We use cookies (opens in new window) for a number of reasons, such as keeping FT Sites reliable and secure, personalising content and ads, providing social media features and to analyse how our Sites are used.
Manage cookies
Accept & continue
Conservative Party UK

As the world looks to UK for a plan, British politics becomes revenge tragedy

George Parker in London and Alex Barker in Brussels

This week, the eyes of the world turned to Britain, hoping to glimpse at least the skeleton of a plan for a future outside the EU.

Instead, they saw both the government and the opposition descend into a Jacobean revenge tragedy, with intrigue, betrayals and political assassinations at every turn.

“What angers me the most is that [they] have turned what was initially an inner-party conflict into a full-blown state and government crisis,” said Frank-Walter Steinmeier, the exasperated German foreign minister.

“You cannot discern that anybody on the British Isles had a plan. Many people are clearly confused that the vote has consequences. In the Conservative party, disorientation clearly prevails and with Labour it doesn’t look much better,” he told Spiegel magazine on Friday.

Last year, David Cameron told the FT he hoped he would be remembered for halting Scottish independence, repairing Britain’s public finances and keeping Britain in the EU.

But by the end of this week, Mr Cameron’s three wishes had unravelled: Britain is leaving the EU, Scottish home rule is back on the cards and now his plan to balance the budget by 2020 has been abandoned.

The enormity of his failure was reinforced at a two-day summit in Brussels this week, where he had to endure a lecture on good governance from Alexis Tsipras, prime minister of Greece.

On the second day Mr Cameron was sent home while the other 27 European leaders continued without him. “The British wanted chaos and they have organised it,” said Herman Van Rompuy, former European Council president.

“His proposal to hold a referendum — I choose my words carefully — was the worst policy decision in decades,” he told Le Vif. “It is comparable with the decision in 2008 to let the US investment bank Lehman Brothers collapse.”

For Ken Clarke, the former Conservative chancellor, Mr Cameron’s six years in office will be remembered for only one thing. “Sadly he’ll be seen as the prime minister who took us out of the European Union.”

As he exited the stage, his would-be successors mounted the most riveting political drama for decades.

Boris Johnson, who led the Brexit campaign with an eye to replacing Mr Cameron, abandoned his own leadership bid after being betrayed by fellow Brexiter Michael Gove, his campaign manager.

Mark Field, a Johnson supporter, said of the back-stabbing: “It’s not a great advertisement. It shows that it’s not just the Labour party that is capable of looking like a complete shambles.”

Jeremy Corbyn, the opposition Labour leader, added his own surreal touch to a sense that Britain was descending into political chaos, refusing to resign even though 75 per cent of his MPs backed a no-confidence vote in him.

Mr Tsipras was surprised that Mr Cameron appeared to have no plan in the event of a Brexit vote, but then neither did Mr Johnson nor Mr Gove. Britain effectively ended the week with no plan, no government and no opposition. 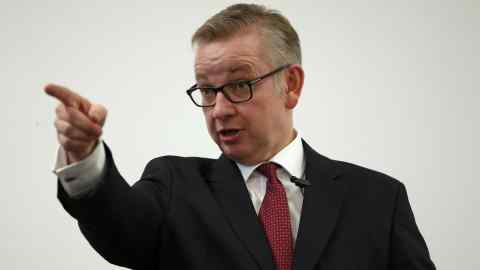 The Greek premier was not alone in wondering how Britain had so quickly descended from a self-confident, economically successful world power into a country more closely resembling Ruritania — or perhaps Greece.

Mark Rutte, Dutch prime minister, said: “England has collapsed politically, monetarily, constitutionally and economically.” He did not mention the national football team, eliminated from the Euro 2016 tournament by Iceland.

Brits in Brussels felt power drain away. For the first time a British prime minister was excluded from a summit so other EU leaders could conspire against them.

For the first time 43 years Britain lost its European commissioner, and portfolio, with no replacement in sight. British diplomats paid to defend their country were reduced to tears in meetings with EU colleagues.

“People compare this to the Suez crisis,” said one senior British official in Brussels. “If only. This is far, far worse.”

Once Mr Cameron had left Brussels, any lingering sense of loyalty to Britain evaporated for many of the 27 EU leaders gathered around the table, according to diplomats present.

The Brexit vote had a galvanising effect for the EU-27, immediately creating an us-against-them dynamic. The priority was self-preservation, even if it came at the expense of London.

Xavier Bettel, Luxembourg’s prime minister, summed up the mood: “We have more need than ever for a united union rather than a disunited kingdom”.

Mr Rutte and French President François Hollande drew what comfort they could from the Brexit vote, arguing that the fate awaiting Britain outside the EU could help to kill anti-European populism at their countries.

The sense of economic and political turmoil has in recent days made it feel like the ceilings are falling down at Westminster and the plaster coming off the walls, but a new settlement is vaguely discernible through the dust.

People compare this to the Suez crisis. If only. This is far, far worse

Theresa May, the “unshowy” home secretary whose admirers like to compare to Angela Merkel, is emerging as a unifying candidate to succeed Mr Cameron with a promise to restore stability to the country.

Although the Brexit vote is causing turmoil in the governing Conservative party for now, many Tory MPs who supported Leave are now turning to Mrs May — a low-key Remainer — to negotiate the terms of exit.

Ms May wants as much access to the EU single market as possible, while still imposing limits on EU migration. This is a trade-off: what is unclear is how high an economic price she would pay to cap migrant numbers.

Some had predicted that the Tory party would split over Europe in the same way it did over agricultural protectionism in the 19th century; in fact there are signs the ruling party could come back together more quickly than thought.

The signs for the Labour opposition are much bleaker. If Mr Corbyn carries out his threat to fight on, mainstream Labour MPs and leftwing activists will be plunged into a conflict which some predict could even kill the party.

“It might be in my party’s interests for him to sit there; it is not in the national interest,” David Cameron told Mr Corbyn in the Commons this week. “For heaven’s sake, man, go!”

After a week in British politics that has resembled a play by John Webster, who wrote in The Duchess of Malfi,

“Whether we fall by ambition, blood or lust,
Like diamonds, we are cut with our own dust,”

one senses that the post-Brexit body count has some way to go.

Letter in response to this report

EU has reinforced the case for Brexit / From David Godfrey-Thomas