British parents received mixed messages this week. On one hand, most children would not be going back to school until September at the earliest. On the other, zoos would be reopening. It’s a shame about the decay in maths and reading skills, but look on the bright side: penguins!

The closure of schools in many countries around the world puts the dilemmas of the pandemic in particularly sharp relief. There are no easy answers, but I worry that the question is not being given enough priority. We are at risk of making a mistake now with consequences that will last.

Children are not at much risk from the virus. As a parent I understand the impulse to protect your own children at any cost, but in England and Wales, just two children from the age of five to 14 have been recorded as having died with Covid-19 between March 28 and May 29. To put those two tragedies into context, over the same time period we would typically expect eight children to be killed in road accidents. Our children are very safe, by historical standards. If they return to the classroom, Covid-19 will not be the biggest risk they face.

When a society closes its schools, then, it is doing so not for the sake of the children. What about the teachers, who must stand in front of 30 little viral vectors while some of us write newspaper columns from our homes? I would certainly not want to demand that my children’s teachers go to work while I stay home — doubly so for those in higher risk groups. But the evidence suggests that most teachers who decide to return to school would not be at grave risk.

Data from England and Wales studying deaths registered before April 21 — many of whom would have been infected before lockdown — found that construction workers, cleaners, care workers, nursing assistants, taxi drivers, chefs and retail assistants were among those at higher risk. Teachers were not. Nobody should feel compelled to enter a workplace where they feel unsafe and we must find ways to make schools safer. But there is no sign that teachers should feel at greater risk than many others.

The final argument to keep the schools closed is that closures might be an essential component of a general effort to contain the virus over the medium term. But are they?

That is unclear. Children will find it even harder than the rest of us to wash hands, avoid touching their faces and maintain distance from one another. Classrooms put them in close proximity, indoors, for an extended period of time. That must risk spreading the virus.

That said, the evidence suggests schools are just one of many places where the virus can spread — and that workplaces are just as risky, while restaurants and public transport are riskier still.

In late May, researchers at the Center for Global Development looked at 20 countries that had reopened schools, usually as coronavirus infections were on the wane. In three of them, there was some evidence — albeit weak — that the epidemic had worsened after the reopening. In most, if I showed you a graph of new cases you’d find it impossible to guess the point at which schools returned.

This doesn’t prove that schools pose no risk. In particular, societies may often open them only when they are sure that other measures are keeping the virus under control. Such measures, for example contact tracing, should not be overlooked. Yet the broad fact that so many reopenings have succeeded does suggest that the risk is manageable when done right.

Meanwhile, what of the risk of keeping classrooms closed? That is higher than many seem to realise. It is damaging for the careers of many parents — mothers especially, I suspect. It is hard to see an economy bounce back when so many people’s jobs depend on their children being safely supervised at school.

As for the pupils themselves, we have evidence from numerous school strikes around the world that children’s education suffers when their schooling is interrupted.

There is an active debate in academia over whether long summer breaks set back the learning of all students, or only that of those who were already disadvantaged. Either way, a break in schooling of six months or more seems likely to put a serious dent in the skills of many, permanently damaging their chances of flourishing.

Schools are trying to provide resources to help children maintain their momentum, but it is self-evident that some of these distance-learning offerings are much weaker than others. None of them can entirely deliver what young children need.

Reversing lockdown is a perilous moment. If it is bungled, and the virus springs back, we risk combining the health costs of openness with the social costs of lockdown.

But we cannot sacrifice our children’s education indefinitely, purely to benefit their elders. The problem of reopening schools has become central to the pandemic response. It requires wisdom, diplomacy and close attention. So far, the British government has displayed none of those qualities.

New York schools have no scope for social distancing / From From Alice Bray, New York, NY, US 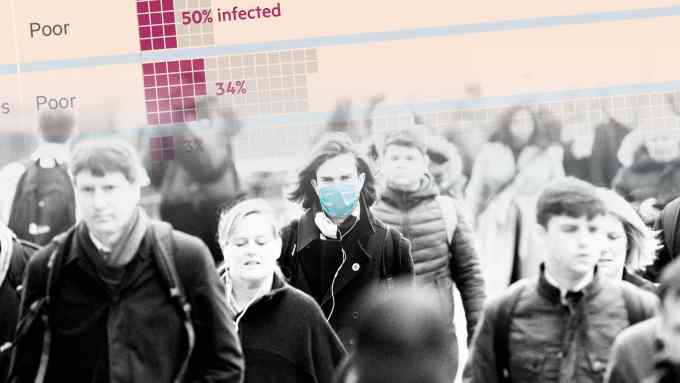