We use cookies (opens in new window) for a number of reasons, such as keeping FT Sites reliable and secure, personalising content and ads, providing social media features and to analyse how our Sites are used.
Manage cookies
Accept & continue
FT Series Frieze LA 2019
See all 9 stories
Collecting

Outside of the main fair, there’s plenty of art on offer in the rest of the city

The Hammer Museum — which prides itself on its free exhibitions and 16th-20th-century collection — opens a retrospective on Sunday of Allen Ruppersberg, the artist and contemporary of Ed Ruscha who helped put Los Angeles on the map as a hub for Conceptual art. Showing over 120 works from a 50-year career spanning the US and Europe, the show includes garish posters of Allen Ginsberg’s Howl, assemblage sculptures and “meals” from his 1969 participatory project “Al’s Café” — such as aluminium plates of cacti and crackers. Elsewhere in the museum, Jamilah Sabur’s immersive five-channel video installation, “Un chemin escarpé / A steep path”, explores the relationship between technology and nature, centred around beautiful shots of her mother’s childhood home in the Caribbean. hammer.ucla.edu

Downtown, two exterior walls at the Museum of Contemporary Art vie for attention. Barbara Kruger’s “Untitled (Questions)”, last shown in 1990, has been reinstalled on an outdoor wall of MOCA’s Geffen Contemporary. The 30ft by 191ft installation asks questions on a fittingly large scale — “Who is beyond the law? Who is bought and sold?” — and was an emblem of the voter registration efforts led by the museum during the 2018 midterm elections. On the museum’s Grand Avenue side, an adhesive vinyl by Njideka Akunyili Crosby, a Nigerian-born artist living and working in LA, fills the boulevard with colour. The collage, which spans multiple buildings, combines images from the subjects of its title: “Obodo (Country/City/Town/Ancestral Village)”. moca.org

Nearby, catch the last days of Iranian artist Shirin Neshat’s video and photo installations at The Broad, alongside Eli and Edythe Broad’s vast display of postwar and contemporary art, which includes works by Cy Twombly and Andy Warhol, and Yayoi Kusama’s “Infinity Mirror” rooms. thebroad.org

In an addition to the Downtown art scene, Susanne Vielmetter (who is also at Frieze) is opening a second gallery, occupying the entire length of a former tyre company’s industrial building. The inaugural exhibition (opening to the public on February 16) will feature work by artists from Vielmetter’s roster. vielmetter.com

At the Institute of Contemporary Art, an exhibition of B Wurtz’s assemblage sculptures based around “acts of eating, sleeping and keeping warm” closes on February 17, but Maryam Jafri’s solo show I Drank the Kool-Aid But I Didn’t Inhale (from Sunday) keeps the theme going by examining the food industry — “still life” works of unsuccessful food products prove fascinating. In another exhibition opening the same day, of photographer Lucas Blalock, surreal ink-jet prints expose the rudimentary processes behind the production of digital photographs. theicala.org

The Los Angeles County Museum of Art, the largest art museum in the western US, opens two new exhibitions on mid-century artist Charles White — a retrospective of his drawings and prints of African Americans (from February 17), and a smaller companion exhibition exploring his role as a teacher (from February 16). Elsewhere in the museum, the 190 panels of Robert Rauschenberg’s “The 1/4 Mile” mix paint and textiles with chairs and traffic lights on an interior wall. It is the first time the panels have been displayed together in their entirety. And a date for your diary: in November, LACMA will hold a mid-career show of works by Julie Mehretu, known for her monumental canvases. lacma.org

Situated in the Barnsdall Art Park, an 11-acre hill site with sculptural installations and a range of buildings, the Los Angeles Municipal Art Gallery — the longest-running space in LA dedicated to exhibiting art — will host two new solo shows from February 14. Highlights of David Alekhuogie’s work — alongside concrete sculptures and photographs referencing hip-hop culture — are his “backboard” paintings, produced by the artist’s repeated attempts to jump and hit the canvas with his hand. Mariah Garnett’s exhibition is centred around her new feature-length film, Trouble, a documentary about the artist’s relationship with her father, filmed in his native Belfast. lamag.org

Across the road, commercial art gallery La Luz De Jesus, self-branded as “the birthplace of pop surrealism” and associated with the Lowbrow Art Movement of 1970s LA, is a small but colourful space. Charcuterie and Cheeze, a group exhibition featuring the work of four artists. Expect bright green horses with enormous buttocks and rabbit-teeth grins. laluzdejesus.com 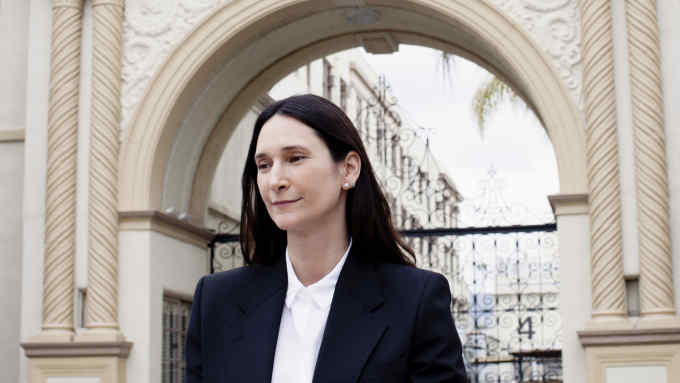