Legal collaboration led to PG&E deal for victims of wildfires

Payout result was possible thanks to creative thinking in the utility bankruptcy. Plus: case studies show the changing practice of law

Few companies provoke more ire in their home state than California-based Pacific Gas & Electric. In June, the energy utility pleaded guilty to 84 counts of manslaughter, the result of its transmission equipment causing the state’s most devastating wildfire in 2018.

The company was already on probation for convictions that followed the 2010 explosion of one of its natural gas pipelines, which killed eight people. In the background, Californians have for years endured planned outages as the company sought to avert more wildfires.

Yet for some, the last straw was when PG&E filed for bankruptcy in January 2019, for fear it would be unable to pay an expected $30bn in damages to wildfire victims.

Erin Brockovich, the consumer activist who was also part of a legal team representing some of the victims of a 2017 wildfire, urged California’s governor to halt proceedings. Ms Brockovich’s fight against PG&E in the 1990s over a toxic chemical released into southern Californian water supplies inspired a 2000 movie about her, starring Julia Roberts.

In the 2019 case, Ms Brockovich doubts PG&E ever needed to file for bankruptcy, even though the company insisted it was necessary. “This is just what these companies do to get out of trouble,” she says. “Nobody wants to see them go bankrupt. But unfortunately, they don’t seem to do the right thing in the first place.”

The PG&E case was the largest restructuring case filed in California and the sixth-largest in the country, says Michael Stamer, part of the Akin Gump Strauss Hauer & Feld team that represented the holders of $10bn in PG&E debt. His clients included asset manager Pimco and billionaire investor Paul Singer’s hedge fund, Elliott Management.

But while Akin was representing the interests of institutional money, Mr Stamer and his colleagues quickly realised that the complex case called for a more multidisciplinary, project-managed approach than a conventional bankruptcy.

“When we first got involved in the case, everybody we talked to — in the governor’s office, the California Public Utilities Commission, the fire victims, investors or contractors — had a consistent sentiment,” says Mr Stamer. “They were unhappy and wanted to find an economic solution. The company needed to emerge from bankruptcy. Quickly.”

Adding to the pressure, California governor Gavin Newsom put a time limit on proceedings. If a deal could not be struck by June 30 2020, PG&E would not be eligible to participate in a crucial wildfire insurance fund established by the California legislature. Akin Gump believed more co-operation between the various parties would be needed to meet the governor’s deadline.

The utility had so many problems that it might have stayed in bankruptcy for years, says Mr Stamer.

One of the biggest challenges in reaching a global settlement was the bankruptee’s initial exclusive right to suggest its own restructuring plan. The exclusivity rule exists to ease the reorganisation process after a bankruptcy, since there is often more potential for chaos and uncertainty when other parties start suggesting restructuring plans, says Mr Stamer.

Yet he and his colleagues David Botter and Abid Qureshi judged that any proposal from PG&E would leave too much value in the hands of the utility’s existing equity owners, at the expense of the bond-holders and the wildfire victims.

Bankruptcy courts are generally deferential to the debtors . . . But we knew our judge was more open-minded

When PG&E failed to develop a plan, Akin Gump put together a proposal to pitch to the judge. “When you’re litigating in bankruptcy court, you need to propose something that is executable,” says Mr Qureshi.

At first the judge rejected the plan. “Bankruptcy courts are generally deferential to the debtors and let them drive the bus for an extended period of time,” says Mr Stamer. “But we knew that our judge was more open-minded.”

Akin Gump tried again, working in an innovative collaboration with both its own clients and the tort victims’ lawyers to find a solution. “The second time around we knew three things needed to come together: a deal with the victims, the support of the governor’s office and ironclad financing,” says Mr Qureshi.

Robert Julian, a high-stakes complex litigation rainmaker, had come out of retirement to help the victims and represent the committee of tort plaintiffs, co-ordinating with scores of lawyers representing 70,000 claimants. “The biggest problem in the case was that there were thousands of northern Californians whose lives were totally upended and destroyed,” says Mr Julian, now a partner in San Francisco at BakerHostetler. “It was a challenge for us to repeatedly get that point across.”

The victims who voted felt the settlement was fair — as fair as it could be, considering they burned down mostly an entire town

Akin Gump approached Mr Julian with a fully financed offer that provided for $24bn in cash and PG&E stock for the victims. Put to a vote, the tort plaintiffs accepted the offer. “To have everyone at the table, and each party with a voice, that’s what’s im­portant,” says Ms Brockovich of the settlement. “The consumer needs to have that voice. I’m really glad the victims got to vote. They’re the ones that matter. They’re the ones that lost loved ones and their properties.”

For Mr Julian, it was important to have “creative result-oriented lawyers” who realise that “time, value, money and speed is everything for the people who have lost everything and need to start again”.

The offer was sufficient to convince the court, and eventually led to a settlement of $25.5bn — including $13.5bn in cash and $6.75bn in stock for the victims of fires in 2015, 2017 and 2018 — and $11bn for insurance companies to pay out claims. Mr Julian says it was one of the largest mass tort recoveries, completed in record time: 18 months.

Legal services
How law in action is evolving 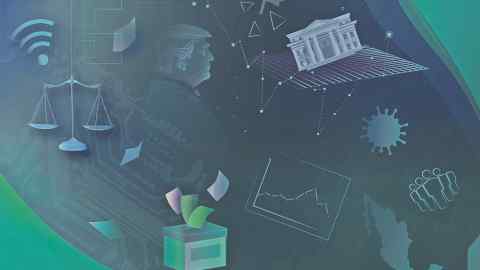 Not all parties were satisfied with the settlement, and there were some dissenting fire victims. But Mr Julian was confident it was the best deal available. Throughout the process, PG&E says it focused on getting victims “paid fairly and quickly”, while continuing to “deliver safe and reliable electric and gas service” and implementing needed changes across the business, “to improve operations for the long term”.

“Working with many stakeholders, including the governor’s office and the California Public Utilities Commission, our restructuring plan included a settlement valued at approximately $25.5bn to resolve wildfire claims; achieved significant savings for our customers through refinanced debt, estimated at approximately $250m annually; and assumed all current power purchase agreements to help the state reach its ambitious clean energy goals as we work to make our system more climate resilient,” says John Simon, PG&E general counsel.

For Ms Brockovich, a good settlement is one that “gets people back on their feet and helps keep PG&E honest”. “The victims who voted felt the settlement was fair — as fair as it could be, considering they burned down mostly an entire town,” she says. “Let’s not forget how many people perished in that fire.”

Case studies: the practice of law

Researched and compiled by RSG Consulting. ‘Winner’ indicates the organisation has won an FT Innovative Lawyers 2020 award; other firms are listed alphabetically