Female economists are making a breakthrough in male-dominated field

Economics has long had a gender problem. Only about a third of economics students are women in the US, UK and Australia. Only one woman has been awarded the Nobel Prize for economics, and the number of women to have led the academic profession on either side of the Atlantic can easily be counted on one hand.

But this male-dominated world is changing. In international organisations and in the public sector women are increasingly being appointed to high profile positions. Once, before she became chair, Janet Yellen was the only woman to hold a top job at the US Federal Reserve. Now there are many more.

Women in the top jobs

Managing director of the IMF. A trained lawyer rather than economist, Ms Lagarde, 62, moved seamlessly into the economics world as French finance minister in 2007 before taking the top role in the fund in 2011. Known for her charm, flawless English and ability to achieve consensus, she has converted many doubters of her economics prowess into staunch supporters.

Poised to become chief economist of the IMF. Ms Gopinath, 46, is currently professor of economics at Harvard University. Having grown up in India, she has achieved a glittering academic career in the US and is best known for her research questioning the benefits of flexible exchange rates as a means of stabilising an economy. Her new job is highly influential, often setting the research agenda globally in international economics.

Chief economist of the OECD. Replacing another woman in the role, Catherine Mann, Ms Boone, 49, leads the work of the economics department at the international organisation representing 34 developed countries. Coming back to the OECD from the private sector and a stint working for the French president, Ms Boone’s task is to help maintain the OECD’s relevance at a difficult time for multilateral institutions.

Chief executive of the World Bank. As the first CEO of the bank, reporting directly to the president, Ms Georgieva, 65, has the role of managing an institution, often regarded as unmanageable. The Bulgarian economist has the required credentials, having had two top jobs in the European Commission, including running its budget, a previous stint at the bank and a PhD in economics.

Chief economist of the World Bank. Ms Goldberg, 55, was appointed to the position in April 2018 from academia, where the US and Greek citizen made her name publishing on the effects of globalisation on the income distribution and inequality in emerging economies, which she sees as crucial to understanding support for free trade. Her job at the bank will also be to manage the often fragile egos of its research department.

Chief economic adviser to the UK Treasury. Holding the top economics job in the UK government since April 2018, Ms Lombardelli, 39, has the role of coordinating the UK government’s advice on Brexit. Known as a tough-minded plain speaker, she rose rapidly through the ranks of the UK civil service, playing a leading role in the financial crisis and in enforcing the austerity policies of the 2010 government. 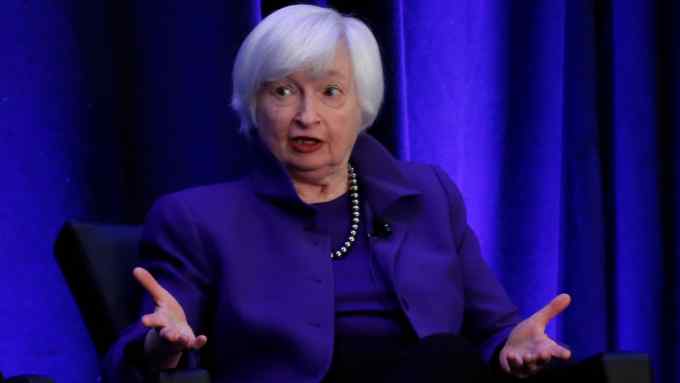