Business disruption insurance: can it help with coronavirus?

As the coronavirus pandemic flattens companies and shuts down entire industries, controversy over how much businesses can claim from their insurance policies is growing.

Companies say they have been paying premiums for business interruption coverage for years, while insurers insist that pandemics are explicitly excluded from such policies.

Business interruption insurance is usually designed to cover the costs of physical damage to a building. For example, if a factory had to be closed for a period after a fire, the insurance would pay out for the lost business.

Like all insurance products, the small print of business interruption policies carries a list of exclusions — and infectious diseases are typically one of them. The insurance industry started to model the impact of epidemics following the Sars outbreak in the early 2000s.

“The insurance industry foresaw what we are seeing now,” says Eric Dinallo, chair of the insurance regulatory practice at law firm Debevoise & Plimpton. “The insurance companies managed this exact risk and exposure appropriately.”

Businesses have been able to pay for add-ons to policies that would cover infectious diseases, but they have not been popular with customers. Indeed, some insurers say that even these additions were not designed to cover the sort of catastrophic damage unleashed by Covid-19.

Huw Evans, director-general of the Association of British Insurers, said: “These covers were written to protect, say, a restaurant against an employee getting norovirus, coming into the restaurant, spreading the norovirus around the premises and then the premises having to be shut for a period to be deep cleaned and the loss of business that would follow.”

“Some people have argued they should cover a global pandemic which affects everything, but that’s not what these policies are for,” he added.

Are there any exceptions?

Potentially lots. While insurers have played down the extent of business interruption coverage for the pandemic, lawyers who act for customers see things very differently.

“We do believe that there is coverage,” said Ben Lenhart, a partner at law firm Covington & Burling. “We disagree strongly with the view that it is generally excluded.”

Lawyers point to the wide variation in language used in the policies. Robin Cohen, a principal at law firm McKool Smith in New York, said her firm had reviewed thousands of policies. “A lot of coverage we’ve seen does not have a virus exclusion at all,” she said. 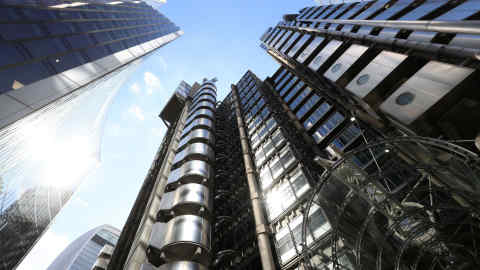 There were strong grounds for saying that the virus had caused physical damage to properties, added Ms Cohen. In the US, the government-ordered lockdown might also trigger claims.

“A lot of governments are ordering people to vacate properties. The virus isn’t causing the loss, it’s the government orders,” she said.

UK-based advisers also say that there is hope for policyholders. According to Alex Balcombe, a partner at claims consultant Harris Balcombe, businesses should look carefully at their ability to claim under “non damage denial of access” clauses, which cover occasions when the policyholder cannot access the premises for reasons other than physical damage.

Will insurers be forced to pay up?

Several state legislatures in the US have introduced bills that would compel insurers to pay out for business interruption, especially to small companies. The insurers may be able to claim the costs back from public funds later on.

However, any effort to force the industry to pay out is likely to be strongly resisted, not just by the insurers but also potentially by regulators.

“I don’t see any regulators jumping to support these proposals,” said Mr Dinallo. “They understand the impact of the exclusions from a financial health point of view — all of a sudden companies could be under financial distress.”

How long will this take to process?

There is a growing expectation among both insurers and their customers that a lot of these disputes will end up in court. Given the variety of policy wordings in place and the sums at stake, litigation is likely to go on for years and incur huge legal costs.

Can I buy cover for pandemics now, or will I be able to in future?

For the moment, buying any sort of insurance that offsets the costs of the coronavirus outbreak is next to impossible. Insurance companies have been tightening the terms of their contracts to leave no doubt that coverage for infectious diseases is excluded.

Over the long term, new systems could be established that will provide some level of coverage.

“There is a need for a long, hard look at how we provide pandemic cover to businesses,” says Mr Evans at the ABI. “What we need to do is look at whether there is a public-private partnership model, which would have to involve very significant state support to enable the provision of affordable insurance to businesses.”

What will happen to insurance prices?

Regardless of whether the insurers end up paying out on disputed business interruption policies, prices are likely to rise. Insurers say they will be paying claims on more than a dozen different types of policy, from travel to directors’ and officers’ liability. There are no firm estimates yet of how much it will all cost, but privately some in the industry say the total bill could easily pass $50bn.