The UK is facing a puppy shortage as demand for new pets among lonely workers and harassed families forced to stay at home during the pandemic sends prices for the animals soaring.

Breeders report that demand for new dogs has risen sharply since the start of the lockdown, with prices being quoted at twice the level before the coronavirus outbreak and waiting lists for new puppies increasing fourfold.

With millions of people now working from home or on extended furlough from their careers, many families are reviving long-held dreams to have a pet to keep them company on socially distanced walks.

“There is unprecedented demand,” said Bill Lambert, head of health and welfare at the Kennel Club, which operates the national register of pedigree dogs.

Inquiries through its puppy portal increased 140 per cent in April compared with last year, said Mr Lambert, who is also a dog breeder. “Normally I get one or two inquiries a month but now it’s four or five a day.”

He said breeders had reported waiting lists for puppies increasing from 100 to 400 people. “Those waiting lists are all full now. People will have to wait as the initial supply has been taken up.”

The Royal Society for the Prevention of Cruelty to Animals reported a 600 per cent increase in visits to its dog fostering pages, and a rise of 30 per cent in its find a pet section.

Adam Levy, regional manager at pets charity Dogs Trust, said: “We know there is a shortage of pups in the UK — demand is just not met by UK breeders and rehomes.”

Crossbreeds, such as cockapoos, which are seen as easier to look after, have been in particular demand, while among pure breeds there has been a sharp rise in popularity of French bulldogs.

Dog charities said the high demand had fuelled a darker side to the puppy trade. Mr Lambert warned there was evidence of “profiteering” among sellers, although numbers were difficult to show given the “cottage industry” of dog breeding. 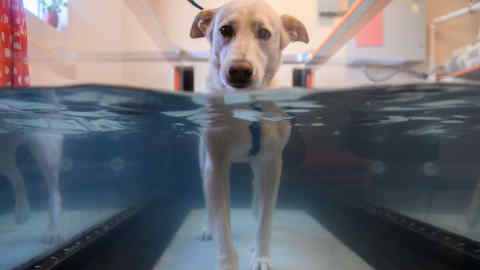 One buyer from Kent, who did not wish to be named, agreed to pay £1,000 for a dog before lockdown but was asked to stump up an extra £800 on pick-up day or lose out to another buyer. This was despite putting down a deposit two months earlier.

Mr Lambert said buyers should seek out credible dog owners, who treat breeding puppies as a hobby, rather than for commercial gain. “We have heard that prices are being ramped up.”

Owen Sharp, chief executive of Dogs Trust, said the number of people looking for dogs on its site had more than doubled. He raised concerns around puppy farming and smuggling, as buyers look outside registered breeders.

Mr Levy noted that there had been a “tremendous amount of dogs brought into the UK”, in particular from Romania. These have been able to travel during the lockdown because they are often brought in on commercial transport.

He added that a large number of pregnant dogs had been brought to the UK, which allows gangs to sell the pups when they arrive. “There is a lot of money to be made. These are often criminal gangs. It’s a very lucrative business with few penalties.”

Dog charities also worry that many unwanted dogs will be handed back when people need to return to work after the pandemic eases.

Mr Sharp said he had already “seen examples of people looking to return dogs because they’re going back to work”. He urged buyers to consider their long-term plans over home working, given their pets’ needs.

He warned that dogs could suffer from separation anxiety if they had grown used to lots of attention.

Peter Pritchard, chief executive of Pets at Home, which has seen strong demand for pet food and equipment, said: “People have had an awful lot more time. I have never seen as many dog walkers in my life.”

But, he stressed, buyers should remember that a “dog is not just for lockdown, it’s for life”.

Get alerts on Animal welfare when a new story is published