By teaching our children why water beats soda, we all benefit

A programme to improve nutrition in schools in Córdoba, Argentina, aims to boost health and the local economy
Martín Llaryora

Shortly after I became mayor of Córdoba [Argentina’s second-largest city], the Covid-19 pandemic began. Many public facilities were closed, including schools, to keep our children and families safe.

Moving education online had a considerable negative impact on the mental health of Córdoba’s school-age population and the availability of healthy, affordable food.

In Argentina, 40 per cent of school-age children and adolescents are overweight or obese, according to the national nutrition and health survey. Nearly half of the country’s schoolchildren consume sugary drinks at least twice a day, a major risk factor for diseases such as diabetes and cancer.

This concerning health trend is not unique to our city. According to the World Health Organization, 8mn deaths a year globally are linked to unhealthy diet — and the pandemic has exacerbated the problem.

But there are proven methods of food provision that lessen risk and improve health. Finding ways to implement them in Córdoba has been a priority of mine as mayor.

Being home to most of the world’s population, cities are well placed to alleviate and prevent the burden of non-communicable diseases and injuries, including by improving access to healthy, affordable foods.

Córdoba’s approach starts with healthier diets for children. Our data suggest young people in the city are consuming sugary drinks frequently and not drinking enough water. Only 44 per cent of school-age children reach the daily recommended intake, according to the Centre for Studies on Infant Nutrition.

Studies have found that the consumption of sugary beverages has a negative economic impact because it decreases productivity. It has also been linked to anxiety and depression in young people.

Based on the evidence, I realised that we had to change something to improve the health of our residents and so we committed to encouraging the consumption of water, starting with the 15,000 schoolchildren for whom we are installing brand new water dispensers.

For the Córdoba Chooses Water programme, we created a working group and developed guidelines that allow us, for the first time, to regulate and oversee state and private school environments to reduce the consumption of sugary drinks in favour of water.

Nutritional guidelines and the tools for implementing them in schools are part of our plan to make Córdoba healthier. We are designing communication campaigns that target children, families, school staff and the public on the importance of healthy food and beverages, including fruit, vegetables and water.

In the next few months, we hope to get final approval from local legislators to turn these initiatives into lasting public policies.

I am proud to say much of this work makes Córdoba a pioneer in the region. The city will also be at the forefront of efforts in Argentina to implement a new national food labelling law in schools, indicating things such as products’ excess fat, sugar, and salt.

The work we are undertaking is crucial to the long-term health of our city, so that our children will grow up healthier and be able to play a productive role in our communities.

Creative, scalable solutions like those Córdoba is pursuing can be a model for other similarly sized and larger cities, and even countries, to adopt and improve the health of their populations.

Martín Llaryora is the intendant (mayor equivalent) of Córdoba, Argentina, one of 70 cities in the Partnership for Healthy Cities, a global network supported by Bloomberg Philanthropies, the World Health Organization and global health organisation Vital Strategies 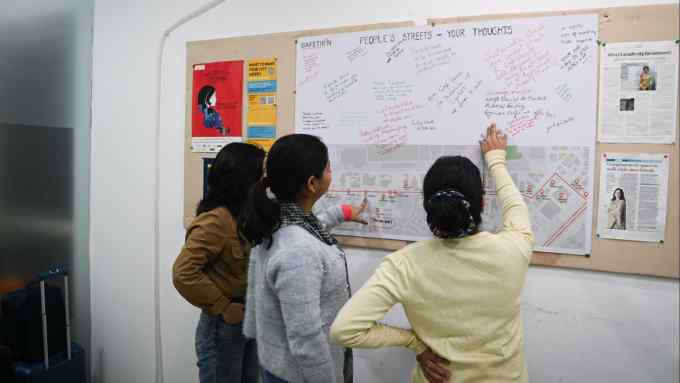