Out of one’s depth: the perils of water at Chelsea Flower Show

Water features are a familiar sight in show gardens, but they can prove problematic for designers — and tipsy gala guests
Jane Owen 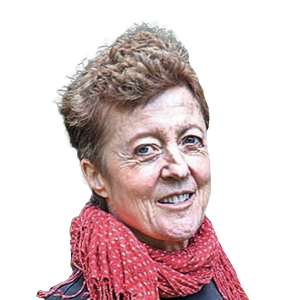 There cannot be many who have seen a Chelsea Flower Show garden from the bottom of the garden’s water feature. And while my underwater encounter may not have been entirely the pool’s fault, water features invariably cause trouble. In fact, they usually provoke more gnashing of teeth and misery than the plants, paths, furniture, boundary walls and incomprehensible judging decisions put together.

And yet, which designer isn’t tempted to have one? The reflected light adds glamour to the dullest plot; still pools bring a calm centre to a frantic garden, fountains add playfulness, and giochi d’acqua (water tricks) add humour and reference Renaissance garden history. All of which may increase a designer’s chance of winning a gold medal and may also explain why Chelsea water features are usually ambitious: the Trevi Fountain meets Chatsworth’s Emperor Fountain and Tivoli’s water organ feature but without necessary engineering skills and construction time.

In fact, it is rumoured that Chelsea fire station used to be on speed dial to rescue failed fountains/amusing water spouts/intriguing hydraulic systems. One story involved a helpful firefighter hiding under water features, hose held aloft, to mitigate the effect of a malfunctioning fountain while HM The Queen carried out her annual inspection of the show gardens.

The story may or may not be true but it has a kernel of plausibility. As anyone who has worked at Chelsea knows, the show provokes extreme behaviour thanks to big budgets, even bigger egos, and deadlines that ensure sleep is unlikely for construction teams and designers.

One gold medal winner, a famous water lily nurseryman, vanquished his water feature problems with the help of the show’s tea-making facilities. The triumphant highlight of his display was to be a giant water lily from the Amazon, Victoria regia, a variety with leaves so strong they inspired 19th-century polymath Joseph Paxton to come up with the structure for the Crystal Palace. When a chilly blast cut through Chelsea that year the water lily nurseryman commandeered battalions of tea urns in order to warm the water in the pool and coax the glorious tropical plant into flower.

The pool from which I discovered a watery view was part of a garden created by Andy Sturgeon, and it still rates as one of my all-time favourites. There appeared to be rectangles cut out of the inky black water — rectangles of inky black void — reaching down into the depths of the pool. The water feature was surrounded by rectangular wood pillars, with similar dimensions to the voids but “planted” at different levels around the pond so that Sturgeon’s classically ingenious planting could be admired at different levels.

At Chelsea, conversation can range from racy discussions about the state of derivatives in relation to pension schemes, to the superiority of auriculas over alpicolas

I was mesmerised and, as the guests left following that year’s charity gala evening, at which the champagne eased conversations between cabinet ministers, the glitterati and the City-rati, I stayed behind with a few others to examine the garden more closely. Teetering from one pillar to the next, as if tripping along the Giant’s Causeway, I examined the planting and pool more closely. Far, far too closely as it happened, which is when I found myself with the unexpected and intriguing view of the garden from the bottom of the pond.

That particular view was more black/confusing/watery than the view a couple of seconds later, when a water-level position, usually reserved exclusively for water boatmen and frogs, gave a perspective of the planting from below.

I have always wondered why hellebores, for instance, aren’t always displayed to be seen from below, given that their flowers usually hang down. As it is, beetles and earthworms usually have a better sighting than anyone over the height of about 18 inches.

It was unfortunate to fall into the pond although, thankfully, Sturgeon’s design had already won a gold medal. But the event made me realise that, faced with the glamour and sophistication of events such as Chelsea, we provincials are sometimes overwhelmed. Would I have lost my balance if hadn’t been so star-struck?

At that time, my day-to-day life revolved around school runs, the company of the odd sheep and a few chickens, and the weekly rhythm of exchanging pleasantries over the cauliflowers on market day. At Chelsea, conversation can range from racy discussions about the state of derivatives in relation to pension schemes, to the superiority of auriculas over alpicolas. The auriculas/alpicolas riff took place years ago with my late hero George Harrison, who was wearing a sort of tea cosy. It (conversation rather than tea cosy) was intoxicating, overwhelming even.

So this year, rather than risk risqué encounters, I have made my annual FT Chelsea Flower Show video without going anywhere near the show’s many water features. And if you happen to find yourself at the gala this year, do what most guests do: stick to networking and ignore the gardens, or at least the gardens with water features. 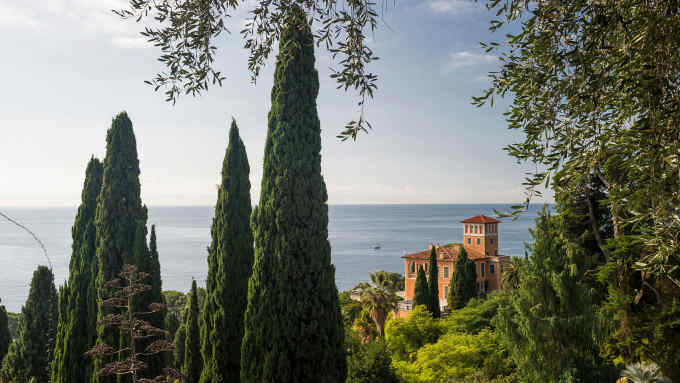