Populists push to roll back rules

In Arizona, it is an offence to tint eyebrows without a licence that requires 600 hours of training and passing an exam. It was only in 2015 that hair braiders in Texas won the right to practise without taking a government-approved course and installing a mandated number of sinks in their salons, and they had to fight the state through the courts to do it.

In the UK, labels on some food products have to explain that cod and salmon are fish, to comply with EU rules on warnings for consumers with allergies. British companies have occasionally added the warning “may contain nuts” to packets of nuts, even though the Food Standards Agency, the regulator, has said that is unnecessary.

Everyone has a favourite anecdote about excessive regulation, and many have offered solutions for addressing it. What is much less widely understood is just what a complex issue it is.

Ideas for tackling over-regulation often seem as obvious as the problem. In 2005 Tony Blair, then UK prime minister, launched a campaign against over-regulation of business that he described as the “one in, one out” principle, meaning that “we need to look for a regulation to be removed when new measures are introduced”. Successive UK governments tightened that requirement to “one in, two out” in 2013, and then “one in, three out” last year.

President Donald Trump, who has set a goal of striking down 75 per cent of US regulations, is also pursuing the idea. In one of his first executive actions, he signed an order stipulating that “it is important that for every one new regulation issued, at least two prior regulations be identified for elimination”.

He has also threatened to “do a number” on Frank-Dodd banking regulations aimed at preventing another financial crisis. 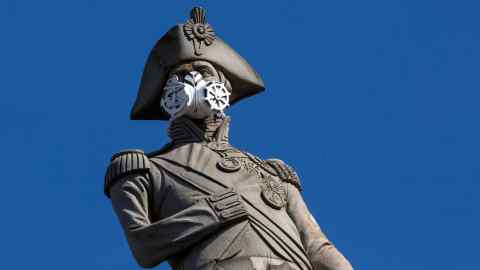 Worldwide, the trend to deregulate business has been gathering momentum. The World Bank counted 283 deregulatory reforms in 2015-16 across 137 countries, up 20 per cent from the previous year. Brunei, Kazakhstan, Kenya, Belarus and Indonesia were among the most improved countries in terms of the ease of doing business.

Simply pushing for universal deregulation, however, may not be a universally successful strategy. While “one in, one out” and similar approaches are appealingly simple and easy to communicate, they can miss or obscure the issues that are central to regulatory policy. Ryan Bourne of the Cato Institute, a free-market think-tank, has argued that while the UK’s effort to focus regulators’ minds on the cost of new rules was probably a net positive, “the results are widely acknowledged to be mixed”.

The trend to deregulate business has been gathering momentum worldwide

Business regulations reflect fundamental political choices about public health, the environment and the rights of individuals, and how those should be balanced against opportunities for innovation and entrepreneurship. Those complex choices cannot readily be boiled down to simple rules. Within 10 days of Mr Trump’s “one in, two out” order being signed, a legal action to overturn it was launched by Public Citizen, a consumer rights organisation, the Natural Resources Defense Council (NRDC), an environmental group, and the Communications Workers of America union.

Mitch Bernard of the NRDC said the order would compromise regulations intended to protect the environment and human health. “There’s no legal authority for directing an agency, just because it promulgates a rule, to rescind two other rules,” he added.

Regulation is also often misunderstood by the public because of deliberate misrepresentation. The European Commission set up a website called EuroMyths, which has more than 500 entries, from warnings about abattoirs being closed by hygiene rules to the fallacious claim that all zoos would be forced to advertise themselves with a silhouette of an elephant.

The EuroMyths website was not entirely effective: many of the same claims about over-regulation were recycled in the successful campaign to persuade the British people to leave the EU in last year’s referendum.

Economic assessments can be central to political debate, as the costs of regulation can be very large, as can be the benefits. A study published by the National Association of Manufacturers, an American business group, calculated that in 2012 regulation cost the US economy about $2tn, or about 12 per cent of GDP. However, the US Office of Management and Budget in the final months of the Obama administration published an assessment showing that the net benefits of “major federal rules” enacted during 2005-15 were $269bn-$872bn in 2014 dollars. This was between two and 11 times their costs of $74bn-$110bn. 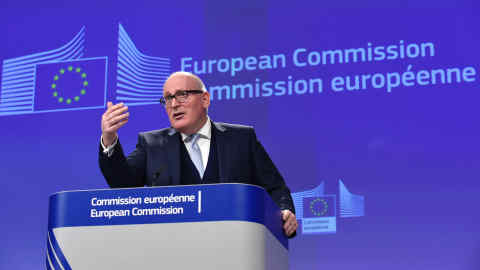 For some of the clearest and most detailed work on the how the positive and negative impact of business regulations might be held in the balance, look at the research and policy analysis published by the Organisation for Economic Co-operation and Development, the group of leading developed economies. In a 2012 OECD expert paper, David Parker of Cranfield University and Colin Kirkpatrick of the University of Manchester reviewed the state of academic knowledge and concluded that there were large gaps in our understanding of the effects of regulation policy.

Their conclusions are not a counsel of despair: there are some results that seem reasonably well-supported, including that regulation can stop new companies entering a market, and that there are clear benefits to conducting an impact assessment before introducing a new rule. But it is clear that the impact of regulation is typically “context specific”. The effect of any rule can vary depending on a country’s economic and political structures, and on its other regulatory and legal requirements.

The OECD’s 2015 Regulatory Policy Outlook backed regulatory reform, saying it provides “a real opportunity to stimulate economic activity at a domestic level”. The message was not, however, that countries should or could simply take an axe to their regulations. Instead, it said, there was a “need for regulatory systems that are more effective in averting serious crises, promoting growth and protecting citizens”.

In other words, the message for policymakers is actually quite straightforward: they need to think carefully about the impact of any new regulation they might want to introduce, or any old one they want to scrap. Understanding the complexity of a regulatory system is difficult. Persuading politicians to appreciate it, too, may be even harder.