Green groups fear EU chemicals reform is ‘off the agenda’

Industry and environmental groups have found themselves united in demanding clarity on reforms to toxic chemical use, following a delay to talks in Europe last month.

The European Environment Bureau (EEB), a Brussels-based network of environmental groups, has labelled the rescheduling of the discussions a “betrayal” and says it could spell the “end game” of reforms to Europe’s regulation of chemicals. An EC 2023 work programme, leaked in October, showed the debate has been delayed by a year.

For industry, the potential delay adds to an already confusing scenario, as the proposals to date fail to provide a “clear plan”, according to the European Chemical Industry Council (Cefic), a trade association.

“What we really need to know is where to start and what [chemicals] are the most potentially harmful,,” says Sylvie Lemoine, executive director of product stewardship at Cefic. “Then we know what to do in the next five years.”

Currently, the proposed changes to the system of registering chemicals in the EU — known as Registration, Evaluation, Authorisation and Restriction of Chemicals (REACH) — would oblige manufacturers to remove from sale as many as 12,000 compounds that have the potential to cause cancer, infertility and other serious health problems.

Further reforms include grouping chemicals into separate risk and use categories, and ending the use of substances of “very high concern” in certain consumer products.

Cefic calculates that the proposals could shave €70bn, or 12 per cent, from chemicals’ groups annual revenues in an industry that already grappling with rising energy prices and supply disruptions. Globally, the chemicals market had been projected to grow roughly 8.4 per cent a year to reach $6.37tn by 2026, according to the analyst firm Business Market Research.

Cefic also warns that more than 40,000 jobs could be lost from the sector’s workforce of 1.2mn in Europe as companies seek savings to balance their rising costs elsewhere. 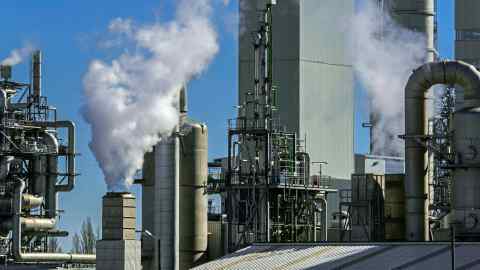 In addition, many chemical makers worry that a blanket consumer ban could make it harder to use hazardous chemicals in non-consumer processes. German group BASF, the world’s largest chemicals company by revenue, warns that the widespread use of chemicals in manufacturing means the EU must ensure any rule changes do not “damage industrial production”.

But campaign groups counter that such concerns are academic if the reforms end up stalling, noting the short legislative window now available before European parliament elections in 2024.

“Relegating REACH to the end of the [European] parliament’s current mandate is the same as taking it off the agenda because it will be impossible for the EU institutions to negotiate in time,” says Tatiana Santos, EEB’s policy manager for chemicals.

Belgian MEP Maria Arena, a member of the EU parliamentary intergroup on cancer, believes delays to the revisions of REACH are “unacceptable”. She says: “It is clear that the chemical lobbies have won and that the profits of the chemical industry are more important for the commission than the protection of European citizens from hazardous chemicals.”

The European Commission rejects such criticism, though, and insists plans for reform remain unchanged.

Updating REACH, which has been under discussion for more than a decade, is seen as a critical step in delivering on the EU’s Chemical Strategy for Sustainability — a core component of the EU’s Green Deal.

Under the new regime, where a chemical is designated as very hazardous and no viable substitute exists, chemical manufacturers would be expected to formulate alternatives. However, Kevin Hoban, director of chemical consultancy group, H2 Compliance, says this would be “expensive and challenging” for producers because of the research and development required, or would result in certain chemicals being “removed from the EU market entirely”.

Regulatory change is accepted by the industry as inevitable, but Cefic argues there should be state support for the transition to less-toxic products.

“The next generation of chemicals that are safe and sustainable by design is set to be a growth engine for Europe but developing them is where public funding should come in,” argues Cefic director-general Marco Mensink.

REACH is designed to bring the EU into line with other tightly regulated markets, such as China and Korea. Cefic’s concern, nonetheless, that its members will face unfair competition from rivals subject to less stringent rules, such as in the US.

Chemical manufacturers’ worries are not to do with specific rule changes themselves, says Mensink, but with implementation: “The commission needs to clearly say, ‘this is what is coming your way in the next two or three decades’, and then sequence this transition logically.”

Proponents of the reforms argue that companies should embrace a cleaner, safer future as a market opportunity.

That way, materials of concern are avoided “from day one”, Walker adds. “If a chemical company comes to us and says this product is better because the alternative product is likely to be regulated out of use, then that is obviously compelling.”

Even so, most producers remain nervous about sharing anything but the most minimal data about the specific chemistries of their products.

Such reticence presents a problem for regulators. According to a recent EU assessment of company dossiers submitted to the European Chemicals Agency — the body responsible for registering substances, — some 93 per cent lacked the critical hazard information required by law.

Data sets submitted to the ECA are also confidential, leaving investors and industry clients ignorant of any toxicity-related risks. This makes it “very difficult” to determine which companies are actively reformulating their products or replacing hazardous substances, says Sonja Haider, senior business and investment adviser for research group ChemSec.

Investors are starting to consider the risks posed by hazardous substances. This shift, Haider says, is partly explained by a spate of lawsuits in the US concerning harmful “forever chemicals” — per- or poly-fluoroalkyl substances (PFASs) — in everyday consumer products, from laundry detergents to paints and non-stick pans.

Last year, for instance, DuPont and two of its spin-off companies were fined $4bn for their historic use of PFAS substances in their Teflon and other non-stick products.

“You’ve already lost a lot of money if you have investments in these companies over the last few years, so investors are realising there is a risk here and they should look at it,” says Haider. 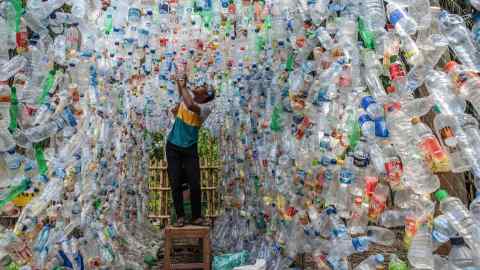 Consumer companies are at increasing risk of such litigation, warns Apolline Roger, chemicals lead at the environmental law charity, ClientEarth: “But, even if they wanted to know precisely what hazardous substances are in their supply chains, they would have trouble doing so in the current system.”

The chemicals industry has at least shown a growing willingness to co-operate on wider sustainability issues. Groups including BASF, Dow Chemical, Sabic, and Solvay, have committed to sharing knowledge to reduce investment risks in green technologies as part of the World Economic Forum’s (WEF) Low-Carbon Emissions Technologies (LCET) initiative.

The challenge now is to apply the same model to other sustainability areas, reckons Charlie Tan, LCET’s lead at WEF: “Companies coming together to do joint research will always have a competitive nature, but now there is appetite to expand the space for collaboration.” 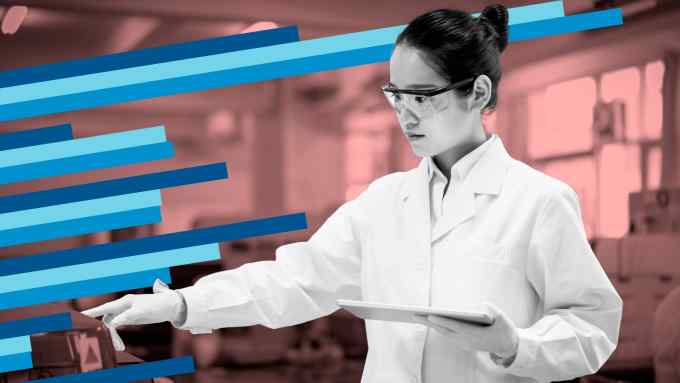