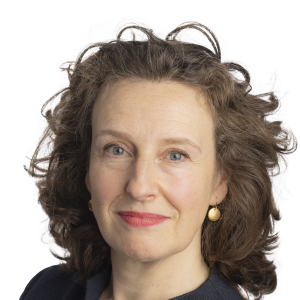 The internet was born amid dreams of an unfettered utopia free of governance or regulation. Today, as arguments rage over how to address extremism and exploitation online, the social networks have become a battleground. This, John Gapper suggests in his column, was inevitable because all common spaces are at risk of being despoiled as each of us uses them for our own purposes. Think of overgrazed land or polluted seas if you want a physical parallel.

The great benefits of social networks were always destined to be offset by bad actors, and that is their tragedy. The question is what kind of content monitoring can be effective without changing the very nature of these communal assets.

And when Mark Zuckerberg professes his horror at fake news stories shared on his site, John observes, he risks resembling the police chief in Casablanca pretending to be shocked that there is gambling going on at Rick’s.

Educating the president: Jim Mattis, in his role as secretary of defence in the Trump administration, is the one reason the rest of us can sleep at night, writes Edward Luce. He and his staff have as their strategic priority filling in the considerable gaps in the president’s knowledge of diplomacy and foreign affairs.

Will Harare open up? David Pilling argues that Zimbabwe, under new management, has a chance to welcome foreign investors without perfecting its democracy and so, albeit on a smaller scale, mimic China’s economic success.

Gold-plated ivory towers: How much should vice chancellors be paid? Bath University has tested the patience of students, academics and public opinion to breaking point on high pay at the top of English universities. I argue that the new regulatory framework could encourage more transparency and restraint.

Meghan Markle, the Hallmark star set to marry a prince — by Sarah Larson in The New Yorker

“…Denis Healey once remarked that “when in a hole stop digging”. Unfortunately the prime minister will go on digging until she (or someone else) takes on these zealots.”

Why water divining has never failed me - letter from Simon Herring in Lincs, UK

“Sir, Andrew Hill’s claim that water divining is a “medieval pastime” (“The magical thinking that misleads managers”, November 27) is unfortunate and highlights his misunderstanding. I have used this method to find underground water pipes many times and it has never failed me. I find metal coat hangers cut and bent appropriately do the job. Maybe he should take a “leap of faith”, try numerology or chants and mantras, (probably not human sacrifice), he might be surprised by what is possible.”

“The equivalent in English is the use of “she” in impersonal settings, where previously “he or she” had replaced “he”. “He or she” is ugly and unwieldy, but I get where it’s coming from. There is no justification whatsoever for using “she” to refer to anything other than a woman (with a few exceptions). Look at Hungary, where sexism is very much alive and well, whose language makes no distinction between he and she; there is only “õ”. Consider German, which uses the same word for she, they and polite you. Italian which uses the same word for polite you and she. And so on and so forth. The best solution is “they”. Consider, say, a bag left on a station platform: “oh look, someone’s left their bag.” Or “no one would do it that way, would they” It’s barbarous to seek a solution that so grotesquely wrenches language from its historical roots. It would be anti-PC gone mad to echo Basil Fawlty’s “this is just how Nazi Germany starte”, but as the article intimates it gives the barbarians at the gates just one more excuse to forget about real issues and stir up the poor in spirit for malicious ends.”

FT View: US consumer financial protections in jeopardy President Trump is moving ever closer to abolishing a critical agency

FT View: Hard lessons on settling the Brexit divorce bill May is close to a breakthrough but the real battle is still to come

The time is ripe to clean up eurozone banks’ bad loans As the economy recovers, lenders should use all the means at their disposal

Instant Insight: English university bosses test the limits of shamelessness Huge pay at the top is not the only problem for the institutions, writes Miranda Green

Free Lunch: Racism v economics, again What sort of anxiety got Trump across the line?

Opinion today: Living on thin air Why does the rise of intangibles matter?

Vladimir Putin won the Syria war, but can he keep the peace? A soft partition of the country could have ramifications elsewhere in the Middle East

FT View: US consumer financial protections in jeopardy President Trump is moving ever closer to abolishing a critical agency

FT View: Hard lessons on settling the Brexit divorce bill May is close to a breakthrough but the real battle is still to come

The Big Read: Scientists discover new optimism in fight against Alzheimer’s Routes are opening up potentially to prevent or reverse damage that leads to the disease