Currency-hedged exchange traded funds remain resolutely out of favour in the US — despite posting outsized returns in the past year.

The largest currency-hedged ETFs in the US all comfortably outperformed their unhedged equivalents last year, helped by the strength of the dollar, which rose 6.7 per cent against a basket of six other developed world currencies, as measured by the DXY index.

Yet the collective assets of US-listed currency-hedged ETFs — which neutralise the movement in foreign currencies against the dollar while still providing exposure to overseas assets — ended last year at just $16.9bn, according to Bloomberg data.

This tally is down by almost three-quarters from the year-end high of $61.3bn in 2015, despite the wider US ETF industry having more than tripled in size since then, according to figures from ETFGI.

The popularity of currency-hedged ETFs exploded in the US in 2014 and 2015 as the DXY index rallied by 23 per cent, a significant rise for a developed world currency, in two years, eroding returns for unhedged US investors.

The greenback’s gains were particularly sharp against the Japanese yen, which plummeted after the government of then Prime Minister Shinzo Abe pursued an aggressive policy of quantitative easing.

“Currency-hedging took off after Abe got elected in Japan. Abe was like the [latter-day US Federal Reserve] on steroids,” said Eric Balchunas, senior ETF analyst at Bloomberg Intelligence, with WisdomTree’s Japan Hedged Equity Fund (DXJ) a leading beneficiary.

“Then currency-hedging started in Europe. They were outperforming by 20-30 [percentage] points,” he added.

“WisdomTree shot up the league tables. Every asset manager that had an international equity ETF launched a currency-hedged alternative to give investors a choice,” said Todd Rosenbluth, head of ETF and mutual fund research at CFRA Research.

The decline in the format was almost as swift, however, as a slide in the dollar index from a high of 103.3 in December 2016 to 89.4 in early January 2021 eroded returns and meant dollar-based investors were better off using unhedged vehicles to access European and Japanese stocks.

Last year, though, the greenback rallied again, with the DXY index gaining 6.7 per cent, allowing hedged ETFs to shine once again.

The iShares Currency Hedged MSCI EAFE ETF (HEFA), for example, at $3.4bn the largest currency-hedged fund, returned 19.4 per cent, comfortably ahead of the 11.2 per cent gain of iShares’ MSCI EAFE ETF (EFA), its unhedged sister product.

Yet despite these successes, the 26.9 per cent uptick in the sector’s assets last year lagged behind the rate of asset growth witnessed by US-listed ETFs at large, and were suggestive of very limited inflows.

“About 70-80 per cent of the money left. Then [currency-hedging] started working again and nobody cared,” said Balchunas.

“There are probably some investors that will use them, but not the mass market. They are not into currency-hedging any more. [The ETFs] still have more assets than they did before Abe [in 2012], but [it’s a case of] rags to riches to barely above rags,” he added.

Rosenbluth believed investors had been “burned” by the poor showing of currency-hedged funds in recent years.

“They are less likely to come back for a second bite of the apple. They touched something that was too hot, they got burned and now they are hesitant to do it again.”

Moreover, Rosenbluth said many of the currency-hedged funds that launched at the height of the boom have since disappeared due to lack of demand.

Even WisdomTree, the manager that propelled the original boom, has largely moved on, Rosenbluth argued.

“[WisdomTree] was such a big proponent of currency-hedging. It was where they put their marketing dollars,” he said, but the New York-based issuer has since diversified into areas such as thematic ETFs, cryptocurrencies and leveraged and inverse products.

“I don’t think the education of investors as to the benefits of currency-hedging is as prevalent,” Rosenbluth added.

Can the strategy yet make a comeback?

Andrew Jamieson, global head of ETF product at Citi, said if there was a “compelling argument to buy [say] a currency-hedged Japanese index product people would”, but compared to the mid-2010s, ETF investors were now “spoilt for choice”.

“We have battery tech, clean energy, online gambling, meme stocks, crypto ETFs, you name it. That is what is capturing the imagination [of retail investors]. That is the reason [currency-hedged] products are not the titans they used to be.”

Balchunas said that once investment strategies slipped out of favour it could be hard to regain widespread acceptance.

“Once something stops working and people move out of it, and then it starts working again, can you get investors back? What we found with currency-hedging is not in that case.”

Rosenbluth also saw little chance of a large-scale comeback. US retail investors “are often home biased and like to take the simple route, and likely don’t have the confidence to forecast currency movements”, he said.

For a comeback to happen, “we would need to see a prolonged period of outperformance”, he said. 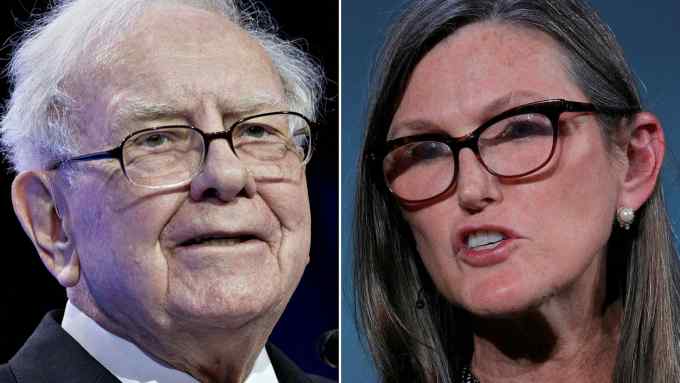