Funds to pick for volatile times 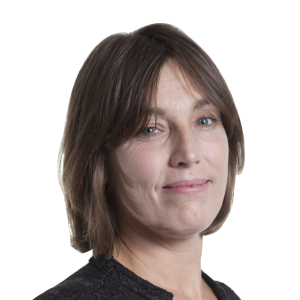 With all the market turmoil over the past few weeks, it is easy to forget why it is that we — the we in this case being us ordinary investors — actually invest. We aren’t in markets to fiddle around with complicated financial instruments in the hope of outsmarting someone else and making a quick buck. We are looking to buy into fundamentally well-run listed companies that will grow both our capital and our incomes at a price that makes sense both in absolute terms and relative to other assets.

With that in mind this week, I don’t want to talk about quantitative tightening, wage inflation, interest rates, Jay Powell or Mark Carney. I’m bored with all of it — as I suspect you are too. Instead, I want to offer a little good news from the industry and then look at a couple of funds I’ve been meaning to mention for a while.

The good news is that one of the worst parts of the investment industry is slowly dying. I speak, of course, of closet trackers. These are funds that call themselves actively managed and charge as though they have teams of clever people either rushing around the world identifying fabulous investment opportunities and crunching endless numbers in a quest to get their hands on those investments on the cheap. But, actually, they do little but buy and hold the firms that make up the index they are supposed to measure their performance against.

There are a variety of reasons to loathe both these funds and the firms that provide them. There is the needless expense. There is the underperformance (if you track an index and charge a high fee, odds are you will underperform it). There is the general dishonesty. And finally, there is the fact that they give the whole business of active management a bad name: strip out the closet trackers from the numbers and it is harder to make the case that the average active manager always underperforms the market after costs.

The good news is that these irritants are on their way out. Thanks to rising investor awareness and a welcome focus on costs, they are being abandoned in favour of either genuine low-cost trackers or properly active funds.

Simon Evan-Cook of Premier Asset Management has crunched the numbers. In 2014, he says, 28 per cent of UK equity funds were closet trackers (as defined by having an “active share” of 60 or less where zero is holding exactly the same shares as an index and 100 is having none of the stocks in an index).

Altogether, about 60 per cent of the market can now be considered to be active (as defined by having an active share between 60 and 80) or highly active. That’s up from 53 per cent. These numbers refer to funds invested in UK equities only but I think (I hope) we can extrapolate them across all sectors. This is great.

The industry likes to argue (a lot) about whether ordinary investors should be invested in passive funds or in active funds (I’d go for a bit of both). But absolutely nobody is arguing for closet trackers. Good riddance to the ones that have been squeezed out already. Fingers crossed that the rest follow.

Your next question will be about the kinds of funds that have driven up the active and highly active fund percentages. What are they, where are they, which ones are good and how can you get your hands on them?

The first thing to say here is that star fund manager Neil Woodford’s departure from Invesco Perpetual to set up his own fund management company is (as ever) having an effect on the statistics. His old funds had an active share of just under 80. His new ones have one of more than 80.

The second is that being a highly active stockpicker, while often an indicator that your performance will be good, is in no way a guarantee. Things aren’t going particularly well for Mr Woodford at the moment (his flagship fund has slightly underperformed the FTSE All Share since launch) and there are bound to be some fund managers who have felt forced by their investors to be more active than they feel comfortable with.

We will find out who they are over the next few years. So, on to the interesting active funds du jour. I’m keen on emerging markets at the moment. First, because, as Peter Warburton of Economic Perspectives points out, if the thing to be scared of at the moment is the unwind of extreme monetary policy, surely one should keep one’s money in places where there hasn’t been any.

And second, because they look like they offer a bit more value than overpriced developed markets. Sadly, one of my new favourites, the HMG Global Emerging Markets Fund, which invests only in high-quality, low-priced, dividend-paying listed emerging market subsidiaries of long-established developed market companies (such as Sanepar, the Brazilian subsidiary of Vivendi) isn’t open to individual investors. To access the fund, you will have to bully your wealth manager into buying it for you.

There are good alternatives, however. The Cadence Strategic Asia fund is about as active/high conviction as it comes: the managers hold just 20 stocks they see as “undervalued in relation to their future cash-generating ability”.

M&G Global Emerging Markets has rather more holdings but also an attractively high active share and a firm value bias (which I like). Outside emerging markets, you’ll get pretty clear active management from Gary Channon’s Aurora Trust, which I hold myself (and so do family members). Aurora holds fewer than 20 positions in stocks purchased at prices that “even with low expectations will deliver excellent returns”.

Otherwise look at the Scottish Investment Trust run by Alasdair McKinnon (I also hold this one myself). It is global, high conviction and contrarian — pretty much everything the modern fund investor should look for in an investment.

Finally, if you want to delegate all your decision making and buy a fund of interesting active funds you could do worse than look at Mr Evan-Cook’s Premier Multi Asset Growth and Income fund. It is invested in the HMG fund I mention above and — unusually for a fund of funds — is a regular outperformer despite its double layer of costs.