Help us find the 50 ideas that can change the world

From fountains to yoghurt, innovation comes from the unlikeliest places

The Financial Times is looking for 50 ideas with the power to solve the challenges facing the world in five important areas: population; energy and resources; skills and education; health; nature and the universe. We invite you, our readers, to help us devise a list of these ideas.

Over the next six months we will be presenting the best ideas in a series of online articles and videos. They will be judged for their transformative potential, to solve pressing global problems or enhance human life, by a panel of outside experts and FT journalists.

Spotting an important innovation is difficult. Many of the technologies that we take for granted today originated in the unlikeliest of places, often by accident, and took a long time to become truly useful.

Take fibre optics, the basis of today’s communications networks. Its starting point was a remarkable discovery made in 1841 by the Swiss physicist Jean-Daniel Colladon. He demonstrated that light, which everyone had always assumed travelled in a straight line, could be guided along a curved path inside a jet of water.

Colladon’s light-bending feat, promoted through public performances and a scientific paper, led to some spectacular special effects in theatres and parks during the 19th century when combined with newly developed electric lighting. The early 20th century saw the phenomenon, known as internal reflection, applied on a relatively small scale to medical instruments that directed light down glass rods to illuminate internal examinations of the human body.

But the use of fibre optics for communications did not start until the 1950s, first in university labs and then in the telecoms industry. Today, bundles of glass fibres, their composition optimised to reduce leakage of light pulses, have largely replaced copper cables for new telecoms installations.

The timescale between discovery and large-scale application is not always so long, though periods of several decades are normal. When scientists at General Electric made the first visible light-emitting diode in the 1960s, they were trying to create a better laser rather than an efficient replacement for incandescent bulbs. Mass commercialisation of LEDs only started about 10 years ago but by 2020 they will dominate lighting worldwide.

Graphene, hailed as a super-strong, fantastically flexible wonder material for the 21st century, was first isolated in 2004 by two Manchester university researchers in a semi-serious “Friday night experiment” session, when they removed flakes from a lump of graphite with sticky tape — and discovered that the thinnest were just a single carbon atom thick. Myriad applications are predicted for graphene in a wide range of industries, from sports goods and aerospace to electronics and healthcare, but it is too soon for a mass market to have materialised yet.

The military has been another vital source of technologies that have transformed society. The US Defence Department planted the scientific seeds for both the internet and GPS satellite navigation during the 1960s — with a particular spur for the latter being the need to improve bombing accuracy during the Vietnam war.

In biotechnology today’s big excitement is the new gene editing method called Crispr. The first large company to investigate Crispr was Danisco, the Danish food manufacturer, which was looking to make its yoghurt microbes more resistant to viral infections. Danisco researchers studied how the bacterial immune system recognises and destroys the DNA of an invading virus with a special enzyme and used the insights to create disease-resistant cheeses and yoghurts.

The idea that the process could be developed into a gene editing tool came some time later, when university scientists discovered how to extend this Crispr mechanism into a general method of manipulating the genes of any living organism more quickly and precisely than the techniques used over the past 40 years.

The long-term nature of innovation is frequently illustrated by the annual Nobel Prize citations. They are typically awarded to scientists in late middle age or old age, when the importance of work they did decades earlier has become clear. All the 2016 Nobel science prizes recognised work done more than 30 years previously.

The signal that a discovery is significant may be large-scale investment for a commercial innovation, or a rush of publications and media attention for an intellectual revolution.

Can you spot an important innovation?

Although it is hard to spot really important innovations in their infancy, trying to do so can itself stimulate creative thinking. We are looking for new ways to address the challenges of population growth, resource scarcity, environmental protection, education, health and our understanding of nature and the universe as a whole.

We will come up with candidate ideas, which we will illustrate in a series of online articles and videos over the next six months. Can we change eating habits by growing meat in a lab or converting people to mass consumption of insects? Can we prevent or cure disease by editing the human genome? What imaginative new applications of artificial intelligence might appear? Are new materials in the offing that could surpass graphene or offer other exciting possibilities? Could we improve the so far fruitless search for intelligent life elsewhere in our galaxy?

We are looking for innovations that are far enough developed to have some supporting research to show that they work, perhaps a prototype or a study to validate the concept, but are not yet in widespread use. Though far-fetched fantasies will not be considered, we welcome candidates that seem surprising at first but potentially fruitful on further consideration. Many of the ideas will inevitably come to nothing but we would like to look back in 20 or 30 years and think: yes, we did choose a few winners.

Please submit ideas to us at ft.com/50-ideas, where you can find more guidance. You can also email 50ideas@ft.com or tweet using the hashtag #FT50ideas. With the help of our expert judging panel, we will select the ones we think have the most potential. Think creatively!

By submitting your idea to the FT for consideration you agree that it (i) will be treated as having been submitted on a non-confidential basis, (ii) it may be used by the FT in articles (to be published in print and/or online in FT.com) as part of the “50 Ideas” project and (iii) where applicable, you agree to provide the FT with a worldwide, non-exclusive, royalty-free licence to reproduce, use, modify or reference any part of your submission for any purpose whatsoever and in any media, whether or not currently invented (and you warrant that you have the necessary rights to grant this licence). By submitting their idea, the entrant warrants that the content of their entry does not in any way infringe the intellectual property rights (including copyright, design rights and trade marks) of any other person. If it is discovered that an entry is not the original creation of the appropriate entrant and/or breaches another person or company’s intellectual property rights, the FT shall be under no requirement to include the entry as part of the project. 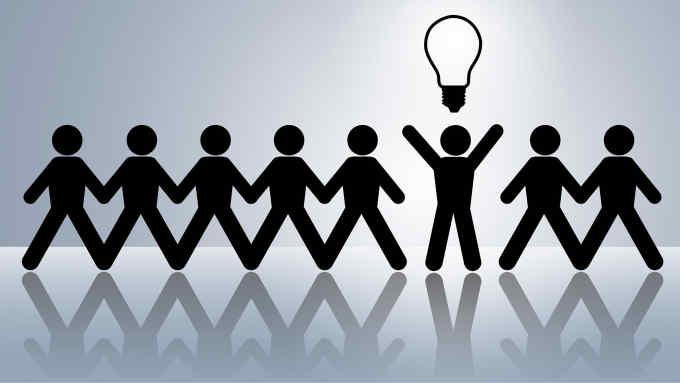