Lead the way with 50% off
Art on the West Coast: Frieze Viewing Room and LA Art Week
Collecting

As gallerists in Los Angeles prepare for a major art week, including the LA edition of the Frieze Viewing Room (July 27-August 1), there is a sense that the West Coast art market is well suited to a post-pandemic mindset.

“It’s as if the rest of the world has caught up with us,” says Esther Kim Varet, co-founder of the city’s Various Small Fires gallery. “During the pandemic, people moved to Los Angeles out of New York and elsewhere. We have the space, the weather and the work-life balance that are now more relevant.” Fellow local gallerist Paul Soto finds that “many groups of collectors in LA were very active during the pandemic and I think this activity made it feel like a very desirable place to be physically in terms of the business — it has always been a desirable place in terms of the lifestyle.”

Also helping Los Angeles is its relative proximity to Asia, responsible for much of the broader art market’s demand at the moment. “We share the Pacific, there’s always been a natural bridge,” says Kim Varet, whose gallery opened a second space in Seoul, South Korea, in 2019. Frieze too has made the link, with its next fair launch planned for Seoul next year.

Galleries elsewhere feel the attraction. Miami’s Bill Brady Gallery has recently opened in LA, with Harper’s joining the fray later this year, while there are unconfirmed rumours that David Zwirner also has West Coast plans. All are building on momentum that began before the pandemic — Frieze launched its LA fair in 2019 and was able to get its second edition in before Covid-19 struck down most such events. Out-of-town galleries in previous waves into LA have included Hauser & Wirth and Sprüth Magers, joining the likes of homegrown heavyweights David Kordansky and Regen Projects as the city grew in art-market stature.

Initiatives that kept the ball rolling during the lockdowns included Gallery Platform LA, an online collaboration between 80 of the city’s art dealers, run through the Gallery Association Los Angeles (GALA). This is not to be confused with Platform: Los Angeles, a separate initiative that gave 13 emerging art galleries the heft of David Zwirner’s website. Meanwhile, the Los Angeles sunshine offered opportunities for sculpture shows through artist-run spaces such as New Low as well as commercial galleries. Parker Gallery, near Hollywood, immediately opened an outdoor show once its indoor space had to close. “In a way, the pandemic reminded us of what we could do,” says gallery founder Sam Parker.

The gradual move back to “in real life” shows and events brings a renewed energy to the younger but well-established local gallery scene. Many are taking part in the third edition of the Felix Art Fair (July 29-August 1) as well as in a new gallery weekend run by GALA (July 28-August 1). “The gallery weekend will be essential to continue all of this fervent LA energy in the future,” Soto says.

Of the 47 galleries participating in next week’s Frieze Viewing Room, nine are LA-based dealers who would normally qualify for the fair’s Focus section for galleries under 15 years old. It’s partly the pull of the Frieze brand, which is not lost on any exhibitors. “Frieze has been the perfect fair for this city and has been a big part of conferring value on the gallery,” says the Chinatown dealer Charlie James. Adam Miller, co-founder of Glendale’s The Pit, highlights the “helpful context of being affiliated with Frieze”.

The risks are also much lower for an online fair. A showing on the Frieze Viewing Room costs $1,800 for the younger galleries, whereas a real-life event can run to tens of thousands of dollars. “For smaller exhibitors, without many staff, [physical] fairs are a big deal,” James says. Various Small Fires gallery is using the online showing to offer works on paper, all priced at less than $15,000. “In my experience at least, during 2020 and beyond, people have been more likely to buy a higher quantity of lower-priced work than risk it all on one piece,” says Miller, who has a selection of gallery artists on view, generally priced below $20,000.

LA gallerists who sell lower-priced work say they still plan to keep showing at physical art fairs once these return, though, as for most in the industry, they don’t expect to attend as many events now that they have learnt to survive — and sometimes thrive — without. Keeping costs down remains a priority. “Fairs like Frieze and Art Basel were already taking steps to ensure that it isn’t such a financial struggle and these initiatives will need to continue and expand to ensure the health of the ecosystem,” Soto says.

The ecological impact of these temporary and often far-flung events is an additional factor. “The question for me and for a lot of people is how fairs are going to lighten their carbon footprint,” says Kim Varet. “Globalisation always comes with a cost, so how are they creating offset opportunities?” It is something preoccupying artists too — her gallery opens a solo show next week by Sean Raspet (July 28-September 11) for which the artist has grown dozens of species of genetically modified flowers to draw attention to the removal of carbon dioxide from the atmosphere.

LA’s more socially-minded, less market-driven gallerists have found the art market catching up with them. “We are quite a political gallery, we’ve been shaped by it since our founding [in 2008]. Now the art world is pivoting towards our programme and values, incorporating, for example, artists of colour,” says Charlie James. Artists that his gallery has in the Frieze Viewing Room include Narsiso Martinez, a migrant from Oaxaca, Mexico, who paid for his studies, including a BFA from California State University, through nine seasons of farm labour. Martinez, who features agricultural work through his drawings and installations, is now one of the gallery’s most sought-after artists, James says.

All the dynamics point to a moment for Los Angeles and its emerging artists to shine. As Kim Varet sees it: “I feel like I am in the right place at the right time.” 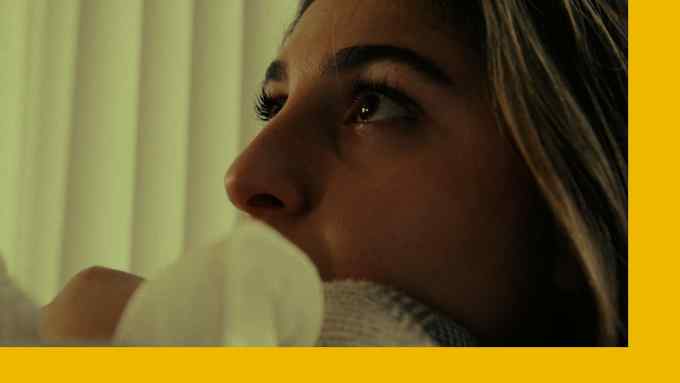