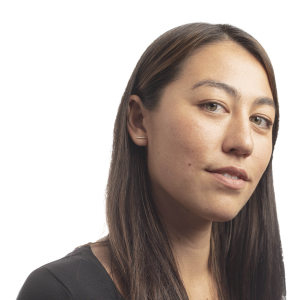 When news of Pfizer’s vaccine breakthrough landed on Monday, Citigroup’s head of rates strategy Jabaz Mathai was quick to point out the likely impact on the $20tn market for US government debt.

The development was “unambiguously bearish” for Treasuries, he wrote in a research note published within hours of the announcement. A move above 1 per cent for the benchmark 10-year Treasury note was “coming soon”.

Sure enough, Treasuries tanked on Monday, sending yields — which lift as prices fall — spiralling higher. The move was most pronounced for longer-dated securities, with the yield on 10-year Treasuries rising to an eight-month high of 0.97 per cent from about 0.8 per cent the previous Friday. As the week progressed, bond yields fell back below 0.90 per cent.

All week, investors have urged caution about the outlook for Treasuries. Many take a similar view to Mr Mathai, arguing that 10-year yields breaching 1 per cent is entirely plausible.

But the trajectory from there is far from certain. Rather, investors are trapped in what Mohamed El-Erian, president of Queens’ College at the University of Cambridge, said was a “massive tug of war” between pricing in the spectre of renewed economic pain and the “light shining brighter at the end of the Covid tunnel with the vaccine”.

For Subadra Rajappa, head of US rates strategy at Société Générale, that battle means 10-year yields will struggle to surpass 1.1 per cent in the near term. Kevin Walter, co-head of global Treasuries trading at Barclays, said they could even fall back to 0.8 per cent.

Beyond the surge in coronavirus cases worldwide and the return of some lockdown restrictions in certain US states and cities, investors have also become more attuned to the risk that a vaccine may take longer than initially expected to be administered broadly.

“That is one of the reasons there has to be some tempered enthusiasm around markets from here,” said Rick Rieder, chief investment officer of global fixed income at BlackRock, the world’s largest asset manager. He sees 10-year yields moving no more than roughly 0.2 percentage points higher from current levels.

If the next US government stimulus package is too stingy, that could also buoy demand for Treasuries, keeping a lid on yields. Many fund managers had expected prior to the November 3 election that an aggressive spending package in excess of $2tn would arrive early next year and help to fuel growth and inflation. But the sweeping Democratic victory that was tipped to deliver such a stimulus failed to take shape. 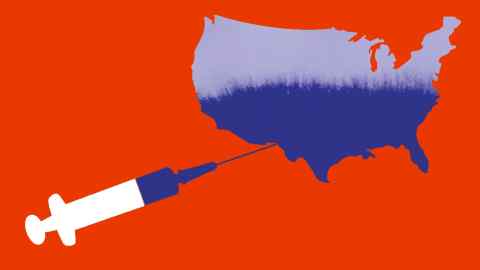 While Joe Biden defeated Donald Trump for the presidency, Democrats struggled in their efforts to seize control of the Senate from the Republicans. Two run-off elections in Georgia will determine the distribution of power in the upper chamber and, probably, how much more support the economy will receive. Republicans are expected to insist on a much smaller programme, strategists say.

If Democrats win, “it is a flick of a switch taking you from a divided government to a small blue wave”, said Richard Kelly, head of global strategy at TD Securities. “It changes the order of magnitude of the fiscal stimulus, it changes the composition of that stimulus towards green energy and renewables, and it changes the leadership that is running the various executive cabinets.”

The Federal Reserve is also likely to resist a material rise in Treasury yields, especially if the move itself appears to destabilise other markets. The US central bank has intervened aggressively since March to limit the extent of the economic damage caused by the Covid-19 crisis.

Fed chairman Jay Powell recently affirmed the central bank’s policy stance, but disclosed that officials had a “full range of discussions” around “adjusting [the] parameters” of the asset purchase programme. Some investors have called on the Fed to alter the composition of its bond-buying and focus specifically on long-dated Treasuries, given a surge in issuance of them since May that is expected to continue.

Jonathan Cohn, head of rates trading strategy at Credit Suisse, said that the timing of such a move would depend in part on broader investor views of riskier assets.

The Fed “may have a higher tolerance for higher yields if the stock market and credit markets continue to be strong”, he added. A sharp rise in Treasury yields coupled with a significant pick-up in broader market volatility and a deteriorating economic backdrop, however, could prompt more immediate action.