Hands-on involvement with live projects has transformed Lahini Sivaganeshan’s view of the IT industry. What began as a year-long placement has led to diverse work exploring the world of supercars and the secret lives of bees.

Ms Sivaganeshan was posted to technology group Oracle as part of her four-year degree in computer science. During her placement she worked with a team that applied the company’s technology to the Bloodhound Project, a UK-based attempt to break the land speed record (which was shelved this month after having failed to secure a cash injection).

Executives have been so impressed by her work that they have invited her back on a part-time basis while she completes the final year of her degree at the City University of London.

There is growing evidence that early exposure to the real-world application of technology can encourage girls and young women into careers in the field. Many millennials value careers that have a tangible effect on the wider world, the type of direct impact that the tech sector is capable of delivering. As such, providing a positive early experience of technology is the principal aim of a variety of organisations, such as Girls Who Code, Stemettes, and Code First: Girls.

Today, 21-year-old Ms Sivaganeshan works on Oracle’s partnership with the World Bee Project. It involves building an international network of “smart beehives” that collect data on the bees, as well as temperature, humidity and honey yield. Artificial intelligence techniques are used to identify patterns in the global decline of bee populations.

Coding in particular is glamorised above everything else . . . It’s a false impression of the thousands of opportunities available in IT

“It’s such a cool project to work on,” says Ms Sivaganeshan. “Working hands-on with projects like Bloodhound and the World Bee Project has made me realise the impact of technology in the real world. It’s been so inspiring.”

That is also true for Christine Maroti, a 26-year-old Harvard linguistics graduate who left a career in finance at the Japanese bank Mizuho in New York last year to take part in a 12-week data science boot camp. She now works in Lisbon, the Portuguese capital, as a junior research engineer at Unbabel, a company that provides AI-powered translation services.

“Working in finance was great, but after three years I felt I wanted a job with a more tangible impact,” Ms Maroti explains. “Technology seemed to be where all the exciting stuff was happening. At Unbabel, our goal is to become the translation layer for the world. It’s a lofty goal, but I find it exciting and keep that sense of purpose in mind every day.”

Yet young women often find it hard to picture themselves in careers in science, technology, engineering and mathematics (known as Stem subjects), according to a study of girls in US schools by the software group Microsoft.

Girls lose interest in Stem subjects and computer science over time. The report found that 31 per cent of girls in middle school (ages 11-13) believe that coding and programming work is “not for them”. In high school (ages 14-18), the percentage jumps to 40 per cent. “By the time they’re in college, 58 per cent of girls count themselves out of these jobs,” the report states.

A lack of awareness of career opportunities often persists into further education, says Snigdha Chotani Jha, a 29-year-old data engineer at the data analytics company Thoughtspot, based in Palo Alto, California. While studying for a degree in engineering at Kurukshetra University in India, she struggled to settle on a particular career path.

“Coding, in particular, is glamorised above everything else and there’s little discussion of the other paths you might take,” she says. “It’s a false impression of the thousands of opportunities available in IT.”

Today, Ms Jha analyses data about how customers use Thoughtspot’s tools, what features they like and where they struggle. That information is used to solve customer problems and improve Thoughtspot’s product design. The end result, she says, is deeper insights for its clients, which include Chevron, Daimler and the UK’s Nationwide Building Society.

Emily Lam, a 25-year-old software developer based in the Los Angeles office of software company Bomgar, recognises the difference that early exposure can make. Friends who studied computer science at high school, she says, had “a distinct advantage in terms of their confidence and comfort with technology subjects” compared with those who started later.

Ms Lam participates in the UCLA One programme, which connects her with students at her alma mater to discuss careers. “I often recommend internships because, for me, it was an internship at IBM that really started my career,” she says.

To change perceptions, she adds, it is crucially important that women working in the sector send a strong message to younger women that their roles are fulfilling, their work is varied and enjoyable, and they feel they are making a difference. 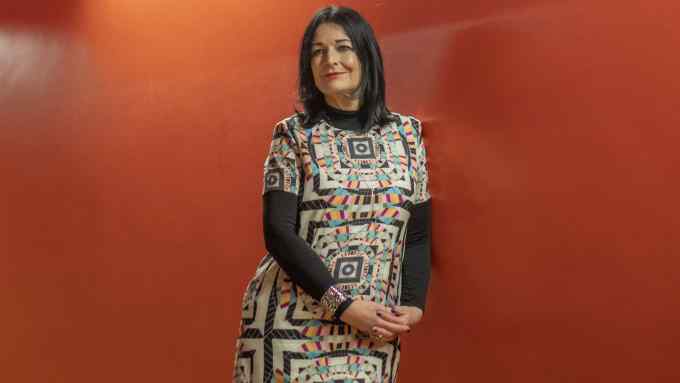