Alisa Moussaieff sits beneath a chandelier in the upstairs salon of her intimate store on London’s New Bond Street.

It has all the hallmarks of a classic luxury boutique, from the neutral palette and stiletto-sucking plush carpets, to the vitrines glittering with jewels. An Art Deco-style, brass-framed elevator transports VIP clients to a decadent mirrored-ceiling room.

At the age of 18, Alisa married Shlomo Moussaieff, a descendant of a family synonymous with jewels. His relatives trace their roots back to the 12th century and the days of Mongolian warrior Genghis Khan, who family legend claims was a client, buying pearls and gemstones to adorn his robes.

Mrs Moussaieff describes the early days of her marriage: “All one talked about was jewellery: who bought what, what was new on the market, what were the trends, which wonderful customers we can get and — which is more important — what wonderful pieces can we get.”

But rather than play the role of passive wife, Mrs Moussaieff, who is now close to celebrating her 90th birthday, went into partnership with her husband, who died in 2016. Now, having spent five decades in what she describes as the “casino” world of buying and trading gems, she is trying to adapt to the modern world.

The Moussaieffs moved to London from Israel in 1963 and opened a boutique in the Hilton Hotel on Park Lane — then a hotspot for moneyed international travellers — and began trading off the back of the family name.

Soon the couple started adding their own star customers to the Moussaieff legacy, including Elizabeth Taylor and Frank Sinatra — as well as many others that discretion will never permit her to name.

Though Moussaieff’s clientele were high profile, the business itself tried to stay out of the limelight.

“We always kept a low profile, under my direction,” says the jeweller. “We did extremely well without the high profile, we didn’t need it. We had the best of the best coming to us without any publicity.”

There’s no way today, when everybody is looking at everybody’s Instagram, that you can stay discreet. I began to realise that we couldn’t stay behind

Then came the internet and, perhaps more importantly in her eyes, social media. This spelled the end for Moussaieff’s low-key strategy.

“There’s no way today, when everybody is looking at everybody’s Instagram, that you can stay discreet,” she says. “I began to realise that we couldn’t stay behind. We’ve got to flow with everybody else.

“Normally, I’m not a follower, I try to be the first, but with this I was a follower. And I’m still following, we’re lagging behind.”

You can now find Moussaieff’s jewels on Instagram, where it has cleared the 100,000 follower mark. You can also see them on the red carpet as the brand begins to connect with celebrity stylists — Crazy Rich Asians star Michelle Yeoh wore nearly 180cts of its diamonds, including a necklace anchored with a rare 74ct natural fancy intense yellow diamond, as she presented the Cinematography Award at the Baftas this year.

Moussaieff’s decision to open a store on New Bond Street in 2006 was also part of this quest for greater visibility, and it plans to open a Paris store within the next couple of years. It already has boutiques in several international locations, including Grand Hotel Kempinski in Geneva, Landmark in Hong Kong, and Immeuble les Grandes Alpes and Le Cap Horn in French ski resort Courchevel.

More recent moves, too, such as joining the line-up at London antiques fair Masterpiece, has seen the brand step further forward.

“Branding is what is required from a business today. In a way, I regret that I didn’t start with the marketing before,” she says.

“I didn’t need it, because everything went smoothly, so I was spoilt. But I could have been that many steps ahead now if I’d started before.”

When asked if Moussaieff’s clientele today continues to be the “best of the best”, she is coy: “You have to aim for it, definitely.”

Today’s buyers, she admits, are not as flash as the original Hilton crowd. The new generation in Europe and America are not into parking their money in jewels, she says, and younger Middle Eastern clients opt for “smaller pieces than their parents, less blingy”.

“People don’t want the very large diamonds now because they are not easy to shift,” she adds. 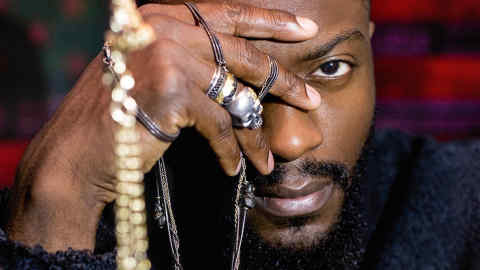 Coloured diamonds are less of a slog, it would seem: a Moussaieff pendant set with an 8.01ct vivid blue diamond was purchased by an Asian client for HK$160m ($20.4m) at Christie’s Hong Kong in May. “The Far East is the present and the future,” insists Mrs Moussaieff.

After five decades in the luxury jewellery business, Mrs Moussaieff appears unfazed by what she views as trivial bumps in the road — Brexit, diamond price fluctuations, shifts in buying patterns. What is important, she counsels, is not to become complacent nor rely on the strength of a name.

“I am constantly aware that I’ve got to earn loyalty,” she says. “I can’t think, ‘they won’t go to anyone else because it’s me’. I’ve got to give them value, style. Otherwise, as much as [the client] loves me, [they will] go and love someone else.”

This is why — Moussaieff or not — she remains fixed on Instagram to track what her competitors are doing, in her tireless battle to be the “best of the best”.