In the town of Puertollano in southern Spain, a factory with a large smokestack is about to make history: it will be one of the first commercial facilities in the world to use solar power-produced hydrogen to make fertiliser.

Hydrogen is at the centre of the debate about how to decarbonise energy systems and a growing number of companies are investing in its production as they test out alternatives to fossil fuels.

The project in Puertollano is an example of one of the most promising use cases for hydrogen — taking the power from solar or wind farms and using it to create hydrogen out of water.

The region’s sunny weather makes it ideal: a nearby solar plant, currently under construction, will provide the electricity needed to make the hydrogen, which will then be used by the factory to make ammonia fertiliser.

“We wanted to start with this site to jump-start the project, to make it real,” explains Agustín Delgado, head of innovation at Iberdrola, the Spanish utility that is building the €150m project. “You have heard about many hydrogen projects, but not too many of them are real,” he adds.

Like other fuels, hydrogen produces energy when it burns — but unlike fossil fuels, it does not produce carbon dioxide when it combusts with oxygen but instead forms water.

Hydrogen is already produced at a large scale, about 70m tonnes a year globally, and is used in chemical manufacturing such as in oil refineries and fertiliser factories. But this conventional hydrogen — known as “grey hydrogen” — is made from natural gas and coal in a process that produces a lot of greenhouse gases. The fertiliser factory, owned by Fertiberia, currently uses conventionally produced hydrogen to produce ammonia-based fertiliser.

Yet as pressure grows on energy companies to reduce the climate impact of their power supplies, a number are betting hydrogen will be a key element of future energy systems, as a clean fuel that could eventually replace fossil fuels in some of the most difficult sectors including transport. 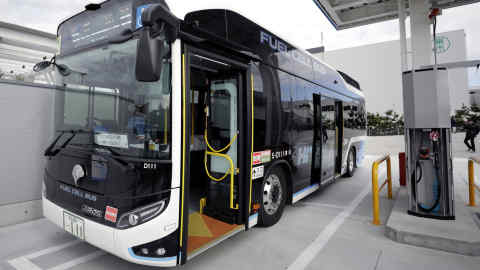 “We have seen a huge uptick in interest in hydrogen over the last two to three years,” says Irene Rummelhoff, a vice-president at energy company Equinor, the Norwegian state-backed oil and gas producer that has been increasing its hydrogen investments. “We, as companies, have come to the realisation that we need something beyond solar and wind to meet our climate targets,” she adds.

Part of the reason hydrogen is so popular is that it can be used not only as a chemical feedstock, as at the Fertiberia plant, but also as a way to store energy and as a green transport fuel. A large cargo ship running on hydrogen, for example, would not generate carbon dioxide as it burnt the fuel.

Each year, grey hydrogen manufacturing pumps more than 800m tonnes of carbon dioxide into the atmosphere — more than the CO2 output of the UK and Indonesia combined, according to the International Energy Agency.

There are two ways to make clean hydrogen that is much less polluting: “green” hydrogen is made directly from water, using power from renewable energy; while “blue” hydrogen is made from natural gas, but with most of the carbon dioxide emissions captured and stored.

Timur Guel, head of technology policy at the International Energy Agency in Paris, points out that the policy objectives of the energy sector have changed recently, putting more focus on hydrogen. The industrial knowhow for producing green hydrogen is also more mature now, he adds.

“There has been a lot of progress on those critical technologies such as electrolysers,” says Mr Guel, referring to the giant machines that use renewable electricity to produce hydrogen by splitting water molecules.

“The first thing we are doing to decrease the cost of hydrogen, is that we need a cheap source of renewable electricity,” says Mr Delgado.

But even with the cheap solar power available near Puertollano, the green hydrogen project will not be profitable. Iberdrola will sell hydrogen and power to the fertiliser plant at a loss.

“We will hopefully get into a virtuous cycle, as the cost will decrease, and as the cost decreases we will get into more sites,” says Mr Delgado.

Other companies are focusing on “blue” hydrogen. Norwegian energy company Equinor is planning a major project in the UK, in an industrial hub near Hull, that could start construction in 2023 and be in production by 2026.

“Our thinking is that the blue hydrogen will pave the way for the green hydrogen,” says Ms Rummelhoff. “What can be scaled up the fastest is blue hydrogen. And what can provide the most predictable production of hydrogen is blue hydrogen, and probably also the cheapest at this point in time.”

The hydrogen sector has not been without criticism, however. Detractors of green hydrogen argue that it is too expensive; while critics of the blue hydrogen approach point out that it still generates some carbon dioxide emissions.

“There is a lot of interest in producing clean hydrogen, but the challenge is to build up production, and to build up demand, and you need to do these two things in parallel,” says Mr Guel of the IEA. “This will not happen overnight.” 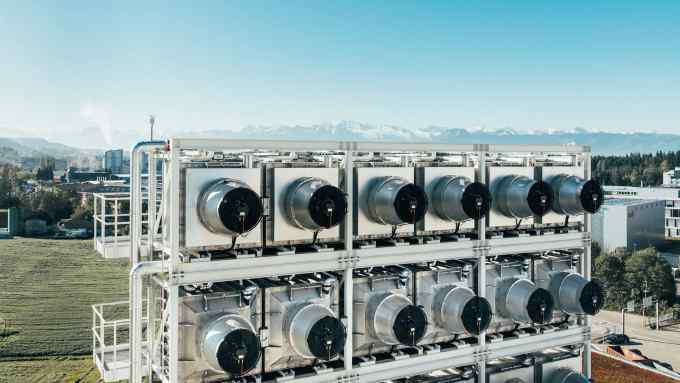