Khailee Ng had already sold two start-ups in his home country of Malaysia when he turned his focus to investing.

He found success there, too, nabbing early investments in the Singapore’s ride-hailing group Grab and Indonesian ecommerce company Bukalapak. Both feature on the FT Asia-Pacific ranking of high growth companies and have been valued by investors at more than $1bn, becoming some of the first unicorns from south-east Asia.

But Mr Ng now laments that he only raised an initial $10m in 2013, preventing him from amassing larger stakes in these fast-growing companies.

“I really underestimated my own market,” says Mr Ng, a Jakarta-based managing partner at the Californian tech investment firm 500 Startups. The fund he manages is named 500 Durians, after the pungent spiky fruits populating the region’s island nations.

Mr Ng’s experience epitomises the speed at which south-east Asia has become a top destination for venture capitalists hoping to cash in on a growing population of internet users and businesses moving online. However, many tech start-ups are facing a liquidity crunch as the coronavirus starts to hit fundraising appetite among investors.

There are now more than 100 local venture capital firms focused on south-east Asian start-ups, mostly based in Singapore, according to estimates. East Asian corporate investors, such as China’s Alibaba and Tencent, have also shown interest in start-ups as both investors and acquirers.

The region has also begun to attract outsiders such as US-based Sequoia Capital, which invests through a $900m fund that also spans India. It is now attempting to raise a $1.3bn version with a focus on mature companies nearing acquisitions or initial public offerings.

“There’s been an explosion in the number of small tech companies that would consider themselves start-ups and therefore come looking for venture capital to help them grow,” says Mark Suckling, partner at Singapore-based Cento Ventures.

Some investors have raised concerns, however, that the coronavirus crisis could have an outsized impact on south-east Asia’s start-ups as international investors stay away and unprofitable companies with minimal cash buffers are squeezed.

Before the pandemic, Mr Ng and other venture capitalists had concerns about the amount of new money flowing into the region, fearing that too much capital can encourage a growth-at-all-costs mindset.

“I’m a little sceptical that we’ve got enough high-quality companies to absorb that kind of capital at that kind of valuation,” Mr Ng says. The region’s youngest start-ups have also never faced a recession before, he adds, leaving them poorly prepared for the economic fallout from coronavirus.

Grab — with an absolute growth rate of more than 3,600 per cent in the three years to 2018 — and Indonesia-based Gojek, south-east Asia’s two most valuable start-ups, have been the biggest beneficiaries of the flood of new capital, together raising more than $15bn from investors including Tencent and Japan’s SoftBank, according to data provider PitchBook.

The two companies have fought to become the dominant consumer “super app”, offering everything from ride hailing to payments.

Yet at the same time they are facing investor pressure to merge and end a price war that has seen both companies burn through cash. Such is Grab and Gojek’s hold over the consumer market that investors in the region say they expect the next wave of start-ups there to focus instead on serving businesses.

One such example is Fave, an online coupon platform that has received $35m in backing from investors including 500 Durians and Sequoia, according to PitchBook.

Joel Neoh, chief executive of the Malaysian company — which in 2017 bought the south-east Asian units of Groupon, a coupon company — says he wants it to become the dominant superapp serving small businesses, providing payments and customer loyalty services on top of the coupon business. 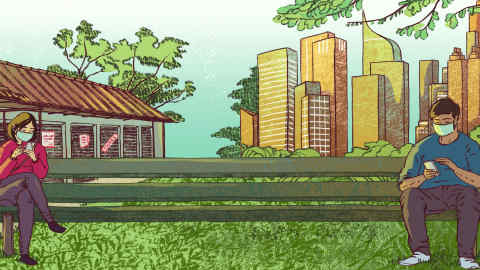 Fave ranks as the fastest-growing Malaysian company and places eighth on the list overall, having recorded 2018 revenues of $97.8m and an annual growth rate of nearly 300 per cent since 2015, according to Statista data.

Mr Neoh says investors have become savvier about backing start-ups with business models that are specific to the region, which is governed by a maze of sometimes conflicting business regulations.

A decrease in the number of “megadeals” contributed to a one-third fall in investment in south-east Asian start-ups last year, at $7.7bn down from $12bn in 2018, according to Cento data. Companies realised some $2.2bn for investors in 2019 through either being acquired or IPOs, equalling the previous year’s total, according to PitchBook data. 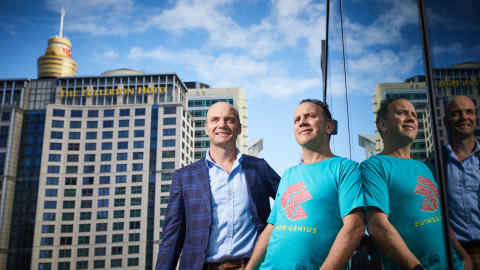 Many venture capitalists are still sitting on paper gains, waiting for their companies to list on public exchanges or find an acquirer. But investors say the region’s local exchanges have traditionally been unfriendly to tech start-ups, with their listings largely concentrated on family-owned conglomerates and trading volumes dominated by large government funds.

Instead, investors are focusing on start-ups that could become attractive targets for other companies looking to expand their reach into south-east Asia. Mr Suckling says he is closely watching Grab and Gojek’s next moves, adding: “We’ve always assumed that [an] IPO is not the exit route for start-ups we invest into.”