Around 7m Iraqis are now receiving welfare benefits or public sector salaries electronically, as the government replaces cumbersome cash dispersals with biometric debit cards that can be used at ATMs and in shops.

It is a significant step towards financial inclusion in one of the Middle East’s most underbanked countries. Iraq’s banking sector, which is still mostly state-owned, has been hobbled by the country’s conflicts since 2003. It has become synonymous with images of looted branches and corruption scandals.

Only 23 per cent of Iraqis aged 15 and over held an account with a financial institution in 2017, according to the World Bank — although that figure has doubled since 2011. Of those who do not hold an account, a quarter say it is because they do not trust banks. Many Iraqis prefer to keep wads of cash under the mattress, or hold easy-to-sell assets like gold.

But International Smart Card, a Baghdad-based company that is 70 per cent owned by a group of private investors and 30 per cent owned by two state banks, has been quietly linking Iraqis to the financial system. Starting in 2007 as an electronic payments system disbursing government benefits, ISC has expanded and now pays public sector salaries, benefits and pensions to some 7m Iraqis, about one in six of the population, and even provides access to loans.

Hala (not her real name), a 32-year-old public sector employee in Baghdad, began receiving her salary electronically two months ago. It is the first time she has had a bank account. After years of receiving cash at work, she is enjoying the novelty of withdrawing money from ATMs in malls when she goes shopping.

“I honestly don’t know how we managed to live before,” says Hala, who wished to remain anonymous. “The process now feels so neat and efficient.”

Bahaa Abdul Hadi, founder and chief executive of ISC, believes its card has “managed to make the Iraqi people’s life slightly better”. “We at least helped them to overcome a little bit of their daily challenges,” he says.

Traditionally, government employees have been paid in cash by accounts departments. Pensioners and other people entitled to welfare benefits had to pick up their payments from state-owned bank branches — an often maddeningly inconvenient process.

Pensioners, for instance, only received payments every other month on a scheduled day, because of limitations to state banking services. “Normally people lined up at 5am, even though the branch opened at 8,” recalls Mr Abdul Hadi.

Using ISC’s Qi Card — its name a nod to the Iraqi dinar, which has the currency code IQD — pensions, salaries and benefit payments arrive monthly and electronically. The debit card allows the employee or beneficiary to withdraw cash.

“From day one we realised the traditional chip-and-pin form of payment was not suitable” because of problems with identity fraud in Iraq, explains Mr Abdul Hadi, an architect by training.

Biometric data taken when an individual enrols for the card include iris scans and facial recognition — a feature that Mr Abdul Hadi says compensates for Iraq’s weak paper document system.

For people who struggle to make it to bank branches due to illness or disability, ISC developed a network of local agents to deliver benefit payments. The customer provides a finger scan and a pin number to access and confirm receipt of the payment. “In 2010 when we started the private agent licensing, or network, we had salary-to-home delivery when at that time pizza delivery was not available in Baghdad,” says Mr Abdul Hadi. The company now has 1,000 employees.

A tie-up with Mastercard since 2016 has spawned new cards, like Hala’s, that can be used abroad as well as in shops that have Mastercard point-of-sale devices.

In a Baghdad shopping centre, Arkan, a 34-year-old owner of a small cosmetics shop, has recently installed such a device just to cater for public employees now using the cards.

While the cards and accounts make life easier for public employees, Mr Abdul Hadi says ISC’s biometric technology has also helped remove thousands of fraudulent or “ghost” beneficiaries from the government’s books — a problem the Iraqi state continues to struggle with.

“Definitely there were organised crimes milking the government programmes,” says Mr Abdul Hadi. “In the worst case we captured a guy with 36 different IDs.”

Although ISC currently operates under a payment service provider licence, and does not hold money in the same way a bank does, it is eyeing a virtual bank accreditation. Last year it facilitated $2bn worth of loans from Rafidain, Iraq’s largest bank, that were credited directly on to the Qi Cards. Some 60 per cent of borrowers used their loans to start small businesses, ISC’s data showed.

The company has set its sights on other corners of the Arab world. Mr Abdul Hadi says it is now looking to export the Qi Card technology and is in discussions with governments in Sudan, Libya and Palestine. The founder says his scheme has won over sceptical government officials at home: “In the beginning they doubted, but it’s proved to be the right investment.”

Get alerts on Iraq when a new story is published 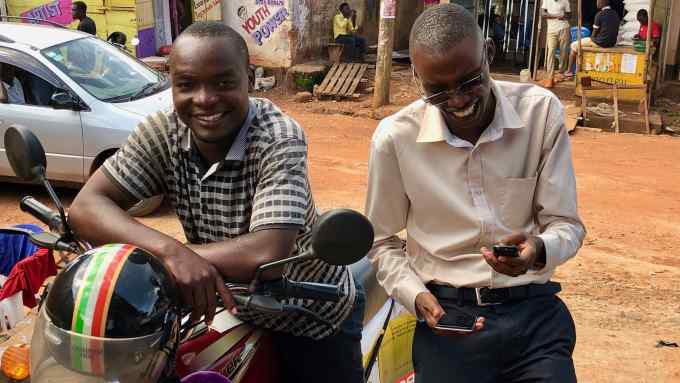