Ikea says it’s easier being green if you are private 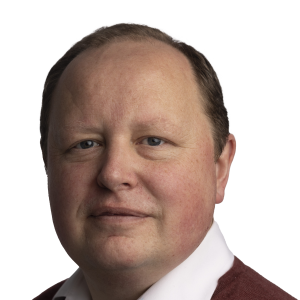 A lampshade made of leftover rice straw, a tablecloth of recycled plastic including some washed up from the Mediterranean Sea, plastic bottles turned into kitchen fronts.

Flat-pack furniture retailer Ikea is among the companies most praised on sustainability, bringing out these products and more. It was the first big chain to stop selling halogen lightbulbs, instead stocking only less energy-intensive LED lights. It owns nearly 1m solar power modules and more than 500 wind turbines, putting it in touching distance of its 2020 goal of generating all its energy from renewable sources.

But Jesper Brodin, chief executive of the largest Ikea retailer, admits “we are still having internal debates over the fear of greenwashing”. It is a striking admission on just how hard business action on sustainability can be, when even a corporate pioneer still questions itself.

Still, Mr Brodin, the Swede in charge of Ingka Group, argues that self-doubt or not, Ikea is in a far better position than most large European companies to act on environmental concerns. That is because it is owned by a charitable foundation, not a group of dividend-hungry shareholders, allowing it to negotiate more easily the trade-offs that often crop up in sustainability between short-term pain and longer-term benefits.

“Who are the companies that are going to show the way here? Privately owned companies will be more effective in having a long-term approach to change things. Right now, short-cuts are not going to help people,” says Mr Brodin.

As nearly every company — from oil and gas groups to consumer goods businesses — pushes their green credentials, it is a message worth pondering. Can listed groups, with the ever-enduring pressure of quarterly results hanging over them, compete with privately held rivals on sustainability?

It is certainly an important question for boardrooms, given evidence of a growing political backlash against some climate measures. The gilets-jaunes, or yellow vests, movement in France started in protest against tax increases on petrol, while populist parties in Finland, Spain, Austria and Germany have all railed against the costs of measures to tackle climate change for ordinary people.

Mr Brodin agrees that the French protests show “most people argue that sustainability is going to come at a premium”. But he maintains the opposite is possible, pointing to renewable energy being cheaper than coal and recycled plastic costing less than new “virgin” plastic.

For a retailer such as Ikea, which uses large amounts of raw materials such as wood and cotton, perhaps the biggest risk to its business model is from wild swings in commodity prices. That is why Ikea has started trials of renting furniture to students and businesses as well as recycling mattresses and sofas. “It’s a big transformation. And if you don’t do the transformation, it will be game over,” Mr Brodin says.

Martin Wolf
There is one way forward on climate change 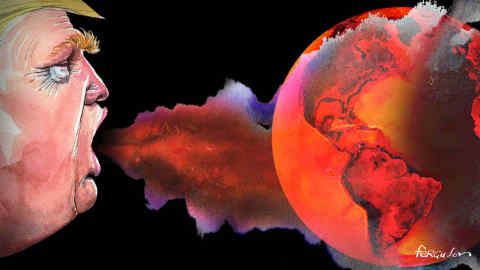 One example is the glue Ikea uses to join particle board in products such as bookshelves and kitchen cabinets. Remarkably, the retailer estimates the glue — made from fossil fuels — is responsible for 6 per cent of its total climate footprint, almost equal to the impact from its stores and goods transport combined. It is now investing seriously in finding a glue made from renewable sources, even if any pay-off is not immediate.

Mr Brodin even receives support from some listed companies. Karl-Johan Persson, chief executive of the Swedish fast-fashion retailer Hennes & Mauritz, agrees that it helps to be private: “Absolutely, because you will not have those same short-term pressures. We try to always think with that long-term perspective. But, of course, there will be more noise and pressure on quarterly profits if you’re a listed company.” He adds that there are easy wins for companies, such as energy efficiency, but for most sustainability initiatives there will be “a good long-term business case but it’s going to cost you in the short term”.

It is a message worth pondering as Europe’s companies brace themselves for an economic slowdown or worse. Will business cut sustainability projects when the times get tough?

Ikea is sure it will not. Martin van Dam, chief financial officer of Inter Ikea, which owns the brand and concept behind the retailer, says it is in it for the long haul. “You can compare us to marathon runners. They are all good business investments — maybe not if you span them over a year but over a long period of time,” he adds.