Sign up to myFT Daily Digest to be the first to know about Coronavirus economic impact news.

Ray Padrón hesitated when deciding whether or not to take up the federal government-backed loan aimed at helping small businesses retain staff, as Covid-19 caused large parts of the economy to shut down.

“Frankly, we gave it a lot of thought because we didn’t know how far and how long the market volatility would go,” says Mr Padrón, chief executive officer of Brightworth, a financial advisory firm based in Atlanta, Georgia.

Under the Paycheck Protection Program (PPP) introduced in March, if Brightworth took out the low-cost loan there was a high chance it would never have to return the money so long as it met certain criteria, including spending at least 60 per cent of the funds on payroll costs.

These favourable terms aside, the fact that Mr Padrón gave pause saved the company from a potential public relations furore further down the line. Weeks later, some borrowers had been shamed into returning their loans after critics labelled them as opportunists for accepting taxpayer-backed money.

Plenty of companies have taken advantage of the PPP loans. In April, a second funding round added another $310bn to the initial $349bn earmarked for the scheme. By July 13, more than 4.9m loans totalling $517bn had been granted, according to data from the Small Business Administration, with an average borrowing of $105,328.

The ensuing public backlash pointed to companies that were deemed either too large or too impervious to the virus’s economic fallout to merit the taxpayer-backed funds.

Even though the finance and insurance sector accounted for just 2.34 per cent of the loans approved, according to SBA data, some registered investment advisers (RIAs) were also among those shamed into returning loans.

“This is a loan, not a bailout. We have no intention of applying for forgiveness of our loan. We do not believe in unearned financial windfalls, or free money,” he wrote, adding that he planned to repay the loan by October 2022. But after an outcry in the trade press and on social media, the company had a change of heart and within weeks had returned the loan, according to Ritholtz’s chief executive Joshua Brown.

Back in April, Brightworth’s Mr Padrón had decided the company would forgo the loan, at least for the first round. “We thought that there's likely to be another round and if the economy and markets really go south for a long time, maybe we'll consider it in the next round,” he recalls.

By the time Congress had approved the second round of funding later that month, stock markets had stabilised and the backlash against PPP borrowers had intensified. At this point, Mr Padrón dismissed the idea of applying for a PPP loan.

Smaller-sized firms with one owner and up to two employees, for example, usually earn high profit margins on their fee-based revenues. Therefore, he argues, they should not have availed themselves of the loan simply to boost otherwise shrinking personal incomes during a stock market downturn. “That’s clearly not what the PPP was designed to mitigate,” Mr Levine says.

Larger companies, on the other hand, with bigger payrolls and often lower profit margins, may be justified in seeking the loan because they may otherwise have had to sack employees. “You can't really look at those two extremes in the same light,” Mr Levine says.

Yet taking out the loans can raise questions for companies’ investors and clients. “If a company in which I personally was invested felt the need to take the loan, that might be indicative of a financial situation that would be of interest to me as an equity shareholder in the company,” says Thomas Wade, director of financial services policy at the bipartisan think-tank American Action Forum.

Yet he goes on stress that “there's nothing remotely wrong or illegal about a qualifying registered investment adviser’s company making a request in good faith and receiving a PPP loan”.

It all comes down to perception, he notes, adding that a RIA’s staff has just as much right to keep their jobs as those in any other sector. 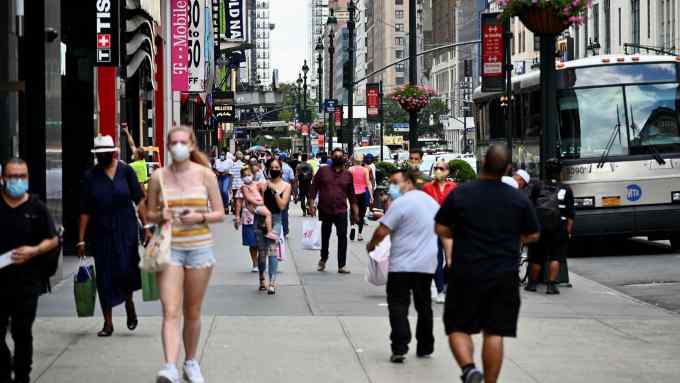