Robots and AI threaten to mediate disputes better than lawyers

Robots and artificial intelligence seem worlds away from the sensitive and nuanced area of international mediation. Here, battles are largely settled behind closed doors and skilled mediators pick their way through sticky negotiations.

Algorithms and big data, however, are fast entering the often mystery-shrouded world of alternative dispute resolution. This is much the result of the rapidly increasing demand for the kind of data analytics being harnessed in US litigation to predict trial outcomes.

The incursion of robots into mediation hit a new milestone in February, when Canadian electronic negotiation specialists iCan Systems reputedly became the first company to resolve a dispute in a public court in England and Wales using a “robot mediator”.

Smartsettle ONE, an AI tool, replaced a human mediator and, in less than an hour using a kind of blind-bid mechanism, settled a three-month dispute over a £2,000 unpaid bill for a personal counselling course, according to the Law Gazette.

“It builds on the basic negotiation concepts that have existed for a while — how do you find the area of settlement for both parties,” says Guy Pendell, head of disputes at international law firm CMS. “You’re really just trying to find the sweet spot and this was touted as a way to help parties settle in mediation.

Some lawyers argue, however, that while such technology may be appropriate for helping deal with small financial claims, it remains worlds away from the kind of big-ticket mediations and arbitrations that leading law firms are involved in.

“In the case of disputes worth huge amounts of money you need the skills of an experienced negotiator to persuade people to do things they don’t want to do,” says Ben Carroll, a disputes resolution partner at Linklaters.

“A skilled mediator can read the people in the room and can understand what they’re worried about and shape the settlement,” he adds. “So, it’s about more than just people paying out money. There are often things thrown in that help bridge the gap.”

AI is already bedded into the world of alternative dispute resolution, however, in the form of tools to analyse mammoth bodies of data and documentation, often before mediation is arrived upon as the best route.

Nick Rundle, a partner at Eversheds, says: “Mediation has different forms for different types of cases, but there is no doubt that technology plays a key role in alternative dispute resolution.”

In particular he cites the ability to analyse large amounts of data, identify and prioritise the early review of key documents through the use of technology-assisted review software [which classifies and prioritises documents] and achieve a swift conclusion on the merits of the case by following an early case assessment process. The latter is an early evaluation of the risk of defending or prosecuting a case, which is the most common arena for the use of AI in mediation.

International law Allen & Overy uses clustering, an AI method that attaches its own labels to groups of documents and clusters together documents with similar themes. This enables the uncovering of potentially key words and themes to prioritise for human review.

However, lawyers say the real value in mediation and arbitration might in the future come from large-scale data analysis of arbitrators and mediators themselves, in an effort to predict outcomes and potentially affect the course of settlements.

Data-driven justice is a growing theme in the US. Legal analytics companies crunch vast tomes of data in order to mindread judges in US district courts, in the mode of author Philip K Dick’s science fictional The Minority Report, or Michael Lewis’ Moneyball on the analytics of baseball player performances.

Such a trend could be headed for alternative dispute resolution, too, say some lawyers.

Matthew Saunders, partner at Ashurst, notes that data analytics “could be extended to predicting which way arbitrators or a mediator might go”. An ethical dilemma of this is the influence it would have on the choice people make of the arbitrator or mediator of the proceedings in which they are involved.

Some people store information about arbitrators’ tendencies in their minds . . . the question is how we might store some of that in a database

With about 90 per cent of litigation settled out of court or dropped, the vast majority of case documents are not made public. This can make for patchy data but “the data are out there,” argues Daniel Katz, Illinois Tech law professor and co-founder of LexPredict, a consultancy sold last year to legal technology company Elevate Services.

“If you want to know the tendencies of a panel of arbitrators, for example,” Mr Katz says, “there are currently a handful of people who store this information in their minds . . . the question is how we might store some of that in a database, so it could be more generally available.”

Such technology may yet be some way off. In mediation, “a skilled facilitator helps the parties to explore where common ground can be found as the basis for an amicable settlement,” says James Freeman, arbitration partner at Allen & Overy. “The mediation process”, he adds, “is inherently a human one”. 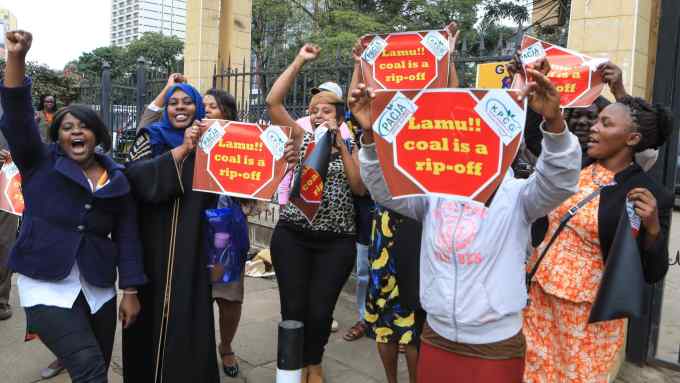