Tunisia’s political gains have yet to bring prosperity

Tunisia is often held up as having made the only successful democratic transition in the Arab world. After three tumultuous years in the wake of its 2011 revolution, Islamist and secular political forces managed to reach a compromise that continues to underpin political stability in the North African state.

Among the Arab countries that experienced uprisings in 2011, it is the only one to have been spared a slide into violent chaos or the resurgence of the type of dictatorship experienced elsewhere in the region.

Even so, widespread protests against austerity this year served as a reminder that Tunisia has been unable to turn this political progress into economic prosperity and job creation. Growth was modest at 2.3 per cent in 2017, though the government aims for 3 per cent this year with better harvests, a rise in exports and increased investment.

Analysts say wide-ranging reforms are needed to improve the climate for business and attract investment at the level needed to reduce unemployment, especially among the young and in the impoverished interior of the country. In recent years, foreign direct investment has hovered at about $900m annually.

In April, the IMF urged Tunisia to reduce energy subsidies and raise the retirement age to curb the budget deficit. Youssef Chahed, prime minister, said there was a need to move fast on reforms, including the austerity measures. But the government finds itself squeezed between the demands of the IMF and the powerful Tunisian General Labour Union, which has promised to fight the proposed cuts. In addition, protesters demanding jobs have repeatedly blocked phosphate mines in recent years, impeding exports of a vital source of foreign currency for the country.

Riccardo Fabiani, an economic analyst covering Tunisia, says it needs a new industrial policy to attract foreign investment in manufacturing but the government “has no clarity about what to do next”.

“Basically they have lost their way because of pressure from the IMF and World Bank, and the needs of the population, so they find themselves constantly firefighting.”

Tunisia has an offshore system, in which export-oriented companies enjoy big incentives such as tax breaks, and an onshore system for industries aimed at the domestic market, which are often heavily protected from competition and are inefficient.

According to Mr Fabiani, similar incentives offered by Morocco and Egypt have reduced the lure of Tunisia’s offshore system to foreign investors. As such, it has been unable to “provide educated Tunisians with the jobs they want and to increase the country’s share of global wealth”.

We could do more if there was more freedom to innovate

On the ease of doing business, the information service Trading Economics indicates that Tunisia slipped from 77th out of 190 countries worldwide in 2016, to 88th in 2017.

“Unfortunately we are having a difficult time to bring foreign investors, because of a very bad image,” adds Ms Fourati, who also serves on the board of the American Chamber of Commerce in Tunisia. The perception abroad is that “there is no stability, there is a new government every 18 months and problems with terrorism.”

The real problems, she says, are bureaucracy, a lack of certainty about the tax regime and poor logistics, with only one port carrying out exports, and which is vulnerable to strikes by labour unions.

Similar concerns are raised by Ziad Oueslati, co-founder of AfricInvest, a private equity firm. He says Tunisia has become “a hostage” to trade union activity, and argues for the reduction of bureaucratic barriers that protect oligopolies in markets such as port management, distribution and financial services. The government should address non-performing loans in banks, he says, and loosen restrictions to allow companies to invest abroad and grow beyond the small Tunisian market.

Nonetheless, Mr Oueslati and AfricInvest are bullish. “We continue to invest and we believe Tunisia is the right platform from which to go to other markets. We have had a lot of success but I am frustrated to see that we could do much more if there was more freedom to innovate and more flexibility in regulations.”

Get alerts on Tunisia when a new story is published 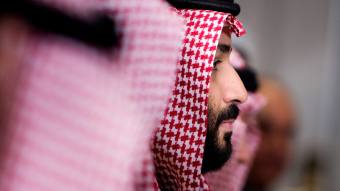