This week: ENRC’s showdown with the SFO begins; plus a jaunt through Paris

After three years of legal salvos, the £70m lawsuit brought by Kazakh mining company ENRC against the UK’s Serious Fraud Office has finally begun — and it is already proving fiery.

ENRC has accused law firm Dechert and Neil Gerrard — a lawyer it hired to investigate corruption claims more than a decade ago — of hatching a plan with the anti-graft agency to expand that probe in order to justify his multimillion dollar pay.

ENRC, founded by three Central Asian oligarchs, has sued Dechert, Gerrard and the SFO, which is still weighing charges against the company and its employees eight years after first launching an investigation.

According to ENRC’s barrister, the SFO was so desperate to secure a big win that it engaged in “totally inappropriate” meetings with Gerrard in order to bring about a criminal probe. The details of ENRC’s claims involve alleged leaks to the press by Gerrard and a mysterious missing notebook once allegedly owned by a senior SFO investigator.

In its own court filings, Dechert and Gerrard have accused ENRC of devising “an elaborate work of fiction”, and coming up with “conspiracy theories” in retaliation for Gerrard uncovering evidence of alleged corruption. The SFO has also denied any wrongdoing in its own court filings, calling ENRC’s case “hopeless” and “implausible”.

The SFO is now making its opening submissions and, during the trial, will call on senior staff members including former director Richard Alderman. Sparks are likely to fly.

This week, I’d like to know what your firm has settled on as a permanent post-lockdown working programme. Will you be working two or three days from home? Has your employer not decided yet? And are there issues that you think aren’t being addressed, for example, a potential divide between genders in the new flexible model? Get in touch at kate.beioley@ft.com.

Government proposals for a new law to limit the powers of judicial reviews could “eviscerate” and “gut” legal challenges and hamper the power of the courts to hold ministers to account, according to members of the legal profession.

“The government has faced a number of judicial review challenges in recent months over its award of contracts during the Covid-19 pandemic. On Tuesday, it faces a high-profile lawsuit brought by the Good Law Project over its decision to award £650m of personal protective equipment contracts to three companies, which the campaign group alleges breached its duties of transparency.”

Carillion’s liquidators struck a deal with litigation funder Litigation Capital Management to bankroll the £250m lawsuit against KPMG last week for negligence in signing off collapsed outsourcer Carillion’s accounts. It comes after the official receiver claimed in legal documents last year that KPMG’s clean audit opinions led Carillion’s board to believe the business was “profitable and sustainable”.

“Carillion collapsed in January 2018 with £7bn of liabilities and just £29m of cash, fuelling debate over whether auditors in the UK were doing enough to raise red flags at struggling companies. KPMG is under a separate investigation by the UK’s accounting watchdog over its work for Carillion.”

A bankrolled action against Carillion’s auditors puts profit before justice

The FT’s veteran equities reporter and Alphaville writer Bryce Elder weighs in on the news above, and asks whether profit or justice is behind LCM’s decision to fund the case.

“Though it’s a fool’s errand to defend KPMG’s role in the Carillion scandal, allegations of negligence look driven more by the legal system’s favourite tenet of following the money than by a desire to hold wrongdoing to account. Third-party funding makes transparent the profit motive.”

Jailed trader Tom Hayes has undergone a career transformation in prison. The former UBS and Citigroup employee has transitioned to corporate espionage, for a new intelligence outfit founded by former Black Cube operative Seth Freedman. The banker, who is appealing against his conviction, said he had learned “new skills” in prison while working on that appeal, which would help him in the role.

“The firm will meet a growing demand for private espionage work that intelligence agents said had flourished as enforcement agencies pared back investigations into insolvencies and white collar crime during a period of austerity. Black Cube, founded by veterans of Israeli intelligence agency Mossad, has been among the most high profile in part due to its work for Weinstein.”

Accountant EY has told staff they can expect to spend at least two days a week working from home after the pandemic, becoming the latest professional services firm to embrace flexibility post-lockdown.

“Accountants and consultants already spent much of their time working remotely from client sites before the Covid-19 pandemic and have been quicker than other industries, such as investment banking, to make working from home part of their long-term business model. ‘We have championed flexible working for many years prior to Covid-19 and we will continue to do so. This has been built on a culture of trust with our people,’ said Hywel Ball, chair of EY UK.”

Closing argument
Full Disclosure has been enjoying travel through words during lockdown, whether in works of fiction or the pages of the Financial Times. It has also enjoyed TV show Call My Agent. What better Venn diagram then than a jaunt through Paris’s best bits courtesy of actor Grégory Montel. From a vin rouge at La Bellerive café to tripe and oysters at neighbourhood bistro Chez Denise, this is a minibreak for the brain. On Chez Denise, Montel says:

“I like eating at old restaurants, bistros, where they serve traditional French food, from the terroir, the typical meals. I always brace myself before going to Denise, because there I always gorge myself. Everything is served in large plates, for everyone to share. It’s always a feast. We eat tripe, calf sweetbread, oysters. We drink until late in the night. After 11pm or 12am, the owner closes the restaurant but lets us stay in. We finish the meal with a spirit, such as pear-flavoured liquor, and smoke cigarettes. The next morning is always pretty hard . . . ” 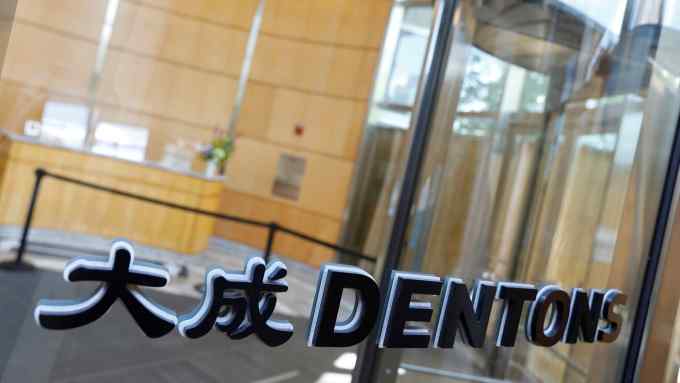