Technology is coming to the aid of people with type-1 diabetes, whose pancreas can no longer make enough insulin, in two different ways: biologically and electronically.

Both approaches could put an end to the repetitive ordeal of monitoring your own glucose level and, when more insulin is needed, injecting a dose. Though they need more research and development, imperfect versions of both are already improving life for patients.

The biological approach involves transplanting new “islet cells” into the patient, where they take over the insulin-producing role of the failed pancreas. A procedure has been available since the 1990s to transplant cells from the pancreas of deceased donors into people who cannot recognise when their blood sugar falls dangerously low, a condition called “hypoglycaemic unawareness”.

Only a few thousand people worldwide have received islet transplants, partly because donor pancreases are in short supply and partly because the procedure has serious side effects.

The UK’s National Health Service (NHS) was the first health system in the world to offer islet transplants to patients, says Karen Addington, UK chief executive of JDRF, the type-1 diabetes charity. “But as with any organ transplant, the procedure requires the use of anti-rejection drugs, which carry a risk of harsh side-effects.”

She adds that JDRF is funding research to develop devices that could contain the implanted cells, keeping them safe from destruction by the immune system and eliminating the need for anti-rejection drugs.

Early signs are promising. “The first devices are already in clinical trials,” Ms Addington says. “[They] have shown that the implanted cells, when effectively engrafted, are capable of producing insulin in people with type-1 diabetes.”

At the same time researchers are developing new sources of islet cells, deriving them from potentially plentiful stem cells rather than scarce donor pancreases. “Every time I go to a diabetes conference there is a talk about making these insulin-producing cells in the lab,” says Emily Burns, head of research communications at the charity Diabetes UK.

Although several corporate and academic teams are working on better ways to produce islet cells and transplant them safely in patients, the leader according to JDRF is ViaCyte, a privately owned regenerative medicine company in San Diego whose research has been supported financially by the foundation.

ViaCyte’s technology converts pluripotent stem cells, which can in principle develop into any human tissue, into what it calls pancreatic precursor cells. Two experimental products are undergoing clinical trials. The first, PEC-Encap, encapsulates the implanted cells in a pouch that allows nutrients and proteins to travel between cells inside the device and blood vessels growing along its outer surface. It prevents immune cells from directly contacting the implanted cells, allowing them to thrive without being rejected.

The second product, PEC-Direct, also uses a pouch but this design allows blood vessels to enter the device and interact directly with the transplanted cells. This vascularisation of the implanted cells enables robust engraftment but, because the implanted cells are not isolated from the immune system, it requires immunosuppressant therapy — and will therefore be given only to patients who have no other options.

Meanwhile researchers at the University of Edinburgh published in January details of a technique that could improve the success rate of islet cell treatment — by transplanting connective tissue cells known as stromal cells, found in umbilical cords, alongside them. A study in mice found that this cellular combination significantly improved the insulin-producing capacity of the transplant, compared with islet cells alone. But more work will be needed to establish the long-term safety of using stromal cells before clinical trials can begin in patients.

However the electronic treatment of type-1 diabetes, through what is known as an artificial pancreas, is much closer to widespread adoption than the biological method of cellular replacement, says Dr Burns of Diabetes UK.

The artificial pancreas has three components: an electronic insulin pump attached to the body; a glucose monitor that continuously measures blood sugar levels; and a computer algorithm that links them together in a “closed loop system”, so that the pump pushes hormone into the patient at a rate perfectly tailored to his or her metabolic need.

The first product that comes close to this description is the MiniMed 670G, launched by Medtronic, the US medical devices company, on the American market in 2016 and in the UK in 2019.

“So the first generation of artificial pancreas technology has arrived,” says Ms Addington, “but access to such technology is restricted to only a very small proportion of people living with type-1 diabetes. Helping the NHS to provide such technology is the next challenge.”

Dr Burns points out that, while the Medtronic device is an important advance, it falls short in two respects of what an artificial pancreas would ideally deliver. It still needs users to give the device some manual input when they are about to eat a meal and it does not administer a second hormone secreted by the pancreas, called glucagon, which works with insulin to control blood sugar levels.

“When we have a fully regulated closed loop system, some people would consider that a practical cure,” says Dr Burns. But she worries, like Ms Addington, that the cost of a curative artificial pancreas, which may run into many thousands of dollars, would limit access to the technology by the millions of people worldwide with type-1 diabetes. 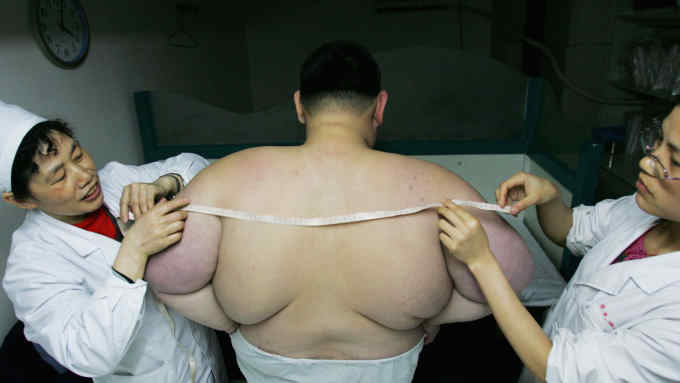