In these days of multimillion-dollar art sales, billionaire collectors don’t always get showered with praise. Their motives for adding art to their assets are often assumed to be to do with making a calculated investment or playing a high-stakes reputation game. Now UBS bank, Art Basel’s sponsor for 25 years, is reminding people that passion and philanthropy also play a part, through the creation of the Art Collectors Circle.

Details of the group, which was formed in March but is only formally announced this week at Art Basel, are currently few and far between. Official information describes the Circle as “a global community for UHNW [ultra-high net worth, $50m-plus] collectors who are passionate about art to connect and share knowledge”.

Members’ names remain under wraps though Uli Sigg — former Swiss ambassador to China, North Korea and Mongolia, and a major early collector of Chinese contemporary art — says he is proud to be one of its first members.

Gabriel Castello, divisional vice-chairman of global wealth management at UBS, explains that the Circle emerged as a cultural offshoot of the Global Philanthropists Community, a private network set up by UBS in 2014. He says that the latest initiative is primarily a digital platform for knowledge-sharing, though physical meetings will also happen — including around Art Basel’s three main fairs.

Client demand for a high-flying cultural community is said to be the reason for the creation of the Circle, and a clue can be found in the latest UBS/PwC “Billionaires Report”. It describes the growing number of ultra-high net worth individuals as “game changers” in the field of art, as well as increasingly in sports.

Public museums provide a memory of our times, and you’re not hostage to the taste of one person

But it also carries the health warning that “building a museum or buying a sports team is one thing — successfully running it over time is another”.

The growth of private museums in the past 10 years has certainly marked a dramatic shift in the art world’s eco­system but, Castello says, “preserving and making collections accessible to the general public can be complicated”. He confirms that 41 per cent of the Circle’s existing members run a private museum — though he would not be drawn on exact numbers, saying only that membership as a whole has the potential to grow to around 400 people, a similar level to UBS’s philanthropic group.

More than half of the Circle’s current members buy in the modern and contemporary art fields, Castello says, and the geographic spread is even. But, he adds, “we are expecting the membership body to be significant in Asia” given that, as per the UBS/PwC report, “Asian billionaire wealth could potentially exceed that of the US in as few as four years”. Succession planning, legal structuring and philanthropy (presumably all with tax advantages) are among members’ shared topics of interest.

Legacy and best practice issues came to the fore at Beijing’s Ullens Centre for Contemporary Art in 2016, when its businessman founder Guy Ullens and his wife Myriam put the museum up for sale. A year of uncomfortable uncertainty followed before a group of private investors from China was found to take control of the museum, which has since become a charitable foundation. “We lived to tell the tale,” director Philip Tinari said earlier this year.

The Circle is not just about exchanging private museum know-how. Sigg says he would like to see more public-private initiatives come out of it. In 2012, he donated the bulk of his works (1,463 items) to the permanent collection of Hong Kong’s M+ Museum, which is due to open next year, and sold a further 47 pieces to the museum for CHF22m.

“Personally, I believe in the public museums. They provide the memory of our times and you’re not hostage to the taste of one person, which could be good or could be the opposite,” he says. He acknowledges, though, that there are some regions, notably Asia and Latin America, where “the only option may be to build your own museum”. And Castello notes that “there are regional differences in the philanthropy landscape and interesting learnings and discussion to come from that.”

Castello adds that collaboration opportunities are also on the cards: “It’s early days, but we do also expect projects to emerge from the community.” He highlights a major initiative around autism in adults that was developed by members of its Global Philanthropists Community last year. “Education and enabling access is a focus for many wealthy people engaged in contemporary art,” he says. Sigg believes that the more formalised community could help get pet philanthropic projects off the ground. “It seems a good tool to get others on board,” he says.

We don’t consider art a financial asset class. The art market is illiquid, but it pays emotional dividends

A focus on art’s soft power and non-financial benefits serves as a reminder that its potential for investment may have been overdone. “We don’t consider art a financial asset class,” Castello says. “The art market is un-transparent and illiquid, with limited data sources, and is therefore unsuitable for accurate investment calculations.” He adds that art “pays emotional dividends” instead.

The strategy for UBS’s own collection — of more than 30,000 mostly contemporary works amassed in the past 60 years — has shifted accordingly. Whereas it used to be run on a self-funding model, meaning works that no longer fulfilled its collecting criteria were sold to fund new purchases, “these days we rarely sell works”, Castello says. The vast majority of its works are displayed in UBS offices, and a selection of kinetic pieces made by Carlos Cruz-Diez in the 1970s for a former building in Zurich are on view in the UBS lounge at Art Basel this week. They are being shown together for the first time since 2011.

Whether or not a group of multi­millionaires can create a cultural impact beyond buoying the already-inflated art market remains to be seen, but at least some healthy ingredients are in place. “I don’t know that it will be an activist forum on behalf of art,” says Sigg, “but it could be a source of inspiration and opportunity.” 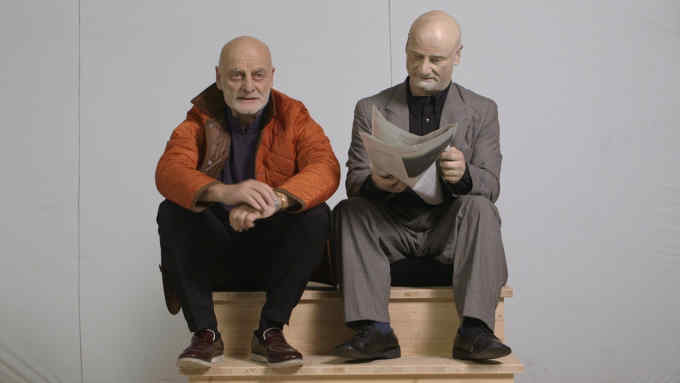