The Last Wilderness: A Journey into Silence, by Neil Ansell, Tinder Press, RRP£18.99

Neil Ansell is a self-confessed loner — his debut, Deep Country, described the five years he spent living alone in an off-grid cottage in the Welsh mountains. Although he now has kids and lives in Brighton, this book finds him taking off on hikes through a remote wilderness in Scotland. He walks alone, of course, his solitude lending an intimacy that ensures the reader is right by his side.

This exploration of great deserts is anything but dry. Atkins is not a wannabe Thesiger and isn’t out to impress with stiff-upper-lipped trans-Saharan epics. Rather, his journeys in empty places on five continents are full of encounters with people — illegal immigrants on Arizona’s border, Christian monks in Egypt’s Eastern Desert and, out among the sands of the Middle East’s Empty Quarter, a British postman called Nigel.

Even though it was actually a novel, Dave Eggers’ Heroes of the Frontier was one of the best US travel books of recent years. His latest book is a biography of a young Yemeni-American who sets up a business importing coffee from Sana’a — it gives an enthralling glimpse into a rarely visited country.

Every year the Yukon witnesses one of nature’s great migrations: the 2,000-mile journey of hundreds of thousands of salmon, from the Bering Sea to the waters of their birth among the Canadian peaks. In this lyrical debut, Adam Weymouth canoes the length of the river to watch the fish and meet the communities who have relied on them, but are now struggling as stocks fall.

When Raynor Winn learns her husband is terminally ill and a failed investment leaves them homeless, they make a spur-of-the-moment decision to walk England’s 630-mile South West Coast Path, camping in the wild and living off packets of noodles. It’s a remarkable and redemptive journey.

What is the best travel book you have read this year? Let us know in the comment field below 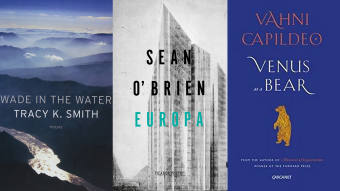