The green road to post-crisis recovery

Even for rich countries, the road to economic recovery from coronavirus will be a steep one. For emerging markets it will be steeper still. High debt, disruptions to foreign investment, and weaker social safety nets will make them more vulnerable. Increased unemployment and a fall in remittances from migrant workers will add to the pressure.

Given such headwinds, it may seem only reasonable for developing countries to set aside their plans to reduce carbon emissions. Isn’t survival the priority — and shouldn’t advocates of environmental sustainability discreetly step aside? On the contrary: recovery and, for that matter, long-term prosperity go hand-in-hand with sustainability.

A still popular perception that carbon reduction policies are simply expensive might have been true 10 years ago when the cost of clean technologies was high. But, even then, some green investments have paid off over the longer term.

China supported its low-carbon sector generously and now is ahead of many developed economies in the technology competition. South Korea spent a significant proportion of its budget to tackle the 2008 financial crisis on green stimulus measures. It is now a leader in batteries and other low-carbon technologies.

The lesson from 2008 is that measures responding to an economic crisis can be combined with efforts to meet long-term sustainability goals. There are however three key differences between then and now.

First, the cost of renewable energy has dropped dramatically, in many cases below that of conventional energy (though the slump in oil prices complicates the picture). Today we don’t have to talk mainly about investing in speculative technologies but more about the pressing need to extend the deployment of widely available and commercially proven solutions.

Second, the world’s development institutions are now much more focused on climate change than in 2008. The World Bank and the IMF have taken stronger positions on climate action, while the European Investment Bank has started referring to itself as Europe’s “climate bank” and has undertaken to devote 50 per cent of its financing to climate action and environmental sustainability by 2025. The EU aims to be climate-neutral by 2050 — that is, to have net-zero greenhouse gas emissions by then. Much of the financial and technical support it offers externally will be informed by that goal.

Third, a global carbon price is on the horizon. It will take time for it to be established but there are already some 50 carbon markets around the world. The EU is now discussing a “carbon border adjustment mechanism” that will reflect the carbon footprint of the goods it imports, and the IMF has suggested that a $75 per ton global carbon tax by 2030 would be the right goal. Factoring the future carbon price into new projects will be essential.

This new environment suggests that climate-mitigation measures would not only be compatible with post-coronavirus stimulus in emerging economies, but make for a stronger recovery and long-term sustainable growth. So what will that scenario entail?

Fast distribution of cash will be essential, though it may be a challenge to identify enough labour-intensive and ready-to-go low-carbon projects in emerging markets. One obvious candidate will be the building sector. Developed economies can help by offering regulatory advice, such as on high-efficiency building standards, while national governments will have to adapt their administrative and licensing procedures.

It is important that such investments, whether in construction or transport and telecommunications, be channelled towards infrastructure for the future. Streets and motorways should be ready for electric vehicles, high-speed rail will be needed to replace air travel, and electricity grids should be designed to enable the integration of renewables. A critical element will be widely accessible fast broadband.

In parallel with the transfer and adaptation of regulations and technology from developed countries, there will also be leapfrogging opportunities for emerging markets. The government-backed programme for the mass introduction of LED lights in India is a striking example. Launched in 2015, it is now saving the country 30 terawatt hours, the equivalent of Denmark’s annual energy consumption, according to research published in the journal Energy Research & Social Science. The bulbs’ efficiency and durability also ultimately increase household disposable income.

Sub-Saharan Africa’s leapfrogging from a very limited cable phone network to widely available mobile phones has been followed by extensive distribution of decentralised solar energy. Creating renewable electricity community grids would be the natural next step.

The recovery after 2008 showed that “green growth” is not an oxymoron. Since then, anxieties over climate-change — and awareness of the need for action — have only become more pressing. Coronavirus is a severe blow, certainly; but it need not be a blow to a more sustainable future.

Julian Popov is a fellow of the European Climate Foundation 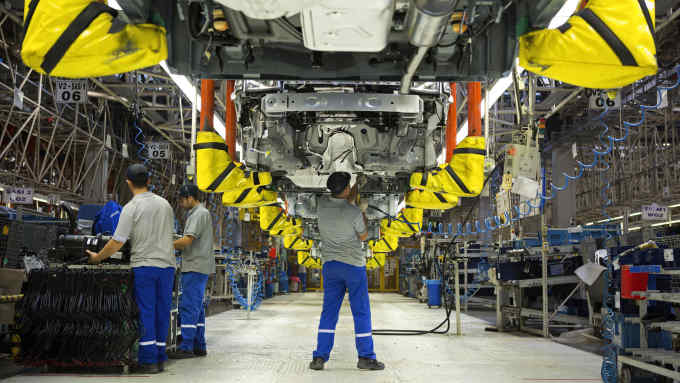