Authorities are attempting to lure locals away from their cars

As a way of making good on a pledge to get people out of their cars, Luxembourg’s decision at the end of last year to scrap tickets on its public transport system was hard to beat.

Be it buses, trams, or even rail services entering the country’s territory from abroad, once you are inside the grand duchy, all public transport will be free from March 2020.

Estonia already has free public transport for residents of its capital Tallinn and other county districts. But Luxembourg’s initiative is the first such scheme in the world that is truly countrywide.

Public transport in one of Europe’s smallest states is already cheap — locals can criss-cross the country for €2. But Luxembourg’s growing affluence has resulted in it having the highest rate of car ownership in the EU, with 662 passenger vehicles per 1,000 inhabitants.

This love affair with the car, combined with large numbers of cross-border commuters, has created a growing problem of traffic congestion across the duchy, particularly at peak times. François Bausch, Luxembourg’s transport minister and Green member of parliament, says the groundbreaking project is “the cherry on the cake of a large new strategy of mobility for the country”.

The need for that investment is clear — concerns about traffic congestion have rocketed up the country’s political agenda because of the growing volume of cross-border commuters.

“We have a very specific situation,” Mr Bausch says. “No country in Europe has a situation like we have.” Some 200,000 people crowd into the country each working day from abroad. Congestion times are among the highest in Europe, with each driver spending on average 30 hours stuck in jams every year, according to EU data.

Government’s plans are extensive, and, unusually for a national transport strategy, they stretch beyond its borders. The overarching plan includes funding to upgrade the rail link to Thionville in France and to invest in park-and-ride schemes on the other side of the French border. Some 300km of cycle routes are also being laid out, as well as moves designed to further encourage car sharing by commuters.

The aim is to support economic development in the “whole greater region” that has Luxembourg City as its centre, Mr Bausch says. The plans to double the capacity of rail routes to France will alone cost €620m.

One sign of change is already very visible: a new tram system that was opened in December 2017. The tram line currently covers about 5km and links the centre of Luxembourg City to the business and EU institutional district of Kirchberg in the north-east.

The government’s plans, unusually for a national transport strategy, stretch beyond its borders

The reintroduction of tram transport follows its abandonment 50 years ago. Initial take-up of the new service is good, with passenger numbers exceeding government projections. The tram network is set to be steadily expanded over the next five years, with plans to link it to the central rail station.

For Mr Bausch, the tram was also an attempt to redefine the image of public transport identified with crowded buses. The trams are virtually silent, have at-seat USB charging sockets and a colourful interior of pinks and blues. These are not the only embellishments: each stop is announced with its musical motif, while information screens in the interior display the number of minutes remaining to every stop on the line.

Dahlia Englaro, a local student, says that the system is already being well used. “It is on time, and it has made it easier to get around, for example to Kirchberg. It’s practical.”

Another passenger, a retired magistrate who did not want to be named, says that the tram was “not a white elephant,” although it would not be enough to solve the congestion problems. “There is no right solution,” he says. “There are too many people coming to work in Kirchberg.”

Against all these other investments, the move to free public transport is a relatively cheap step that has garnered much publicity — the annual income the country makes from ticket sales is about €40m. “Compared to the whole investment in the mobility sector [the scrapping of fares] is really small money,” says Mr Bausch.

The question is, will all this really do enough to get both Luxembourgers and cross-border commuters out of their cars? Policymakers concede that a residual snobbery about using public transport continues to encourage car use.

“For me, the answer lies in the quality of the alternatives,” Mr Bausch says. “Public transport must come out of the niche that it was in the past, when it was seen as only good for people who did not have a car . . . You must have a complete change in image.”

One thorny question has been what to do about first-class travel on the soon-to-be-free system. After much deliberation it was decided to keep it as a paid-for tier, not least to avoid confusion on cross-border services.

The apparently simple task of providing free public transport has proven more culturally complex than one might have imagined. 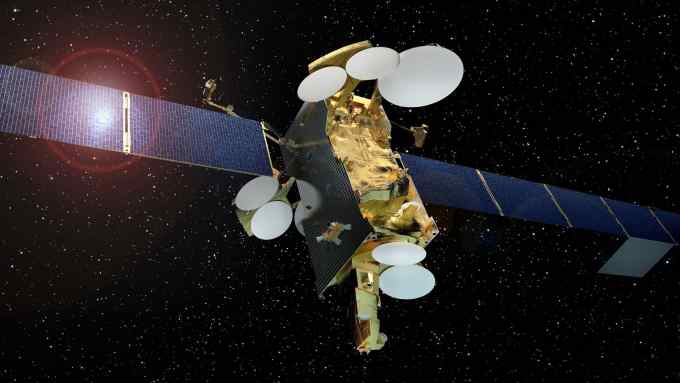