‘DIY’ monitoring systems are one answer to regulatory delays

Like many people with type-1 diabetes, Maureen McGinn used to have problems if she missed a meal or went for an unplanned walk, either of which could dangerously reduce her blood glucose level. Severe low blood sugar at night while asleep could even make it impossible for her to regain consciousness — no small worry when you live alone.

Now the 55-year-old Londoner wears two small interconnected electronic devices that have hugely reduced this risk. A continuous glucose monitor (CGM) checks her blood sugar levels in real time and communicates with a programmable insulin pump that delivers tiny amounts of insulin into the tissue under her skin.

“If the CGM picks up that my blood sugar is dropping below a certain point, or likely to do so in about 20 minutes, then the pump stops delivering insulin until the sugar level rises again and it’s safe to continue,” says Ms McGinn, who has had diabetes for 30 years.

The technology has improved in the few years that she has been using it. She now spends less time inputting details of what she is about to eat, and is less vulnerable to the effects of stress, alcohol, hormones and even the weather on her blood sugar level.

Ms McGinn uses a t:slim X2 insulin pump from Tandem Diabetes, along with a Dexcom G6 CGM. An enhanced algorithm for the t:slim X2, available in the US and expected in Europe within months, allows the pump to act as an automated delivery system. It guides insulin dosing in response to changes in blood glucose levels.

Such systems can improve sugar levels, prevent highs and lows, and reduce the need for constant adjustments. Similar functionality is provided by devices from Medtronic and Diabeloop, and by CamDiab’s CamAPS FX — an Android phone app designed to work with commercially available insulin pumps and CGMs.

However, each new generation of devices has to go through a lengthy process of regulatory approval. This has driven some people with diabetes to build their own “DIY” systems, using algorithms to control insulin dosing based on data from their CGMs.

The DIY algorithms automate much of the everyday diabetes maths that each individual would normally do, to make predictions and adjust insulin dosing. By doing so continuously, and by reducing the likelihood of error, they do a better job of maintaining an individual’s glucose levels.

“It’s a fantastic mechanism, because you can get on with your life without worry and you almost always wake up in the mornings with a non-diabetic glucose level,” says Tim Street, who runs a website about new technology for diabetics, and uses a DIY system to control his own diabetes. “That makes living with diabetes significantly less of a mental strain.”

Yet there are significant barriers to the widespread adoption of such automated systems. One is cost: about £3,000-£4,500 ($3,850-$5,750) a year, when acquisition, maintenance and the need to replace pumps every few years are factored in. Another is complexity: appealing as the DIY route may be, it requires technical knowhow.

These handheld devices for injecting insulin record details about the time and quantity of a patient’s dose and transmit them to a mobile phone app via Bluetooth.

“Used in combination with a CGM, the app can help guide people with diabetes on how much insulin to take,” says Dr Hussain. Such systems cost a few hundred pounds a year.

Present technology still relies on manual adjustment and training, and struggles to cope with a large meal and exercise

By applying AI tools to a heartbeat scan, he can detect low blood glucose with similar accuracy to a CGM. “It is non-invasive and less environmentally damaging, because there is much less waste,” he says.

Trials with diabetic patients are to begin soon and, if all goes to plan, wearable ECG-based monitors could be on the market within a few years, Dr Pecchia says. Ultimately he sees them being incorporated into smart fabrics, so patients would not need to wear separate devices.

They could also be used to watch out for conditions such as cardiovascular disease. Research on how the technique can be used to spot dangerously high glucose levels is in prospect.

Innovation is needed in other areas too. Dr Hussain would like to see faster-acting insulins. Because pumps administer insulin by infusing it under the skin, it takes time to be absorbed into the bloodstream. The delay of 10-20 minutes before it starts working, and its subsequent duration of action for several hours, mean problems can arise if patients do not anticipate when they are going to eat or exercise.

Moreover, CGMs measure tissue fluid rather than blood glucose directly, so there can be a further delay in registering changes in sugar levels.

“But present technology still relies on manual adjustment and training, and struggles to cope with a large meal and exercise.” 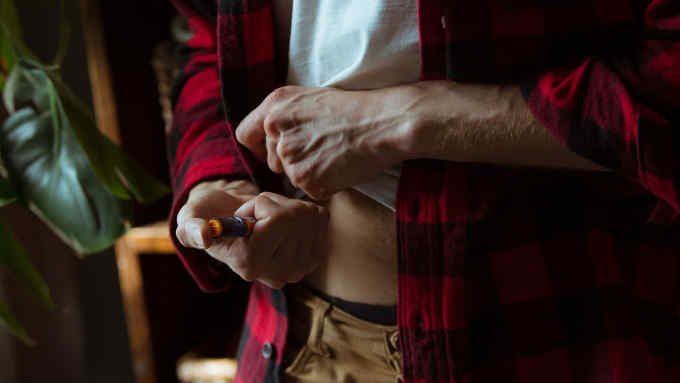