Success will depend on aligning customer need with appropriate pricing structures

London’s V&A Museum is hosting an exhibition called The Future Starts Here, running until November. Its centrepiece, acquired from Facebook after much negotiation, is a replica of the company’s high-altitude drone, Aquila, which has the wingspan of a Boeing 737. The solar-powered craft was designed to bring ultra high-speed internet connectivity to what has been termed The Great Unwired — the roughly 4bn people globally still unable to participate in the connected world.

In June, not long after the show began, Facebook pulled the plug on its atmospheric satellite, or “high altitude platform station”, and decided that the aerospace industry with which it had collaborated on the build would be best placed to take the technology forward.

The museum explains that this “represents the rate at which new ideas and technologies change and adapt within such a fast-paced landscape”. It may read like an agile get-out, but the V&A could not have better expressed the uncertain but also exciting nature of new connectivity.

What is likely is that a dizzying increase in the speed and pervasiveness of connectivity is just a few years away — much under the banner of 5G, a faster, higher-frequency version of cellular radio-based 3G and 4G. But it will roll out successfully only if regulatory deals are hammered out, there is consensus on technical standards and, of course, if the technology works effectively.

There are also questions over whether networks will opt to provide it and can work out a way of charging for it, as well as how they deliver those services (through cellular antennas, drones like Aquila, or from satellites). Mobile device makers are only likely to include it in their products if ultimately the global public and businesses demand it.

It will be like electricity, with everybody getting what they want anytime, anywhere

Today, many of us would settle for reliable 4G (even 3G), for broadband that works half as well as the providers boast and for WiFi that covers the home adequately. The fleets of British-built Aquilas that Facebook envisioned would bring 10 gigabit-per-second coverage — dozens of times faster than anything now available — to users 90,000 feet below them. Satellite distribution for the internet in remote areas would in future scenarios be 10 to 20 times faster.

The supercharged internet of the next decade will not be just for people’s mobile devices and computers. The “internet of things”, already up and running, will be equally significant, with an estimated 20bn devices communicating with one another by 2020. This will include things such as washing machines that order their own servicing and self-driving cars that can run freely through otherwise potential hazards such as crossroads because they are able to communicate with each other through latency-free networks and avoid collisions.

Again, though, there is a question over whether people want and will pay for IoT technology. While connected fridges are already available, you rarely hear of anyone owning and using one; and when today you cannot wholly rely on 4G to power even a Google search, it will not be easy to trust your life to cars dancing an intricate ballet through intersections, controlled by 5G.

On the other hand, in the promised world of enhanced connectivity, the idea of superfast connections delivered through the air, leapfrogging the need for wires, cables and cranky home routers, should be an easy sell.

Evangelists for these newer technologies say that immersing humanity in faster, more muscular connectivity, indoors and out, on planes and subways, and in remote regions, will change the world for the better.

“We’re looking at profound societal impacts,” Asha Keddy, Intel’s 5G lead, says. “We’re heading to a fully mobile, intelligent, connected society. Technologies like AI, connected autonomous cars, drones and many more are going to overlay on each other — and who knows what’s going to come out of it?”

Ms Keddy speculates that 5G could also be a force for equality, if everyone in the world has seamless, instant access to all the knowledge in the world.

The 5G offering is the most prominent but not the only enhanced connectivity option on the table. Aquila, for example, was built to transmit data by laser beam to radio ground stations. This would have the benefit of allowing consumers to use older smartphones.

Systems based on high-orbit geostationary satellites, which have been wholly tried and tested in broadcasting applications for more than a decade, use conventional parts of the radio spectrum rather than laser and microwave, and have greater geographical reach and huge bandwidth. This arguably makes it more useful to rural areas than 5G, whose localised ultra-high frequency cells are unlikely to become common outside towns.

Higher-orbit satellite systems do, however, require receivers at ground stations and are also prone to latency — a fraction of a second’s delay is unpopular with users such as online gamers.

But technologists are impressed by what they are seeing from 5G in the lab and live trials. There was a fear that signals would have difficulty penetrating buildings, but they are working better than expected.

A British researcher, Adrian Braine, who works on the technology with Surrey University, says: “If we get 5G right, there’ll never need to be a 6G. It will be like electricity, with everybody getting what they want anytime, anywhere.”

In parts of Africa, where the reach of full five-bar 4G can be remarkable even in off-the-track areas, people are enjoying the benefits of connectivity. Where it is no longer a novelty, however, people are pushing back on the ideal. There is a growing counter-current to universal, near-perfect connectivity, especially in the most developed parts of the world, where FOMO, fear of missing out, is being replaced with JOMO, or joy of missing out.

Add to that the concerns over privacy and irresponsible conduct concerning data that have damaged the likes of Facebook, and some businesses may opt not to invest in enhanced connectivity.

While the likes of Intel, Qualcomm and Ericsson are still pouring resources into 5G, China’s Huawei — which builds 5G technology and is responsible for much of Africa’s connectivity revolution — argued in April that users would not notice the difference from 4G and that networks would struggle to make money from the newer technology.

Huawei’s sceptical view is not general among technology companies, however. What is a shared concern is that regulators, anxious not to be overly accommodating to global companies, could obstruct the supposed revolution.

The European Parliament, for example, is in favour of opening up the market for next-phase connectivity to new entrants which, incumbents argue, could act as a disincentive to making the considerable investment needed to install new networks.

Obstacles aside, it seems there is enough thrust from various stakeholders to ensure the technology gets a chance to fly.

Explore the Special Report
READ MOREFuture Connectivity
Which technologies will underpin the smart cities of the future? 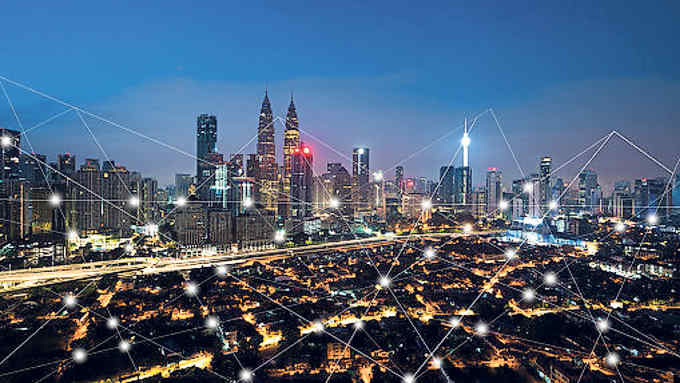