One small boy’s journey from a Chinese street to Seattle 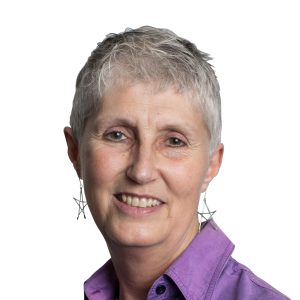 “Hello kind people! When you see this child, you will doubtless criticise the parents for being immoral. But we have no way out — please help us, we don’t know what to do.”

Thus begins that very rare thing: a letter from a father, forced to abandon his disabled infant on the streets of Ningbo, a city near Shanghai that is one of the richest in China, explaining why he did it. And, no, he had not lost a packet in the stock market slump that has rattled the rest of the world. The financial calamity that befell this father was to bear two sons, both of them deaf. Raising one son had taught him how hard it is to care for a disabled child, even today, in the age of the Chinese dream. Raising a second deaf child was simply out of the question.

So the father abandoned his six-week-old son — for his own good. And, remarkably, he felt moved to explain his reasons. “We don’t own a house, or even a place to live. I thought I could make life gradually better by being diligent: but God has had no mercy on us,” the father wrote in May 2012. “In 2004 my wife gave birth to a boy, but when he was two years old we found he couldn’t hear or talk.”

The family could not afford proper treatment so by the age of nine the child was still mute. “This year we had another child but, God is so unfair, he has the same condition as my elder boy,” the father wrote. “We beg you to save this poor thing.”

So far, so sad. But this is not a sob story. It is the tale of Bennett Sano, now aged nearly four, adopted by an American family and living in Seattle. He was recently diagnosed with Usher syndrome, a genetic disorder that will leave him not just deaf, but blind as well by adulthood.

It may not sound like it but Bennett is lucky. First, it’s rare in cases such as this for a birth parent to leave a note at all, and far rarer for the note to include anything but time and date of birth. The note was preserved in Bennett’s orphanage file (another rarity). And last week fate conspired to deliver another remarkably joyful twist to the story, when Bennett’s adoptive mother managed to find the father who wrote that letter.

Molly Sano, a Seattle sign language interpreter, appeared on local television in Ningbo, and scarcely three days later she’d met the boy’s mother, father, brother, six-year-old sister and a healthy boy born after Bennett was abandoned (proving yet again that China’s one-child policy is often a misnomer). “So many things had to go just right for this to happen,” Ms Sano said: the doctor who diagnosed Bennett as a baby saw the TV report, the parents had not changed their own phone number and they resisted the urge to ignore a call from one they didn’t know.

Frightened that she might be in trouble, the mother at first denied who she was. But she quickly had second thoughts and called back. Within hours, this extraordinary extended family was united — and Bennett’s two mothers could hardly stop hugging and crying.

They did have one touchy subject to tackle: the birth father’s letter makes clear that he abandoned the baby because a doctor told him the child needed a cochlear implant and the birth family could not afford one.

But Ms Sano and her husband, Chris — who is deaf — plan to let Bennett decide later if he wants an implant. They have taught him to sign. “To us, he is perfect,” says Ms Sano. “This isn’t a sad story of a deaf boy who will lose his vision, it’s a joyful, powerful story of a boy who happened to land in a family and a location that are a perfect fit for him,” she says. “There is no limit to our dreams for our son.”

Back in China, the birth family’s financial situation has improved; the father now has an iPhone 6s. But they think Bennett is lucky, too. “The birth mother said, over and over, now that we have seen your family, we can see that he has a better life there than here,” Ms Sano says.

So Bennett is where he needs to be. But as the adoptive mother of two abandoned Chinese daughters myself, I can’t wait for the day when birth parents can nurture dreams for their deaf toddlers without having to discard them in the street to make that happen. Gross domestic product is one thing, but I’ll be looking for a different measure of Chinese success: the day the last father writes a letter like that before leaving his disabled baby in the shadow of skyscrapers.