Passive exchange traded funds tracking “low carbon”, “climate change” or “Paris-aligned” indices allocate little of their money to the greenest companies and habitually increase the weighting of companies whose environmental performance is deteriorating.

Worse still, these ETFs starve sectors at the heart of the transition to a cleaner economy of capital, claims Doing Good or Feeling Good? Detecting Greenwashing in Climate Investing, a paper from Edhec, a French business school and think-tank.

“Since considerable investment is necessary to ensure electrification of the economy and decarbonisation of electricity, underfunding of this sector in climate-aligned benchmarks, which can correspond to a reduction in capital allocation of up to 91 per cent, would constitute the most dangerous form of portfolio greenwashing,” said Felix Goltz, co-author of the paper.

“The key issue is not how to restrict investment in these industries, but rather, how to make sure that these industries invest in technology that allows them to produce needed goods and services with minimum release of greenhouse gases,” he argued.

The findings come as investors have poured money into funds that claim to improve the world. The assets of self-proclaimed “sustainable” funds tripled between the end of 2018 and mid-2021 to $2.3tn, according to data from Morningstar.

Although a small subset of this, the assets of funds classed as clean energy, climate aware, climate solutions or low carbon have surged ninefold to $207bn over the same period, Morningstar found.

Edhec’s paper analysed Europe-listed ETFs issued by managers including Amundi, BNP Paribas, BlackRock, HSBC and DWS Xtrackers, based on indices from groups such as MSCI, FTSE Russell and S&P Dow Jones, all of which purport to help the fight against climate change.

However, one of Edhec’s findings was that 35 per cent of companies that have worsening environmental performance are rewarded with an increase in weight, a figure that rises to 41 per cent of stocks with deteriorating carbon intensity, a measure of emissions per unit of output.

“This number should be zero,” said Goltz. “This inconsistency between climate performance and weights in investors’ portfolios removes any credibility from the engagement actions that investors conduct with these same companies.”

Goltz believed this seeming anomaly has arisen because climate funds typically do not look at changes in climate performance, instead focusing on companies’ absolute “green” score, so they are not penalised as long as they do not fall into a lower category.

He criticised the lack of “common sense [index construction] rules” to prevent this happening.

In addition, the paper found that climate data determines at most 12 per cent of each stock’s weight in an ETF, with the remainder driven by market capitalisation.

“This demonstrates the dominance that these indices have in the investment management industry.

“[Climate funds] can reflect the current structure of cap-weighted indices but that’s not necessarily aligned with climate change objectives,” he concluded.

“Given that the economy is not aligned with climate change objectives it’s very unlikely the markets would be.”

Amin Rajan, chief executive of Create Research, a consultancy, said it was “hard to disagree with the findings, if you take a purist approach where a fund’s green label should truly represent what is inside it.

“To that extent investors are short changed. And they know it,” he added.
However, he said investors were adopting a “pragmatic” approach based on the view that “perfection cannot be the enemy of progress”.

However, Kenneth Lamont, senior fund analyst for passive strategies at Morningstar, said “the recent ESG scramble within the fund industry to meet the somewhat vague definitions of Article 8 and Article 9 [the sustainable classes of funds within the EU’s SFDR] has inevitably tempted many asset managers to reach into their make-up bag and apply the green lipstick a little too liberally across their ranges.

“Serious questions have already begun to be asked, and reputations are at stake as we can see from the recent accusations levelled at DWS,” Lamont added, referring to allegations that the German fund group misled clients about its sustainable investing efforts.

More broadly, though, Lamont argued that a “lack of consensus” as to what constitutes sustainable investing “can leave asset managers in an unenviable spot”.

For instance, he said the blacklisting of sectors such as electricity by some funds “has been driven, at least in part, by client demand”.

“Investors continue to be outraged when they discover an ESG ETF holds an oil major, even one of the more ESG-compliant oil majors, and this has led to the wholesale exclusion of the energy sector criticised in the Edhec report,” Lamont said. 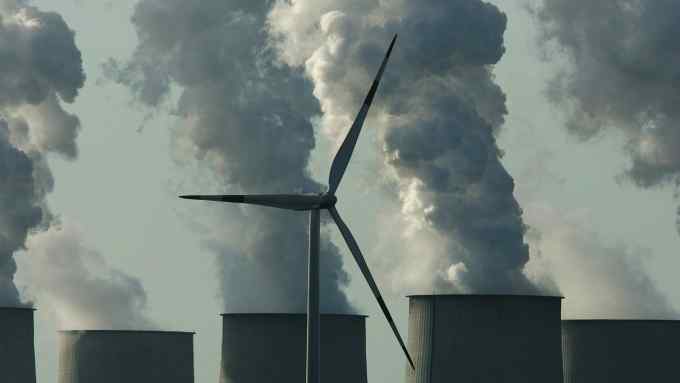