Tough measures start to pay off for Egypt

As economic indicators improve, US multinationals are looking with interest

We’ll send you a myFT Daily Digest email rounding up the latest Egypt news every morning.

In a recent television advertisement, Egypt’s investment ministry promotes official claims of the speedy delivery of services offered to investors at its new gleaming centres in Cairo and elsewhere.

The ad shows a group of businessmen expecting to be given a full display of the country’s notorious bureaucracy. Instead of having to stand endlessly in queues, however, they are invited by a polite official to relax with a cup of coffee until their paperwork has been completed. “This is five-star service,” marvels one of them.

Alongside tough measures to stabilise an economy scarred by years of turmoil after the 2011 revolution, Egypt wants to revive local and foreign investment to help create jobs for the 700,000 new people who enter the workforce each year.

Eighteen months after the start of a reform programme agreed with the IMF, businessmen and analysts argue that harsh actions, such as devaluing the Egyptian pound and slashing energy subsidies, are now paying off.

They expect investment to take off as economic indicators improve and international business looks with interest towards the Arab world’s most populous nation.

As part of the IMF deal for a $12bn loan, in November 2016 Egypt floated its currency. It quickly lost half its value against the dollar, delivering a price shock to a country that relies heavily on imports. Inflation hit more than 30 per cent in July 2017. It had fallen to 13.3 per cent in March this year, however, and is expected to decline further.

The budget deficit is expected to narrow to 8.4 per cent of gross domestic product next year, from 9.8 per cent in the fiscal year to end June.

Natural gas discoveries such as the giant Zohr field, which came on stream this year, and government investments in infrastructure have ended the power problems bedevilling industry in recent years. A new bankruptcy law — long demanded by investors — was adopted in January. The government also plans to sell stakes in several state-owned companies before the end of 2018.

Tarek Tawfik, head of the American Chamber of Commerce in Egypt, says foreign investors have been waiting to see if the “reforms are sustainable and politically viable”. He adds that “US multinationals are gearing up to expand their investments after they ensure that reforms will continue”.

Most foreign direct investment has been in oil and gas, and some in renewable energy. Though vital sectors, they produce few jobs for nationals.

Bankers say investors are starting to look more closely at healthcare, consumer goods, textiles and manufacturing. These offer a domestic market of about 98m people and export potential following the devaluation.

US multinationals are gearing up to expand their investments

Mohamed Abu Basha, head of macroeconomic analysis at EFG Hermes, the regional investment bank, says investors typically view “reform fatigue” as a risk, but he argues that “there is no reason for such worries because reforms that are coming are of less magnitude than the ones already implemented”. Mr Abu Basha notes that high inflation since the devaluation pushed down demand, which has only recently started to pick up.

“It takes time for demand to recover after macro adjustments like the one Egypt went through, so it is natural we are not seeing a lot of FDI now,” he says. “Starting next year, we will see a pick-up of FDI as demand rebounds.”

As inflation soared, the central bank raised interest rates in 2017 by 7 percentage points to about 20 per cent, making credit prohibitive for Egyptian companies.

Now that inflation is falling, however, interest rates have started to decline.

“Since August we have been seeing a recovery for Egyptian companies,” says a senior Egyptian banker. “Factories were working [at] half capacity after the devaluation, but now it is 60-65 per cent and increasing every month.

“Based on this I do not think companies will do massive investment now,” he adds. “But by year end, with [demand] rising and interest rates coming down, it will create a favourable perfect storm.”

Egypt still has to cut bureaucracy, improve access to land for new projects and ensure fair competition, analysts and businessmen say. A concern for some of them has been competition with the military, which has expanded its involvement in the economy since Abdel Fattah al-Sisi, himself a former military man, became president in 2014.

Mr Sisi has relied on army companies to drive investment at a time when the government has been in disarray and the private sector reluctant to invest. The military’s role remains a concern “but it has been blown out of proportion,” the banker says. It is “not big enough to disrupt the market” and “there are still huge profit margins to be made” by the private sector.

The IMF is still not quite so convinced. Without mentioning the military, it warned in a recent report that the large role of the state “limits the fiscal space for productive investments” and “marginalises the private sector”.

Get alerts on Egypt when a new story is published 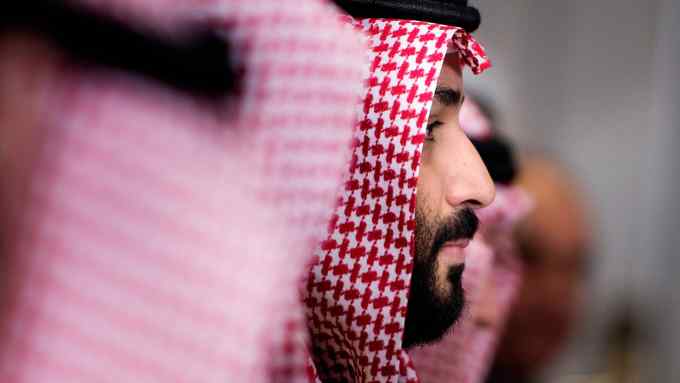