Flows into government bond ETFs surge to record high in May

Net flows into government bond exchange traded funds hit a record high in May as deteriorating economic sentiment led investors to batten down the hatches.

Purchases of sovereign bond ETFs surged to $26bn, according to data from BlackRock, up from $15.9bn in April and far ahead of the previous monthly record of $18.5bn, set in December 2018.

The swing to the historically low-risk assets deepened investors’ defensive pivot after net inflows to ETFs as whole slumped to a two-year low in April.

“It’s a pretty big deal, a bit of a comeback [for government bond ETFs] and nearly double the figure in April,” said Karim Chedid, head of investment strategy for BlackRock’s iShares ETF arm in the Emea region.

Nate Geraci, president of The ETF Store, an investment adviser, said “there are some meaningful risks on the equity side, particularly concerns that the Fed may thrown the US into recession. If that happens fixed income and government bonds start to look more attractive.”

“There is a flight to quality,” added Kenneth Lamont, senior fund analyst for passive strategies at Morningstar. “There is an expectation that there are economic headwinds ahead and perhaps the best store of wealth is in quality,”

The buying was focused almost exclusively on the US market, which accounted for 96 per cent of net inflows.

The pick-up in sentiment follows a sharp sell-off in the US Treasury market, with the yield of the S&P US Government Bond Index jumping from a low of 0.68 per cent in August to 2.68 per cent at the end of April. It dipped a fraction in May, but has since risen higher still to 2.8 per cent.

As in prior months, demand was largely concentrated on the short end of the maturity curve, with short duration ETFs sucking in $9.2bn. However, there were signs of a broadening of demand, with blended maturity funds attracting $7bn, nearly three times as much in April.

“We saw an increase across the board in terms of duration, with a huge pick-up in blended maturities,” Chedid said.

Geraci believed these flows may also have been supported by a technical factor. Many investors may have been “locked into expensive, underperforming mutual funds” that they were wary of selling because this would have triggered capital gains tax. The sell-off may have allowed some investors to sell and rotate to cheaper ETFs without being hit by a tax bill.

In contrast, emerging market debt, a risk-on asset class, suffered its largest outflows since the coronavirus crash of March 2020 — the $4.2bn stripped from ETFs marked the fourth consecutive monthly outflow.

High-yield debt, another procyclical sector, attracted $3.8bn in April, ending a run of four consecutive negative months. The upturn may signal that some investors believe high-yield debt is now starting to look cheap.

However, Chedid was sceptical about the case for high-yield bonds at this juncture, and believed investors’ overarching sentiment remained defensive across all asset classes.

Net inflows to equity ETFs rebounded from just $6.3bn in April to $54.3bn in May. However, Chedid said it was the April figure that was the anomaly and the May reading was simply a return to long-term norms, rather than a sign of re-risking or investors buying the dip.

Again the US led the way, vacuuming up 90 per cent of inflows. Flows in the European ETF market “fell off a cliff in May”, according to consultancy Blackwater.

“International [non-US] stocks have underperformed for such a long period of time that a lot of investors are throwing in the towel and sticking with US exposure,” Geraci said.

It was also evident at the sector level, with the likes of healthcare funds enjoying inflows but money being withdrawn from more cyclical fields such as energy and financials. The latter lost $6.3bn and has now shipped a cumulative $23.3bn since mid February.

Chedid said these trends played to the strengths of the US stock market, which has more of a “quality tilt” than value stock-laden Europe. In particular it has a far higher weighting towards technology, a sector that may be “well positioned in terms of margin pressure” amid sticky inflation.

Despite the jump in government bond buying, Chedid believed the concept of Tina (There Is No Alternative to equities) “has been challenged but is not dead”.

“From a cross-asset perspective the gap has shrunk a little bit,” Chedid said. “Bonds are not as expensive relative to equities as they were.” As a result, “the picture is becoming more balanced across equity and bond flows”.

For Tina to be over, Chedid believed “you have to call the end of central bank support [for bond markets] and I don’t think we are there yet”.

He forecast “a dovish pivot” by central banks later this year, with the US Federal Reserve potentially raising rates to “neutral” levels (about 2.5 per cent) but not going beyond that and the European Central Bank probably not even getting that far, despite Chedid’s estimation of neutral in the eurozone being as low as 1.25 per cent.

Geraci was also unwilling to read Tina’s death rites until it was clear how far the Fed was willing to go to tackle inflation.

“I don’t think I’m ready to call Tina dead at this point. It’s maybe on life support,” he added. 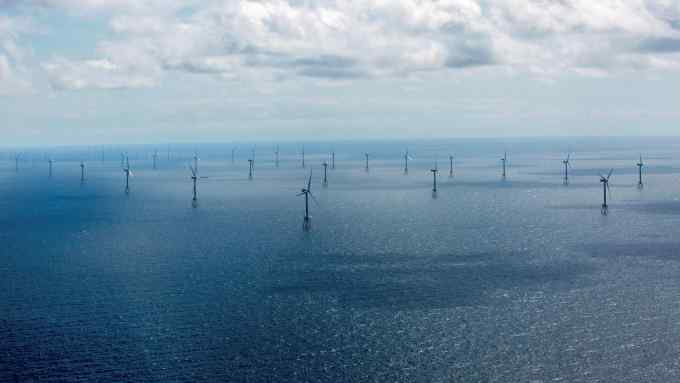