Some investors believe transparency reforms would weaken the market

One quiet October morning two years ago, the vast but normally placid US government bond market see-sawed violently for seemingly no reason, causing dropped jaws on trading floors around the world.

In less than a quarter of an hour, the yield of the 10-year Treasury bond tumbled and then rocketed higher, the third-biggest swing since 1998 and the only one of such a magnitude that happened without a clear trigger.

Last year a clutch of government agencies led by the US Treasury finally published its forensic account of the incident and found no obvious smoking gun. Instead it blamed a mix of investor positioning and algorithmic trading by high-frequency traders. But the report’s most significant revelation was that it showed how little transparency there is in the Treasury market — despite its importance in funding the US government and as a bedrock of the global financial system.

It took regulators many months to compile the data that they needed for the report. As a result, the government earlier this year launched a proposal to collect information on every trade that happens in the US government debt market.

“The need for more comprehensive official sector access to data, particularly with respect to Treasury cash market activity, is clear,” Antonio Weiss, a senior adviser to Treasury secretary Jack Lew, said at the time. “It is important to build on this growing consensus and we are committed to having a comprehensive plan to collect cash market data in place by year end.”

That deadline — close to when the Obama administration will leave the White House — is approaching quickly, leading to a scramble among policymakers to get everything in place. But not everyone involved in the Treasury market thinks more transparency is a good idea.

So-called “primary dealers” — the banks that arrange Treasury sales and facilitate their subsequent trading — are worried that trade reporting to government agencies will eventually morph into public, real-time information sharing, similar to the “Trace” system set up for corporate bonds.

Trace, administered by the Financial Industry Regulatory Authority, has over the years let sunlight on to the historically shady corporate bond market and narrowed the bid-ask spread — the difference between the prices that investors can buy and sell debt.

But it has also deterred banks from facilitating big trades, as the prices of such deals will be swiftly shared with everyone, making it harder for them to make as much money.

Banks and some investors fret that Treasuries will meet the same fate. They argue it will lead to a deterioration in the market’s health and worsen the already weakened position of the primary dealers as its central middlemen.

Deirdre Dunn, a senior Citi trader, said in a comment letter to the Treasury that her bank did not support a move to broad-based market dissemination “since it is likely to degrade liquidity further for limited overall benefit to the market”. 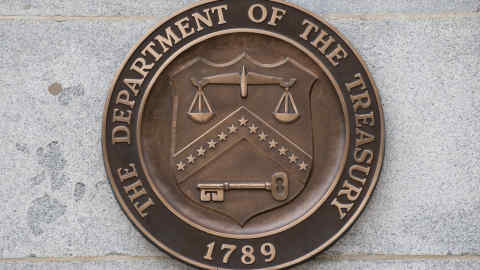 Some asset managers, which depend on banks to facilitate most of their trades, have some sympathy with the banks’ position. The Investment Company Institute, a trade body, has argued that regulators should carefully consider the pros and cons of a real-time information system.

While the ICI acknowledges that transparency would bring some benefits, it said in its comment letter that these advantages should be “carefully balanced” against the danger of eroding the Treasury market’s liquidity and therefore its health.

But not all market participants are against more information sharing. An instant or near-instant public information system would be a fillip for high-frequency traders, which are becoming increasingly influential in the Treasuries market.

They argue that it would also strengthen the market and improve its overall health by giving everyone equal insight into its workings.

Rather than impair the market, Citadel Securities, the market-making arm of the eponymous Chicago hedge fund, said in its Treasury comment that this would empower low-cost, high-speed electronic trading firms and improve “execution quality” for all US government traders.

Wary of overreaching in the Obama administration’s final days in office, the Treasury is expected to settle for something more modest, eschewing public reporting in favour of full, real-time insight into activity in the government debt market for regulators and government officials.

It is startling to read that one of our largest markets, the US Treasury market, lacks the basic transparency that our other markets have enjoyed for many decades

The US Securities and Exchange Commission is considering a proposal for all registered broker-dealers to report their Treasury transactions to Finra’s Trace. This would involve reporting all trades by the end of the day, but the SEC does not propose sharing the information with the public — at least not yet.

The Treasury plans to set out its broader approach to transparency this year, but for one member of the public, shedding more light on the US government bond market is long overdue.

“It is startling to read that one of our largest markets in the US, the US Treasury market, lacks the basic transparency that our other markets have enjoyed for many decades,” Jane Carson, an 80-year old individual investor, wrote in a public comment in response to the proposal.

“It is beyond embarrassing that an entire piece of legislation called Dodd-Frank was enacted to provide trade reporting for arcane instruments called ‘swaps’ and failed to include our government’s own securities.”