Rodney Graham: the conceptualist who makes painting his muse

“I’m getting to my studio,” replies Rodney Graham when I ask him how he’s negotiating lockdown in Vancouver. That response says everything about the central role art plays in the life of the 71-year-old conceptualist.

Indeed, since his first works from the late 1970s, which riffed on the mechanism of the camera obscura, art has been not only Graham’s practice but also his subject.

Little wonder, then, that painting is the muse behind his latest work. Created for the Frieze New York Viewing Room and the gallery space — both online, naturally — of Graham’s dealer, Lisson Gallery, the sequence evolves out of an earlier cycle Vacuuming the Gallery, 1949, which Graham created in 2018.

That work comprises a lightbox display depicting a mise-en-scène of a postwar gallery hung with the graphic, abstract paintings fashionable at that time. Centrestage is occupied by the art dealer — white, male, middle-aged, pipe-smoking and played by Graham — as he nudges a vacuum cleaner across his already spotless carpet. In the background, an elegant woman peers at a picture as if considering purchase.

It’s a witty gesture, taking a swipe at gender stereotypes as much as the art world. Although the paintings may be dated, the depiction of the blue-chip commercial gallery as an exclusive faux-museum, accessible only to the moneyed few, is even more acute today.

The new presentation, entitled Painting Problems, focuses on Graham’s paintings themselves, apparently of a similar era to those in Vacuuming the Gallery. They are however more varied and complex than their 2018 predecessors. Their floating shapes, geometric here, fluid there, and contrasting shades — some pale as sky, others in hard blacks and bruised purples — riff on Cubism, Art Informel and Constructionism. You feel you know the author but can’t quite remember their name.

In truth, Graham concocted all these pictures in collaboration with Photoshop — “I have a very basic understanding” — and his team of assistants, who, says Graham, are “more precise” than he is, although they do follow his “Photoshop indications”.

With the dealer the picture of conservative masculine elegance, in his cashmere V-neck and tie leaning on an antique chair, a touch of melancholy in his eyes, the image has curious poignancy. It is not just that this era of painting, so diminutively innocent in comparison with today’s grandiose, commodified expressions, is over. It’s also that Graham himself is prey to nostalgia.

“I missed out on painting,” he tells me, his voice low and melodic. “So I am always looking for an opportunity to do it.”

Indeed, born in Abbotsford, British Columbia, in 1949 — no coincidence that Vacuuming the Gallery bears that date — Graham came of age in the 1970s, a time when painting was resolutely unfashionable. While ostensibly he studied fine art at the University of British Columbia in Vancouver, Graham — who describes himself as “a bit of a dabbler” — was always drawn to literary expressions as much as visual ones. He was especially drawn to French writer Raymond Roussel (1877-1933) whose surreal, rebus-like texts danced with wordplay and patterns.

On reading Impressions of Africa, one of Roussel’s signature books based on homonymic puns, Graham discovered a new world of inspiration. “I loved its puzzle nature,” he recalls. “And the idea of a secret methodology.”

With influences such as the conceptual artist Ian Wallace, who taught Graham at university, and Vancouver photographer Jeff Wall, now renowned for his stagy, ice-cool mise-en-scène, Graham started to build layers of reference, media and interpretation to create works that teeter like a Borgesian pyramid.

Does he ever lose his way in his encrypted labyrinths? “I work kind of slowly,” he muses, his voice reflecting this unhurried pace. “So I guess I feel in control of it.”

Although Vacuuming the Gallery and the new series for Lisson are layered as a Russian doll, Graham sounds sincere when he says he’s “trying to move away from the loaded back story”.

“I did so much conceptual work in the 1980s and ’90s which had so much explaining to do,” he continues, referring to pieces such as “Lenz” (1983) and “Reading Machine for Lenz” (1993), which reordered novella based on the experience of a schizophrenic by Georg Büchner in the first instance, then, in the follow-up, added a machine that rotated the existing chaos.

The film that plotted Graham on to the international map was Vexation Island (1997). Shown in Venice the same year, when Graham represented his country at the Biennale, it is a nine-minute loop in which the artist plays a 17th-century sailor washed up on a desert island under a palm tree. After sleeping for more than eight minutes, he wakes up, gets knocked out by a coconut and the sequence begins again.

The piece, which nails the human condition as a tragicomic loop of futility, set Graham on a path to a galaxy of solo shows in major global museums, including MOCA in Los Angeles (2004), the Museum Voorlinden, in Wassenaar, the Netherlands (2017) and the Baltic Centre for Contemporary Arts, in Gateshead, the UK (2017).

Despite Vexation Island’s relatively straightforward premise, and Graham’s desire to simplify his practice, much of his subsequent work has retained a mille-feuille density. Hence his decision to return more seriously to painting in the future.

“When I get painting, I make a mess!,” he says, comparing the practice to the “super-disciplined” demands of film-making. “I want to find a balance between spontaneity and meticulous planning.”

If he finds that equilibrium anywhere, it’s with the Rodney Graham Band, a group of musicians with whom he has been singing and playing guitar for more than 20 years. After listening to some tracks online, I can say that his husky, subtle tones and quirky lyrics remind me a little of the downbeat allure of US singer-songwriter Loudon Wainwright III.

Asked how his musicality feeds into his art, Graham replies bluntly: “It doesn’t. It’s a hobby.” Far from grandiose even when talking about his artistic career, on the topic of his music he is delightfully self-deprecating. “I just put my stuff up [online]. You can follow every play you’re getting, you can track it precisely,” he pauses for dramatic effect then says: “And hardly anyone listens!”

That discovery has swept away his previous illusion, he says, that his music played to a “different audience” from the art world. “Now I’m finding there’s no audience at all!”

He has no plans to lean on his art-world networks to buff up the band’s reputation. Before we say goodbye, he recounts a darkly comic memory of playing at the opening of another artist, at the Frankfurt exhibition space Portikus. “They made me a cylindrical tub-shaped stage. I was playing acoustic guitar and the whole time, people had their backs to me. It was like being a performing animal at the zoo!”

Given his unvarnished self-image, I’m not surprised when Graham tells me he loathes visiting art fairs. “I’m fine about making work for them but I hate going to them because everything looks so great, and my work looks shitty,” he takes a breath before clarifying: “Lightboxes look terrible because the art fair is so bright.”

In Frieze’s new digital iteration, of course, Graham’s problem will be solved. 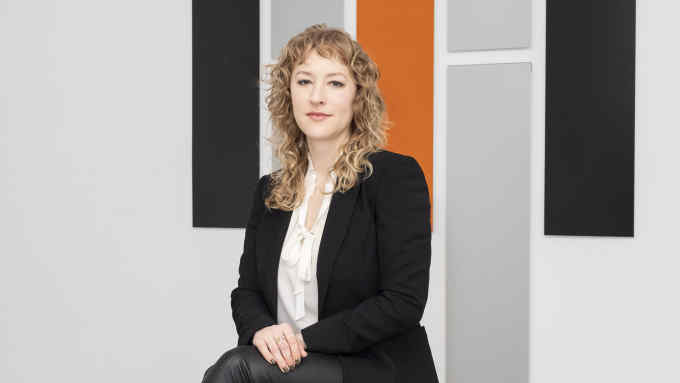