Alongside the Covid-19 death total, there are other clues to the truth
Tim Harford

Wishful thinking is a powerful thing. When I read about a new disease-modelling study from the University of Oxford, I desperately wanted to believe. It is the most prominent exploration of the “tip-of-the-iceberg hypothesis”, which suggests that the majority of coronavirus infections are so mild as to have passed unrecorded by the authorities and perhaps even un­noticed by the people infected.

If true, many of us — perhaps most of us in Europe — have already had the virus and probably developed some degree of immunity. If true, the lockdowns have served a valuable purpose in easing an overwhelming strain on intensive care units, but they will soon become unnecessary. If true.

But is it true? If it is, it stands in stark contrast to the far grimmer modelling from a group at Imperial College London, which concluded that if the epidemic was not aggressively contained, half a million people would die in the UK — and more than 2m in the US. Models such as this one helped to persuade the British government to follow much of continental Europe in putting the economy into a coma.

The differing perspectives are made possible by the fact that the data we have so far are not very good. Testing has been sporadic — in some places, shambolic — and everyone agrees that large numbers of cases never reach official notice. We do have solid statistics about deaths, and as the epidemiologist Adam Kucharski, author of The Rules of Contagion, observes, a wide variety of scenarios are consistent with the deaths we’ve seen so far. Perhaps Covid-19 is uncommon and deadly; perhaps it is ubiquitous and kills only a tiny proportion of those it affects. Deaths alone cannot tell us.

He speculates that the fatality rate could plausibly lie between one in 100 and one in 2,000 cases. Either way, it is dangerous; but the difference is vast. And if the scale of our ignorance about coronavirus may seem hard to swallow, bear in mind that the fatality rate for the H1N1 swine flu pandemic in 2009 was still being debated years later.

Prof Ioannidis has form: 15 years ago he published a study with the title “Why Most Published Research Findings Are False”. That claim seemed outrageous at the time, but subsequent efforts to reproduce famous experiments in psychology have revealed that he was on to something important. We know less than we think.

But we are not completely ignorant. Alongside the death total, there are other clues to the truth. For example, thousands of people were evacuated from Wuhan city in late January and February and most of them were tested. A few tested positive and several were indeed symptom-free, but not the large majority that the Oxford version of the tip-of-the-iceberg hypothesis would imply.

The entire population of the town of Vò in Italy was repeatedly tested and, while half of the positive cases were asymptomatic, that is still much less than the Oxford model might lead us to expect.

So while it is possible that most of us could have been infected without ever knowing — and that herd immunity is within easy reach — it is not likely. That may explain why neutral experts have responded to the Oxford study with caution, and some concern that it might provoke a reckless response from individuals or policymakers.

So, what now? First: stay indoors if you want to save many lives and prevent health systems from being overwhelmed. The bitter experience of Italy and Spain demonstrates the importance of flattening the peak of the epidemic. That remains true even if, as we might hope, the epidemic is much milder and more widespread than we currently believe. It might have been tempting to wait and gather more evidence — but faced with an exponentially rising pile of corpses, “wait and see” is not an option.

Second: health systems should expand capacity, buying more ventilators and more protective equipment for doctors and nurses. In all but the most optimistic scenarios we will need them now, we will need them later in the year and we will need them from time to time in the future. This crisis is teaching us that we should have had more spare capacity all along, despite the cost.

Third: test, test, test — and not only using the current tests to detect infection, but new ones for antibodies that should show whether people have already had the virus and have developed some degree of immunity. Sunetra Gupta, a professor on the Oxford team, says that such tests may start to produce results in a matter of days.

The epidemiologists are doing their best, but they are not omniscient. They need facts with which to work. Gathering those facts systematically is one of many urgent tasks ahead of us.

Explore the series
READ MORE
Mario Draghi: We face a war and must mobilise 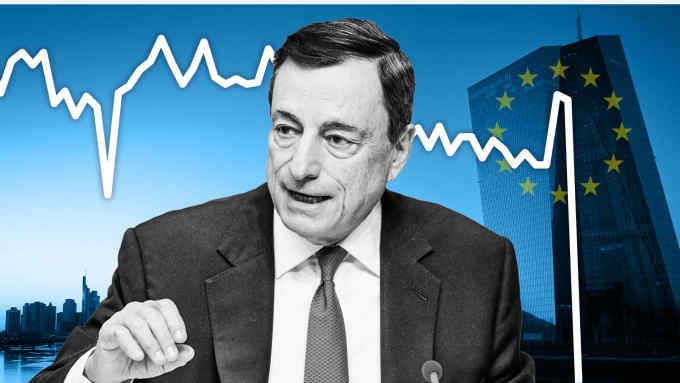