While research has shown that passive funds tend to outperform active funds over time, especially when costs are taken into account, research suggests there may be at least one anomaly.

WisdomTree’s Emerging Markets ex-State-Owned Enterprises Fund (XSOE) has generated an annualised return of 13 per cent over the past five years, third highest out of 82 EM ETFs tracked by Morningstar and well above the median return of 7.8 per cent.

Top of the rankings over this period (and indeed over both one and three years) is The Emerging Markets Internet and Ecommerce ETF (EMQQ), with a five-year annualised gain of 23.8 per cent, according to Morningstar data.

Corruption and leakage are a lot more prevalent in SOEs because management and control are not tight enough, intentionally so, as one thing we generally see about corruption is that it goes to the top

What the two ETFs have in common is a healthy disregard for state-owned enterprises — companies in which governments hold controlling stakes.

“SOEs tend to underperform over time because management often have a mandate that is not necessarily aligned with maximising returns for minority shareholders. They have state goals,” said Emily Leveille, EM equity portfolio manager at Nordea Asset Management.

Ashish Swarup, portfolio manager at Aikya Investment Management, said: “SOEs are controlled and managed by bureaucrats or politicians . . . You see them sitting on a lot of cash and you don’t see any dividends [with the money] spent on vanity projects.

“Corruption and leakage are a lot more prevalent in SOEs because management and control are not tight enough, intentionally so, as one thing we generally see about corruption is that it goes to the top.”

This really matters in emerging markets where SOEs — often defined as companies where the state has at least a 20 per cent stake — account for about 25-30 per cent of market capitalisation, compared with just 4 per cent in developed markets, according to data from Copley Fund Research, a consultancy.

Add in ex-state-owned Russian companies and Korean family-owned chaebols, which “suffer from many of the same problems”, and they are getting on for half of the EM market, according to Kevin Carter, founder and chief investment officer of The EM Internet and Ecommerce ETF.

“[Brazil’s] Petrobras is the poster child for SOEs. You literally have a third of government and two presidents and loads of others looting the oil company. You have two presidents in jail now, essentially for stealing from people who invest in the MSCI EM index,” said Mr Carter, referring to one of the 20 largest stocks in the benchmark.

Similarly, state-owned banks lend to other SOEs, even if they are inefficient, in order to prop them up and avoid politically contentious job losses, he argued.

“These are not really companies. They are full of fraud, conflicts of interest and corruption. They don’t really care about growing earnings and maximising shareholder value, so why would you invest in them?” Mr Carter added.

“Investors should not use broad EM indices. Traditional indexing doesn’t really work, it’s not the optimal way to go.”

The evidence appears to back up this assertion. Data from WisdomTree show the average EM non-SOE has generated a return of 33.1 per cent since the start of 2008, while the median SOE has lost 26.7 per cent, depicted in the first chart.

Perhaps unsurprisingly, genuinely active EM fund managers — this excludes index-hugging closet trackers — have been able to outperform the iShares EM ETF more often than not since 2003, seen in the second chart, based on Copley’s analysis of 250 funds with combined assets of $360bn.

One obvious point is that SOEs tend to be clustered in specific sectors, such as banks and oil companies, so removing them creates a very different asset mix, which may or may not be desired.

According to WisdomTree, emerging market SOEs were 74.4 per cent “old economy” (energy, financial, materials, real estate and utilities) by market capitalisation and 25.6 per cent “new economy” (communications services, consumer discretionary and staples, healthcare, industrials and technology) as of the end of June. Non-SOEs were almost the mirror image of this, at 27.5 per cent old and 72.5 per cent new.

“SOEs tend to be dominant in strategic sectors such as banks, oil in Russia, mining in Brazil, many sectors in China and telecoms and so may often be in sectors where returns on equity are lower or companies are less efficient,” said Geoff Dennis, an independent EM commentator.

“Non-SOEs tend to be dominant in more dynamic, high-growth sectors such as tech, real estate, industrials and consumer which will, as a result, tend to have higher average returns on equity.”

The market is unforgiving when it comes to funding rubbish businesses but governments are more forgiving, especially if there is a social agenda

“EM SOEs have been underperforming in recent years as the key drivers of EM upside have been more innovative sectors, such as internet and tech, which are mainly represented by EM non-SOEs,” he said.

“We see that trend continuing, if not accelerating.”

Mr Carter created his fund to play what he sees as a secular trend for billions of EM consumers to adopt more digitised lifestyles.

“The positive side is the consumer. That’s the thing that’s emerging. [EMs are] 80 per cent of people [globally] and as these people are moving up they want more stuff,” he said. “It’s the fastest growing sector in the world.”

As such, his avoidance of SOEs largely goes with the territory, as they are relatively rare in the technology and consumer fields in which he operates, yet Mr Carter said he had “continued to argue against owning any state-owned or state-backed companies in any EMs”.

Some are not convinced all SOEs are necessarily bad investments, however.

“I’m not sure that excluding SOEs would guarantee that you can outperform an index on its own,” said Nordea’s Ms Leveille.

“There are a handful of SOEs that have been able to deliver returns and there are plenty of bad companies listed that are not SOEs. You have to look case by case,” she said, with Bank Rakyat Indonesia, an example of a successful SOE, aided by “competitive” management remuneration and “very little tolerance for corruption”.

Gordon Yeo, portfolio manager of the Arisaig Asia Consumer Fund, argued that “like everything else, generalisations are not useful for investing. Not all SOEs are the same.”

Nevertheless, Mr Yeo said most SOEs “flunk the alignment or quality metrics but have been propped up by government funding for longer than normally the market would. The market is unforgiving when it comes to funding rubbish businesses but governments are more forgiving, especially if there is a social agenda.” 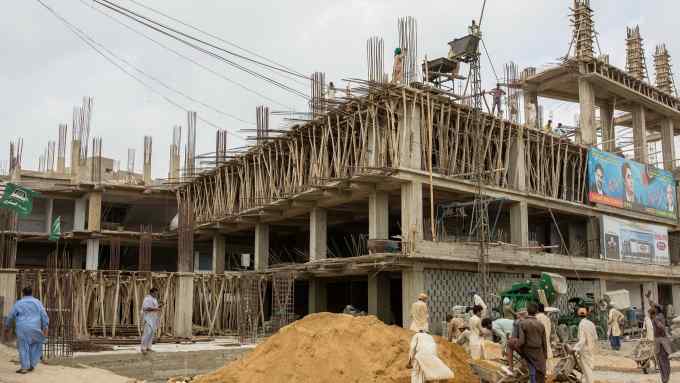