Poor countries struggle to get the insulin they need

Kampuhwe Paladie was relatively lucky when she fell sick aged 12. Her parents lived close enough to Kigali, Rwanda’s capital, to take her to hospital there. When she was diagnosed with diabetes, they also found a children’s charity willing to pay for her insulin. For other Rwandans — those who are older or who live in more rural areas — the onset of diabetes is far more of a challenge.

Ms Paladie now volunteers for the Rwanda Diabetes Association, helping at camps that it organises in different parts of the country. “Outside Kigali it’s so hard,” she says. “It may take three hours’ walk to reach a hospital and the services are not really satisfactory. We find some people don’t have access to medicine or they spend a whole week taking very small doses of insulin to make it last longer.”

Rwanda is not exceptional. While diabetes has long been thought of as a “lifestyle disease” linked to sedentary habits and a poor diet in rich countries, its burden is far greater — and growing faster — in poorer ones. An estimated four-fifths of diabetics, more than 336m people, live in lower- and middle-income countries.

If the lifestyle factors that dominate in richer regions also increasingly affect poorer countries, it is the latter whose inhabitants face a greater burden of communicable diseases such as hepatitis and HIV, which accelerate the onset of diabetes. Yet the response in terms of diagnosis, treatment and support remains poor. There is no equivalent for diabetes of the large-scale international donor support given to the Global Fund to Fight Aids, TB and Malaria, or to Gavi, the vaccines alliance.

One fundamental problem is access to affordable insulin. When the patent was sold for $1 by its discoverers to the University of Toronto in 1923, the aim was make insulin as widely available as possible. A century later, that aspiration remains unfulfilled.

A 2019 study in the British Medical Journal estimated that globally one in two people requiring insulin lacked access to it. Other research has pointed to wide discrepancies in pricing, which is inconsistent within countries and sometimes even higher in poorer than richer countries. A recent Lancet article highlighted 10 studies showing huge variation in the cost of a vial of insulin: in one it ranged from between one-third more than a standardised reference price to six times more.

The “big three” pharmaceutical groups specialising in diabetes — Novo Nordisk, Eli Lilly and Sanofi — continue to dominate global production. That is because they have managed to secure patents for improved forms of insulin, which are purer and longer-acting than the original, animal-derived version. Yet even though some of these patents have lapsed, few rival generic manufacturers have entered the market, with the result that, unlike some other therapies, there has been little competitive pressure to reduce prices.

One belated response came last November, when the World Health Organisation launched a “pre-qualification” process for insulin. The scheme is designed to nurture alternative low-cost providers by reassuring governments that their products meet WHO standards of quality and safety.

Meanwhile the “big three” have made efforts to offer “differential pricing” of insulin, with substantial discounts and even free distribution in some poorer countries. Novo Nordisk’s “Base of the Pyramid” initiative, for example, established in 2010, aims to “increase access to diabetes care for the working poor” in four African countries.

Yet the impact of such programmes remains limited, in part because manufacturers’ pricing strategies are only part of the story. Governments impose duties and taxes when insulin is imported; intermediaries add mark-ups when it is distributed through the private sector. Procurement and payment mechanisms are often fragmented and opaque, with a risk of corruption; there is also insufficient use of competitive tenders to drive down prices.

Unlike some other therapies, there has been little competitive pressure to reduce insulin prices

Other supply chain problems range from poor infrastructure to shortcomings in data management and demand forecasting, though here there are some grounds for hope. Prashant Yadav, an expert in health supply chains at Insead, the French business school, argues that a recent surge in the creation of “digital savvy distribution companies” such as mPharma could make a big difference. “Much could be solved with better information,” Prof Yadav says.

There are wider structural concerns beyond the availability of insulin, however. As an evaluation of Novo Nordisk’s Base of the Pyramid programme in Kenya concluded last year: “Despite reduced insulin costs, many patients with diabetes could not afford the additive expenses of monitoring, medicines, and travel.”

Other medical supplies that are essential in diabetes management include syringes for injecting insulin, and meters and test strips to monitor blood glucose levels. Advice from healthcare professionals is vital too.

Ms Paladie says that even when meters are provided free in Rwanda, “they are in a foreign language and a lot of people don’t know how to use them and make mistakes interpreting them or sometimes just leave them at home.”

With her own diabetes under control, she is now studying healthcare management at Kepler University in Kigali, and plans to commit herself to improving support for diabetics. “I want to create an NGO which focuses on counselling — not only providing treatment but talking to patients to try to find solutions,” she says. 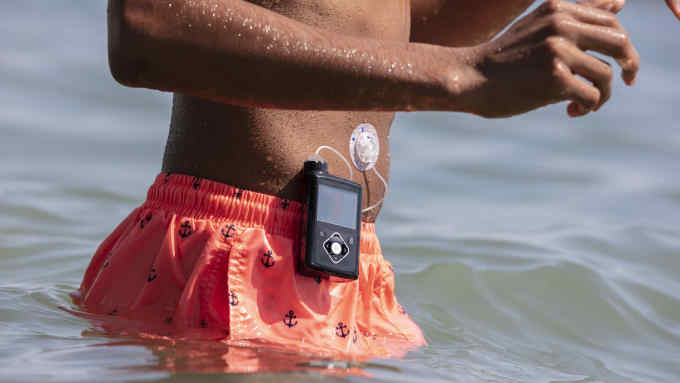