Sheikh Mohammed bin Rashid al-Maktoum, Dubai’s ruler, was upbeat when he toured construction sites last month as the city state spends billions of dollars preparing for Expo 2020. Taking to Twitter, he pledged that the regional trade and finance hub would present the “best Expo edition in its 168-year-old history”.

In Dubai, many hope Sheikh Mohammed’s optimism is not misplaced. The government forecasts that the fair will attract 25m visitors and create tens of thousands of jobs to help ease its latest downturn.

Across the oil-rich Gulf states, economies have struggled to rebound after crude prices slumped in 2015. The region’s volatile geopolitics were highlighted at the weekend when Saudi Arabia’s oil industry, including its biggest processing centre, was targeted by drone attacks, sending the price of crude soaring.

One bright spot amid the gloom is the rise of the tech sector. Global groups such as Amazon, which chose Bahrain to launch its first data hub in the region, are setting up in the region.

From Tehran to Cairo, there has been a marked growth in digital companies, from retailers to vehicle-hailing apps, that have tapped into the region’s youthful, tech-savvy populations. The success of local start-ups is epitomised by Careem, a Dubai-based car-hailing app, which Uber agreed to buy for $3.1bn in March.

The inaugural FT Future 25 Middle East list, which includes Careem, sought to identify innovative companies that are disrupting their sectors and thriving.

This month, Dubai’s Sheikh Mohammed described the emirate as the Middle East’s “Silicon Valley”, but it is not alone in seeking to foster the growth of tech. Bahrain launched “FinTech Bay” last year as part of an effort to help early-stage groups reach commercial viability and encourage global companies to establish regional bases.

Abu Dhabi, the UAE’s capital, this year launched “Hub 71” that will offer Dh1bn ($272m) of investment into funds and start-ups in its first five years. Mubadala, the emirate’s sovereign investment vehicle that is overseeing the project, will offer incentives including discounted licensing, office space, residential housing and health insurance.

“Start-ups in the region are a reflection of what is happening globally, so last mile for everything, food, groceries, fashion, all things ecommerce are leading the pack. Watch out for food tech, cloud, and dark kitchens, virtual restaurants, all being launched in the region,” says Mr Ghandour.

“Micro-mobility and mass-transportation start-ups are growing fast in Egypt and from there expanding into Africa. Fintech is and will continue to be on the rise in a region that is so much underbanked and lacks serious payment and banking solutions yet so connected via smartphones,” he adds.

Outside of the tech sector, many businesses are struggling. In Dubai, which is often acts as a barometer for the region’s economic fortunes, concerns are mounting about a slide in the real estate sector. Property prices have fallen at least 25 per cent since 2014, while economic growth decelerated to 1.9 per cent last year — the trade hub’s slowest rate of expansion since 2010.

While Expo 2020 is expected to deliver the short-term boost Sheikh Mohammed is hoping for, analysts worry that the scale of construction taking place to deliver the trade fair will add to market oversupply.

In neighbouring Saudi Arabia, home to the Middle East’s biggest economy, Crown Prince Mohammed bin Salman has been spearheading an ambitious economic reform programme in a bid to reduce the kingdom’s addiction to oil and develop new industries. But since he launched his “Vision 2030” plan three years ago, businesses have been hit by rising costs and anaemic growth.

The mood was darkened by Prince Mohammed’s corruption crackdown in November 2017, during which 300 princes, tycoons and former state employees were detained at the Ritz-Carlton hotel in Riyadh. Most have been released, but many secured their freedom only after transferring cash and assets to the state, with the government expecting to collect $100bn.

The crackdown dented business confidence and rattled foreign investors, a climate exacerbated by the murder of Jamal Khashoggi, the veteran journalist, by Saudi operatives in Istanbul last year.

Foreign direct investment fell from $7.45bn in 2016 to $1.4bn in 2017, according to UN data. It rebounded to $3.2bn last year, but that is still below the levels the kingdom attracted annually over the past decade and most of the investment has been in traditional sectors such as oil and petrochemicals.

“There are certain sectors where you are seeing investment, such as entertainment, where social reforms are creating opportunities and there’s no competition. But in many other sectors, it would take a pretty bold foreign investor to get involved,” says Rory Fyfe, managing director of Mena Advisors, a regional consultancy and research group.

Prince Mohammed is pushing ahead with plans to launch an initial public offering of Saudi Aramco, the state oil company, in bid to raise funds and inject fresh impetus into his economic reform programme.

Egypt has been the region’s best-performing economy. Growth hit 5.6 per cent in the past fiscal year — its highest since 2010 — after President Abdel Fattah al-Sisi pushed through politically sensitive measures and devalued the currency as part of a $12bn IMF loan package in 2016.

Yet the Arab world’s most populous nation has struggled to attract foreign direct investment beyond gas, while the percentage of Egyptians living on less than $1.45 a day rose from 27.8 per cent in 2015 to 32.5 per cent in 2018.

The autocratic regime’s increasing use of the military in the economy — from pasta factories to cement and agriculture — is cited as a factor deterring direct investment.

Indeed, the challenge for Cairo and many other governments in the region is to move beyond the fiscal reforms and improve infrastructure and education, remove barriers to business and stimulate the investments levels required to generate jobs.

Monica Malik, chief economist at Abu Dhabi Commercial Bank, says: “Many of the reforms in Egypt have been on a fiscal level which was essential, though there are still a lot of structural challenges facing the economy . . . Infrastructure needs significant upgrading and after years of fiscal consolidation there are signs of rising inequality.” 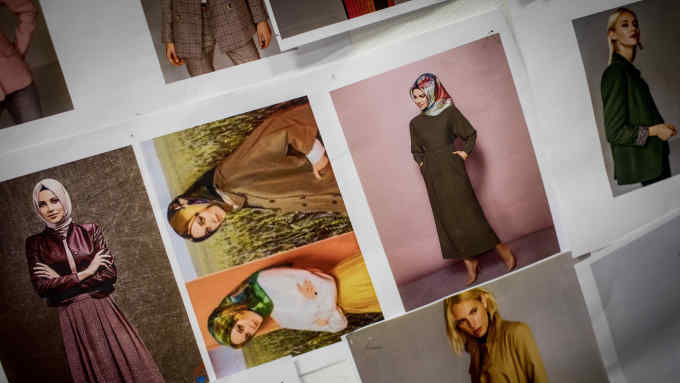