The mystery of billionaires’ long marriages 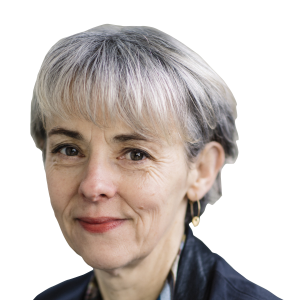 To be a billionaire, the first thing you need is a personality disorder.

That is what I had always assumed, based on my own experience of having interviewed a few of them. Now I have corroboration from someone who knows what she is talking about. Justine Musk, who spent eight years married to the man behind PayPal, SpaceX and now Tesla Motors, has taken it upon herself to share with the world her view that those who achieve great things are mostly “freaks and misfits”.

Her remarks were in response to an earnest question recently posted on Quora: How can I be as great as Bill Gates, Steve Jobs, Elon Musk or Sir Richard Branson? The short answer, she wrote, is you can’t.

The longer answer amounts to one of the best explanations of success I have ever read. According to her it comes in two types: normal success — involving hard work, talent etc — and extreme success — as enjoyed by her ex. The normal variety she recommends; the extreme version is only available to those who are born that way. “They are dyslexic, they are autistic, they have ADD, they are square pegs in round holes, they piss people off, get into arguments, rock the boat.”

So they find something bigger than themselves to obsess over and work insanely hard, she explains. It is their way of coping.

At a stroke Ms Musk has destroyed the whole self help industry. Seen like this, there is absolutely no point in studying extreme success. If you aren’t born like that, you will never achieve it. And you would not want to anyway.

However, these billionaires remain of zoological interest, particularly in terms of how they manage their personal lives. Ms Musk’s view on this is pretty grim. Extreme success, she reckons, comes complete with “family drama, issues with the Significant Other you rarely see, dark nights of the soul . . . little sleep, less sleep than that.”

In other words, billionaires are rotten people to marry. Which is also precisely what I had always thought.

Mr Musk himself sounds like a particularly bad marital bet: shortly after divorcing Ms Musk he married an actress, only to divorce and remarry her in quick succession. Now he is in the process of divorcing her again.

Yet just as I was congratulating myself on not having married a billionaire, I started thinking about the other names in the Quora question — Bill, Richard and Steve. The remarkable thing about them is not that they have gone through wives as quickly as the twinkling of a bed post, but that they have mostly found one and stuck with her.

Bill Gates, who married Melinda 21 years ago, appears to have one of those marriages so solid that if I discovered the two were splitting up, I would feel let down, as if the world had become a less dependable place. Sir Richard Branson, after a starter marriage in his early 20s, is still married to his second wife after 25 years. And Steve Jobs remained married to the same woman for 20 years, until he died.

If you go down the Forbes billionaires list a weird pattern starts to emerge. More than 40 per cent of all marriages end in divorce, but among the extremely successful, who one might have expected to be extremely unsuccessful in wedlock, the reverse seems to be the case.

Carlos Slim, number two on the Forbes list after Mr Gates, was married to the same woman for 32 years, until she died in 1999. Warren Buffett (#3) remained married to his first wife for 52 years (although for much of that time he was living with a cocktail waitress whom he married on his wife’s death).

Further down the list there are only a few who have exhibited certain traits of ADD in their approach to matrimony: Larry Ellison has had four wives and Ronald Perelman five. They are the exceptions — more of the billionaires seem to be on first wives than those who are not. This is not much of an achievement for Mark Zuckerberg who only tied the knot in 2012, but Jeff Bezos and Michael Dell have been married for more than 20 years apiece, Eric Schmidt for more than 30, Ray Dalio at Bridgewater has notched up about 40 while Phil Knight of Nike is heading towards his golden wedding.

How can such stability happen? These billionaires have all lived in the grip of a rip-roaring obsession with work that should have ruined all relationships, and all have enough money to attract gorgeous new wives — and to pay off old ones.

I have no idea what the reason is, but I wonder if it might be that when the truly weird find someone who suits them, they don’t give them up in a hurry. Or perhaps it is that if you are transfixed by your work, an affair offers insufficient thrill. Or it could simply be that if you hardly ever see your spouse, he or she is significantly less likely to get on your nerves.

Divorce will be expensive without that pre-nup / From Stéphane Magnan