Investment in schools is invisible and, unlike healthcare, takes years to show results

While global rankings may help highlight which countries are getting better returns from their spending on health and education, many others will be unable to improve without additional money.

For a long time, the education world has eyed with some jealousy the transformation of health funding. Since the turn of the millennium, multilateral donors have mobilised billions of additional dollars to tackle infectious diseases and vaccination through the Global Fund to fight Aids, TB and Malaria, and Gavi, the vaccine fund.

Other support has come through an escalation of bilateral support, notably through agencies such as the UK’s Department for International Development, and in the US, the President’s Malaria Initiative and to tackle HIV, Pepfar. Within the healthcare universe, that still leaves the need for greater focus on non-communicable diseases and a wider emphasis on universal health coverage designed to strengthen health systems rather than focus on specific medical conditions.

Yet international support for education lags still further behind. It is often considered a ‘softer’ social investment, viewed by finance ministers as less attractive and less able to deliver visible short-term returns.

In contrast, health funding can sometimes generate a “Lazarus effect”, through patients who rapidly show an improvement after treatment. Education however is more complex and opaque: apart from the tangible outline of new school buildings, most of the benefit is invisible and the “return” in terms of students who become more productive members of the workforce may take years to deliver.

Impact in education has also been more difficult to measure — and often met with greater political resistance — than in health, where clinical trials to demonstrate the efficacy and even cost effectiveness of drugs and other medical products are the norm.

Nonetheless, the situation is beginning to change. At a meeting early this year, the Global Partnership for Education, a multilateral organisation, raised $2.3bn from donor countries to be disbursed over the next two years as well as securing pledges of $110bn from its 70 recipient countries.

Separately, Gordon Brown, the former British prime minister, has put his weight behind an International Finance Facility for Education, which aims to generate $10bn for education in middle income countries ineligible for much donor support. The facility would help multilateral development banks such as the World Bank underwrite and reduce the interest on lending to countries in need, making it more attractive for finance ministers to invest.

The ultimate goal is to support the up to 400m children by 2030 who on current trends will have no education beyond age 11. If these initiatives help support core national education programmes, Education Cannot Wait (ECW) has been created under the umbrella of Unicef to help support schooling for refugee children.

More than 75m children and young people aged 3-18 are currently in urgent need of educational support in 35 crisis-affected countries.

Numerous social impact and philanthropic organisations are also becoming involved with innovative financing structures such as development impact bonds. UBS Optimus Fund and the Children’s Investment Fund Foundation backed a bond for girls’ education based in Rajasthan, which paid out based on results. Now it is involved with two more bonds in India.

Sir Ronald Cohen, the veteran social impact investor, is gearing up for far larger “education outcome funds” linked to results and backed by private capital in India and Africa.

As with health, much funding for education in lower and middle income countries is coming from parents paying out of their own pockets. That may be a pragmatic response to gaps in public sector provision, and lead to better results. Yet this also raises concerns about durable standards, the quality of provision and equity.

Private investors often support activities which “cherry pick” middle class people for health and education support. That approach can further undermine provision for the poor by hiring away the best doctors and teachers.

“Education generates high returns for inclusive growth, employment and health — but the sector is chronically under-funded by governments and aid donors,” says Kevin Watkins, chief executive of Save the Children UK. “They need to expand education funding and increase the share of that funding that goes to the poorest.” 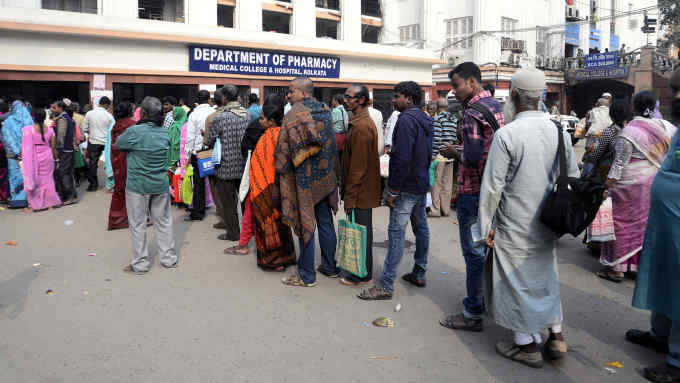