To really enjoy Patricia Lockwood’s debut novel, the latest in a flourishing genre of fiction about the experience of living online, you’ll need a working understanding of what’s intangibly funny about the internet. If you don’t intrinsically know what a meme is, you will have no idea what’s going on.

Lockwood is herself an Internet Person. Dubbed the Poet Laureate of Twitter, she wrote one of the first poems ever to go viral — a gripping commentary titled “Rape Joke” — in 2013, and she’s a pioneer of Weird Twitter, a subculture of internet humour that is irreverent and loosely punctuated (example: “@parisreview So is Paris any good or not”). Lockwood’s work defies traditional boundaries: she is a cultural critic and feature writer, the author of two books of poetry, a best-selling memoir — Priestdaddy (2017) — about her Catholic upbringing in the Midwest, and now No One Is Talking About This.

Like Lockwood, the novel’s nameless protagonist has built a massive following in what she calls, apocalyptically, “The Portal.” What started with a viral post asking “Can a dog be twins” has quickly developed into a career, in which she travels the world explaining internet culture to people who are themselves deeply online. She is married to an equally sardonic husband and has a cat named Dr Butthole. She spends her waking hours scrolling and can no longer feel her first fingertip.

The book is short, about 200 pages, and broken into handfuls of sentences that tend to follow a certain formula, beginning with a philosophical musing which is undercut with a raunchy, weird or funny punchline. On the character’s changing political views, for instance: “Slowly, slowly, she found herself moving towards a position so philosophical even Jesus couldn’t have held it: that she must hate capitalism while at the same time loving film montages set in department stores.”

Lockwood expertly replicates the experience of sifting through disparate moments on Instagram, TikTok or Twitter, past memes that deliberately move your eye around an image to hit the joke at just the right time. By the end of part one, the reader is exhausted by the sheer volume of hot takes. As her heroine puts it: the portal “had once been the place where you sounded like yourself. Gradually it had become the place where we sounded like each other, through some erosion of wind or water on a self not nearly as firm as stone.” She asks: “Why were we all writing like this now?”

Then comes part two: much darker and somehow a great relief. A family medical emergency — her sister’s new baby has a degenerative illness, diagnosed before birth — pulls Lockwood’s protagonist out of the portal and back into real life. From here on in, the novel becomes human, more loving, an ode to life and the fleetingness of time. “Something about the rawness of life with the baby was like the rawness of travel, the way it laid you open to the clear blue nerves. You were the five senses pouring down an unknown street.”

Half online, half off, No One Is Talking About This takes us on a complex journey that ends with a simple moral: real life matters more. After 100 pages of quippy, exasperating irony the reader craves earnestness and then earns it. The question that lingers, though, is: how long until we are inevitably sucked back in?

No One Is Talking About This, by Patricia Lockwood, Bloomsbury Circus, RRP£14.99, 224 pages 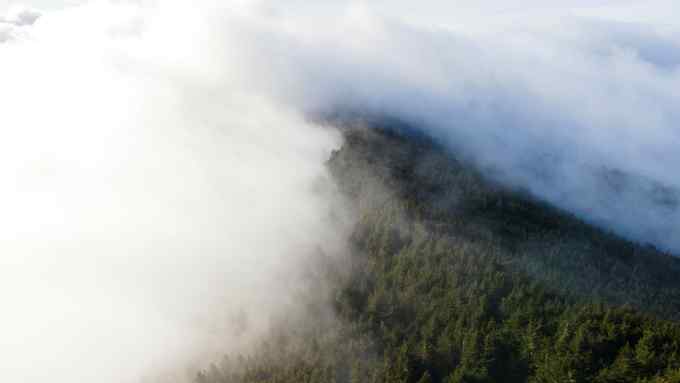