Joe Biden sworn in as 46th US president

Joe Biden hailed the resilience of US democracy and appealed for unity in a polarised nation as he was sworn in as the 46th president, completing a tumultuous transfer of power that was marred by the deadly attack on the Capitol.

In his inaugural address on Wednesday afternoon, Mr Biden did not mention Donald Trump by name, but said the foundations of the country’s political system had been tested by his predecessor’s refusal to concede defeat.

In a 20-minute address delivered in a conversational tone, he called on Americans to come together to tackle the pandemic and economic downturn during what he described as a “winter of peril and significant possibilities”.

“My whole soul is in this: bringing America together,” Mr Biden said, in a clear break from the divisiveness of Mr Trump, adding that “politics doesn’t have to be a raging fire”.

“We must end this uncivil war that pits red versus blue, rural versus urban, conservative versus liberal,” he said.

We must end this uncivil war that pits red versus blue, rural versus urban, conservative versus liberal

Mr Biden’s oath of office was administered by Supreme Court Chief Justice John Roberts in the presence of congressional leaders from both parties and former presidents including Barack Obama, Bill Clinton and George W Bush — but not Mr Trump, who refused to participate and flew to Florida on Wednesday morning.

The ceremony, which was heavily guarded by 25,000 troops, took place on the steps of the US Capitol ahead of Mr Biden’s inaugural address just two weeks after the seat of American democracy was attacked by pro-Trump rioters, leaving five people dead.

At 78 years old, Mr Biden is the oldest incoming US president — and he will be joined in governing the country by Kamala Harris, the former senator from California, who will serve as the first female, first black and first Asian-American vice-president. She was sworn in by Supreme Court justice Sonia Sotomayor, after Lady Gaga sang the National Anthem and before a performance by Jennifer Lopez.

Mr Biden also called for Americans and US lawmakers to rally around his sweeping agenda of economic and social relief in the midst of the pandemic. The incoming president has called for large-scale government spending and some tax increases to stimulate the recovery and redress entrenched economic and racial inequalities. “It’s time for boldness, for there is so much to do,” he said.

“Together, we shall write an American story of hope, not fear, of unity, not division, of light, not darkness,” he said at the end of his address. “A story of decency and dignity, love and healing, greatness and goodness.”

US politics & policy
Biden-Harris: what you need to know 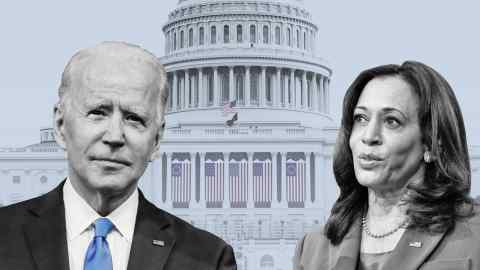 Mr Biden also vowed to “repair our alliances and engage with the world once again” after the tensions under Mr Trump. He promised that the US would “lead, not merely by the example of our power, but by the power of our example”.

Mr Biden quickly moved to sign a barrage of executive orders later on Wednesday, reversing some of Mr Trump’s most controversial policies in areas ranging from climate change to immigration.

Globally, Mr Biden took executive action to rejoin the Paris climate accord and was expected to halt its withdrawal from the World Health Organization.

Anthony Fauci, the US health official who was often at odds with Mr Trump over the coronavirus response, will participate in this week’s executive board meeting at the WHO as head of the US delegation.

In addition, Mr Biden will stop the construction of the border wall with Mexico that was championed by his predecessor. He will also roll back the travel ban on citizens of certain Muslim countries introduced at the beginning of Mr Trump’s administration.

The president will also send an immigration reform bill to Congress that creates an eight-year pathway to citizenship for undocumented immigrants. The bill will need to be approved by both the House of Representatives and the Senate to become law. 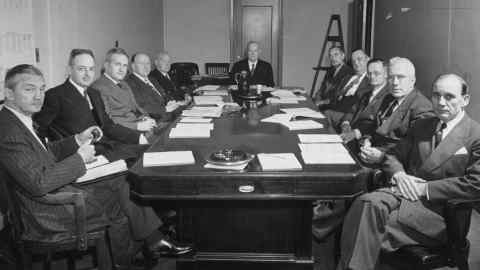 Democrats will take control of the upper chamber of Congress on Wednesday afternoon, after Ms Harris’s replacement and two Democrats from Georgia, Raphael Warnock and Jon Ossoff, take their seats in the Senate.

Mr Biden also plans to move to reverse some of the environmental deregulation pursued by Mr Trump.

The new president aims to rescind the permit for the Keystone XL pipeline connecting the US with Canada. “Its construction was not consistent with addressing the climate crisis to the depth and scope that we are planning to address it,” said Gina McCarthy, the incoming White House climate tsar.

Ms McCarthy said the Biden administration would place a temporary moratorium on all oil and natural gas leasing activities in the Arctic National Wildlife Refuge.

On the economic front, Mr Biden will ask US government agencies to consider extending moratoriums on evictions and foreclosures, and extending the pause on interest and principal payments for federal student loans.

In terms of racial justice, Mr Biden moved to rescind Mr Trump’s “1776 commission”, which was set up by the outgoing president to “restore patriotic education to our schools” and was criticised for seeking to erase the history of racism in America.