Christine Lagarde shows how to deal with imposter syndrome

She may not be the best qualified candidate for ECB chief, but she is not there by chance
Anne-Sylvaine Chassany 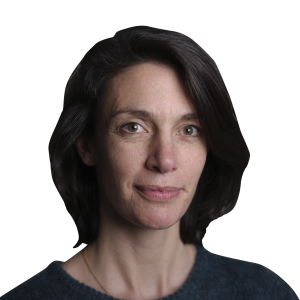 Once again, Christine Lagarde is breaking the glass ceiling — and facing a chorus of doubters. They have valid concerns this time.

Ms Lagarde is not a monetary policy specialist or an economist by training, skills which, in a perfect world, ought to be part of the job description to succeed Mario Draghi at the helm of the European Central Bank. The eurozone crisis underlined how critical the institution is to the still incomplete currency union and emphasised the outsized role of the ECB chief in swaying the bank’s council over untested policies.

Yet her nomination conveys a positive message to women having to deal with another kind of critic: the inner voice of self-doubt psychologists call imposter syndrome. This feeling of “not being up to the job”, first described by US researchers Pauline Rose Clance and Suzanne Imes in 1978, disproportionately affects women in senior jobs and partly explains why they often hold back from pursuing top leadership roles.

In 2017, Feminist Fight Club author Jessica Bennett suggested Ms Lagarde might not be immune to it. The managing director of the IMF “overprepares regularly”, Ms Bennett wrote. She quoted Ms Lagarde saying: “When we work on a particular matter, we will work the file inside, outside, sideways, backwards, historically, genetically, and geographically. We want to be completely on top of everything, and we want to understand it all, and we don’t want to be fooled by somebody else.”

Consider this. Ms Lagarde has faced accusations of incompetence ever since she stepped into the spotlight as a political novice in Nicolas Sarkozy’s government. Her ascent may seem stellar, but there have been lows.

A few days before Christmas 2016, I watched her as she sat in the front row of a small wood-panelled courtroom in Paris — the same one in which Marie-Antoinette received her death sentence during the French Revolution. Her back to us reporters, and a signature shawl around her neck, she took notes as former finance ministry colleagues described her failings in preventing an allegedly fraudulent €403m state payout to businessman Bernard Tapie when she was minister.

She should have known, they claimed. I might have been “deceived” by my staff, she said. She missed a vital memo that raised the alarm, they pointed out. “I received between 8,000 to 9,000 notes per year,” she pleaded. Although spared a prison sentence and a fine, she was found guilty of negligence, though the court decided the conviction would not constitute a criminal record, and on Tuesday, Mr Tapie and Ms Lagarde’s then chief of staff Stéphane Richard were acquitted over the same affair.

It could have been fatal to her career. Yet in Washington, Brussels and Davos, the former corporate lawyer had amassed enough political capital to keep her IMF job, overseeing troops of economists and bailout programmes around the world. She might not have been an extraordinary French finance minister and it is too early to judge her legacy at the fund. But she has survived, proving that a woman can succeed in those jobs.

A handwritten, undated letter to Mr Sarkozy that investigators found in Ms Lagarde’s apartment during the Tapie affair triggered snarky comments at the time, but offers a glimpse into some of her tricks.

“Use me as long as you wish and as long as it suits your action and [cabinet] make-up,” she wrote. “If you use me, I need you as my guide and supporter: without a guide, I risk being ineffective, without support, I risk lacking credibility. With my immense admiration, Christine L.”

Beyond the excessive flattery, she intended to remind the president that her failure would be his too.

As for the ECB, Ms Lagarde may not be the most qualified candidate, but other more obviously suited choices, such as German central bank governor Jens Weidmann, who opposed Mr Draghi during the eurozone crisis, would have raised other sorts of concerns.

Ms Lagarde will rely on different talents. “She has a great international reputation, she has a great understanding of situations, [in public] she has never made one blunder, not a single gaffe,” said a former central bank official who attended international meetings with her. “It is a risky choice for the ECB, but she has not arrived here by accident.”

This article has been revised to reflect the acquittal of Mr Tapie and Mr Richard on July 9, 2019

Get alerts on Christine Lagarde when a new story is published 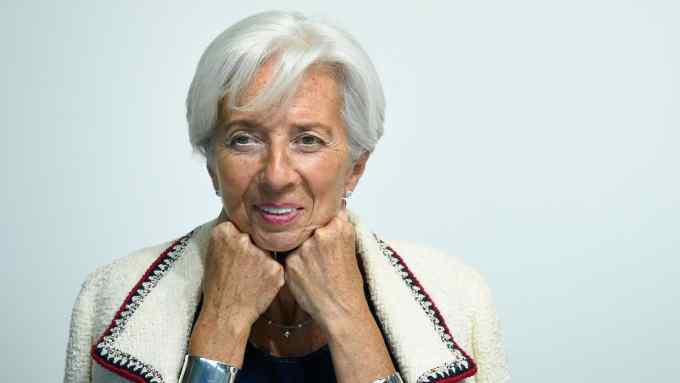 As new leaders prepare to tackle the Union’s formidable challenges, Ursula von der Leyen’s role is uncertain and if Christine Lagarde is confirmed as ECB president the IMF will need a new chief. Here’s the best of this week’s comment and analysis.