Snapshots of diabetes: how four different regions tackle the disease

Healthcare workers, scientists and politicians are contending with a big increase in patient numbers

When Dre Johnson, the main character from popular American TV show Black-ish was diagnosed with diabetes in 2017, it highlighted a genuine issue for many people.

African-American adults are 60 per cent more likely to have diabetes than white Americans.

While at first mistakenly thinking diabetes is curable, Dre, played by Emmy-nominated actor Anthony Anderson, who has diabetes in real life, learns how the disease can be managed through medicine and a healthy lifestyle.

In the US, where pop culture is king — and prescription drug prices per capita are also the highest in the world — the show is performing a public service. Though the number of Americans diagnosed with diabetes is steadily climbing, Black-ish quietly makes clear that they can still live a normal life.

That message should resonate far beyond the US. The number of adults with diabetes is expected to rise from 463m currently to about 700m by 2045.

How they, like Dre, will live with their condition depends on many things: scientific research, government policies, social initiatives, educational approaches and access to healthcare.

Different countries take different approaches: from calls to cap drug prices in the US to free wellness classes in Singapore . . . and, in Uganda, pioneering research into the genetics of African populations.

Last year more than 6,000 Ugandans were sampled for a research study of the human genome — the largest of its kind in Africa.

One key finding, says Inês Barroso, professor of diabetes at Exeter University and one of the study’s authors, was that genetic variants that are common among Ugandans are absent or very rare in European populations.

“We know, obviously, the environment plays a huge role but there’s a different genetic predisposition in individuals that can respond to those environments in different ways,” she says. “A lot can be done in European populations to understand the genetic bases a bit better but there’s very little space in lower/middle income countries.”

The study, conducted by a global team of academics and the Uganda Medical Informatics Centre, gave new insights into links between genes and non-communicable diseases such as diabetes.

In time, that could lead to superior treatments. Meanwhile, says Prof Barroso, the study underlines that scientists must be wary of extrapolating from genetic data drawn predominantly from people of European ancestry.

But many Africans with diabetes have more pressing concerns — such as access to healthcare. One project that is attempting to remedy that is the Rutsanana Polyclinic in Harare.

Located in Glen Norah, one of the Zimbabwean capital’s poorer neighbourhoods, Rutsanana has been called a “life-saver”. It offers tests and treatment for diabetes, tuberculosis and HIV.

In the US more than 100m people are living with diabetes or prediabetes according to the Centers for Disease Control. While they are not short of information — thanks in part to TV shows such as Black-ish — what many find harder to come by is the money to treat their condition.

Americans spend more on prescription drugs than anyone else in the world. While some Democratic presidential hopefuls, notably Bernie Sanders, have pushed for universal health coverage, it is still a long way off.

This has led diabetes sufferers who are unable to afford insulin into poverty, ill-health or both. Others, within striking distance of the border, make regular trips to Canada, where insulin is far cheaper.

Some states have tried to take matters into their own hands. In Connecticut, legislators want to cap insulin costs at $50 a month. In Arizona, lawmakers tried unsuccessfully to have drug or insurance companies refund citizens when insulin price increases outstrip inflation.

Federal politicians are trying to find solutions as well. The Insulin Price Reduction Act, a bill making its way through Congress, seeks to provide patient protections by encouraging insulin manufacturers to reduce the list price of all insulin products to 2006 levels.

Other bills include similar provisions. Whether or not any of them become law, it is clear that the world’s richest country will have to tackle healthcare costs if it is to deal with diabetes.

The frontline in Leeds

Lead nurse Natasha Kelly says that while her job is challenging, there is nothing else she would rather do.

For the past three years, she has been fighting diabetes on the frontline at Leeds Teaching Hospital (LTH) in West Yorkshire.

Some 3.7m people in the UK, or 6.6 per cent of the population, have been diagnosed with diabetes. In some areas the figure is much higher: Bradford, for example, which is 10 miles away from LTH, has a diabetes prevalence of 10.4 per cent.

“We find there is a level of poverty and other things like someone’s background that contributes and complicates things like them developing diabetes,” Ms Kelly says.

In 2017, she was hired by LTH on the back of a £1.3m grant from NHS England that focused specifically on aiding efforts to curb the rise of diabetes.

The money enabled LTH to increase the uptake of structured education for patients with type-2 diabetes, to hire more specialist nurses and to expand a multidisciplinary footcare team to speed up referrals and reduce the number of amputations.

Ms Kelly says LTH provides education for patients of different ethnicities, as well as tailoring treatment to the different types of diabetes that are linked to ethnicity.

She adds that diabetes has been pushed to the top of the UK’s health agenda because of the economic cost. The country spends an average of £10bn a year fighting diabetes.

While Ms Kelly welcomes extra funding for diabetes treatment, she says it would be still better if people lived healthier lifestyles that would prevent them from developing the disease.

In 2013, the Sunrise in the City programme was launched with the aim of helping adults start their day by exercising. In 2018 it was scaled up to make fitness sessions available during lunchtime and on weekends.

The programme includes high-intensity workouts, climbing, piloxing — a mix of pilates, boxing and dance — and family activities that are intended to cater to people of all ages and fitness levels.

Other developed nations in Asia see Singapore as an example, though its poorer neighbours may struggle to emulate it.

In 2017, Singapore, which has a population of about 5.6m, spent close to $1bn on diabetes. The number of people with diabetes in the country keeps rising, however, and is expected to hit 1m people by 2050 — the Health Promotion Board has its work cut out. 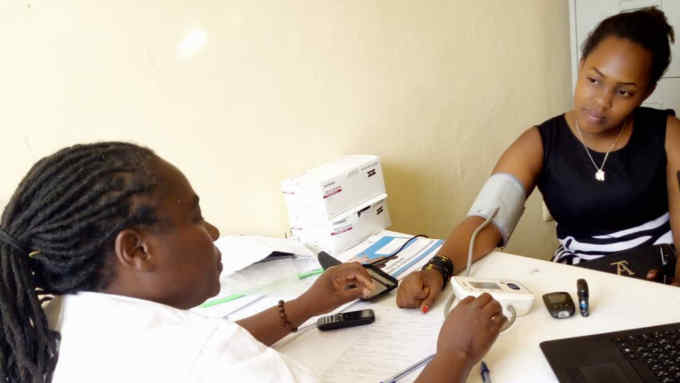